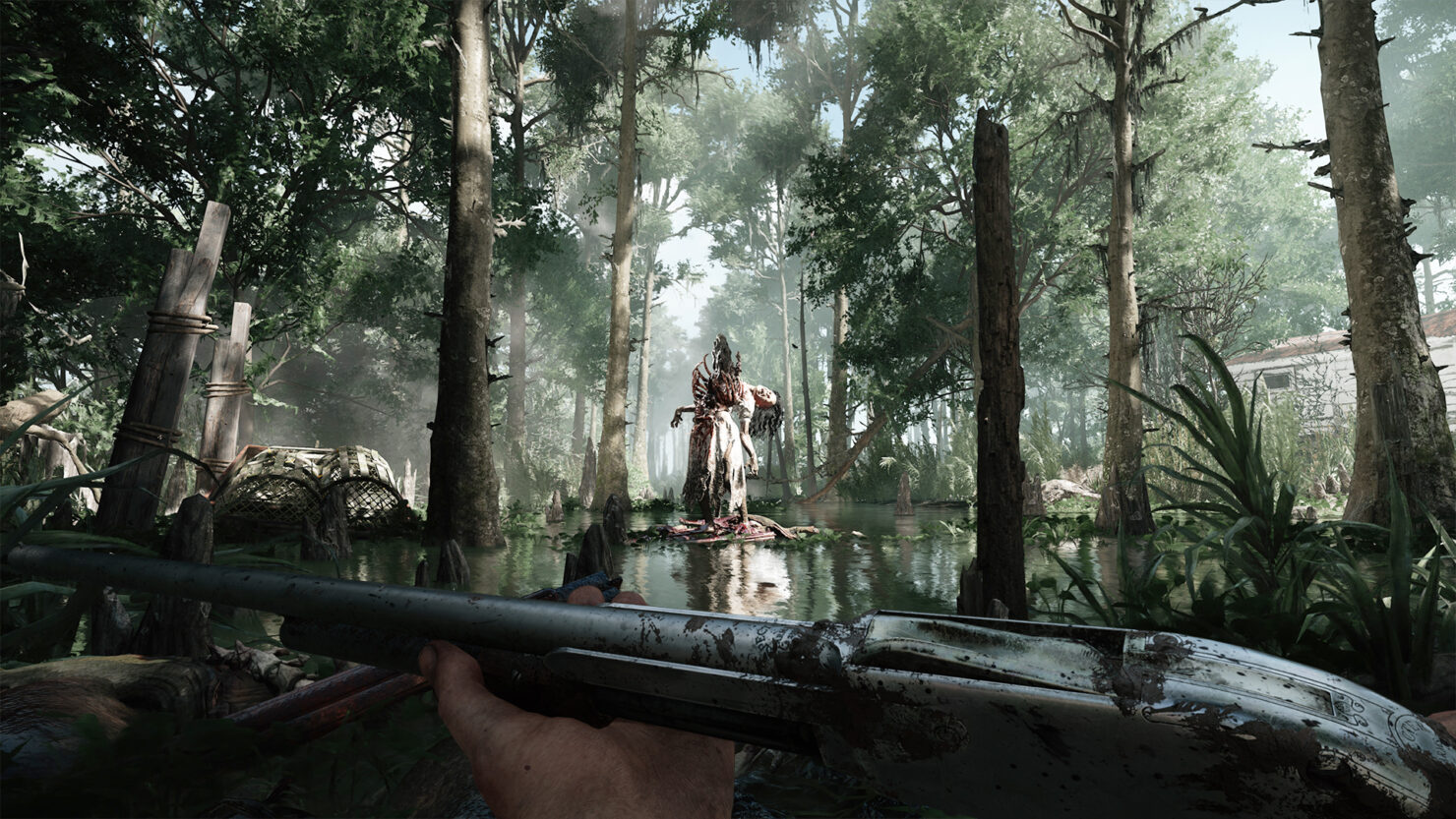 Seeing the reactions of the community and working closely with their feedback to fine-tune the direction of the game has been an incredible process. It feels like a truly collaborative process, and the game is all the better—and more fun—for it.

Below you can find the update trailer and the full patch notes. Hunt: Showdown is available now on Steam for $29.99.

With this update we are adding a number of additional weapons and equipment to aid Hunters in stealthy game play. This will be great for solo players, who now have more options available to them, if they choose to remain in the shadows. For teams, it is also much easier now to come up with combos that compliment your loadout, adding a silent option for those times when being loud is just not an option.

With this update we are introducing a new setting – Fog time of day. This setting challenges players with reduced visibility while facing the dangers of the swamp.