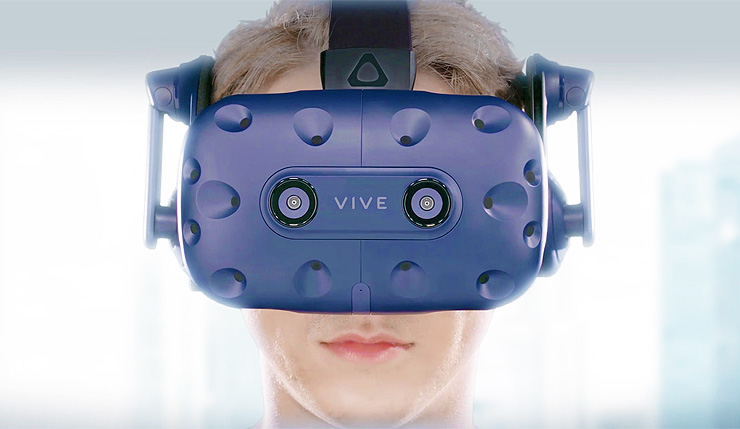 The next step in consumer-level virtual reality tech is nearly here. HTC has just opened pre-orders for the Vive Pro HMD, a souped-up version of their successful virtual reality headset. The Vive Pro boasts increased 2880x1600 resolution, built-in “3D spatial audio” headphones, new wireless tech so you won’t be tripping over cords, and more. Of course, all these fancy new features come at a price – the HTC Vive Pro HMD will set you back a whopping $799. 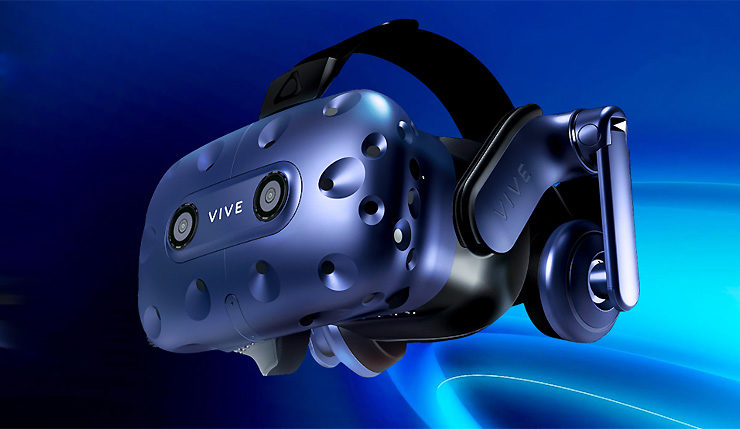 Here’s the official rundown of the Vive Pro’s features:

See the difference with VIVE Pro. The all new screen panels dazzle the eye and sweep you away into your wildest imagination. Uncompromising, super-rich colors and details bring objects to life like never before. 2880x1600 resolution means a 37 percent PPI increase and 78 percent pixel increase.

The redesigned face cushion and nose pad block even more light, which deepens your sense of presence while using VIVE Pro. The face cushion contours to most face shapes with new cloth-lined foam, while the nose rest covers any nose shape thanks to a unique flower petal-inspired design.

Hear every world as intended by its creator. The Hi-Res certified HMD and headphones are now integrated with 3D spatial sound to deliver for true-to-life immersive audio. The powerful amplifier is capable of driving high-impedance headphones - creating soundscapes that will change your world. The dual microphones allow for active noise cancellation as well as enabling Alert Mode and Conversation Mode - so you hear your surroundings and VR realities without the need of taking off the headset.

VIVE Pro is engineered from top down for optimized ergonomics. Just place the headset on your face, slide the strap over your head–it’s done. The new chassis evenly distributes the weight of the device to achieve an optimal center of gravity - creating comfort in VR that is unlike any other.

Expand your horizon and invite your friends. With multiple base-stations, more space is tracked, and you can engage in new multiplayer experiences.

For the first time, the best virtual reality is available without a cord thanks to Intel WiGig technology. Experience true freedom and the best tracking experience. Lose the cable and enjoy true freedom with the most powerful VR wireless solution - Vive Wireless Adapter. Untethered VR beyond 360º degrees.

Here’s what kind of rig you’re going to need to use a Vive Pro:

HTC Vive Pro HMD pre-orders begin today, with the new headset shipping on April 5. Those who order before June 3 will get 6-months of free access to Viveport, a subscription service which lets you download five games of your choice each month. You can pre-order right here.

It should be mentioned that some of the features listed above, specifically the Vive Wireless Adapter and multiple base-station support, won’t be available at the launch of the Vive Pro. The Vive Wireless Adapter, which will be sold separately, is expected to launch sometime this fall. A bit of a bummer, as being able to play without wrapping yourself in cords is definitely one of the Vive Pro’s most enticing features.

What do you think? Eager to get your hands on the latest bleeding edge VR tech? Or is the HTC Vive Pro too rich for your blood?