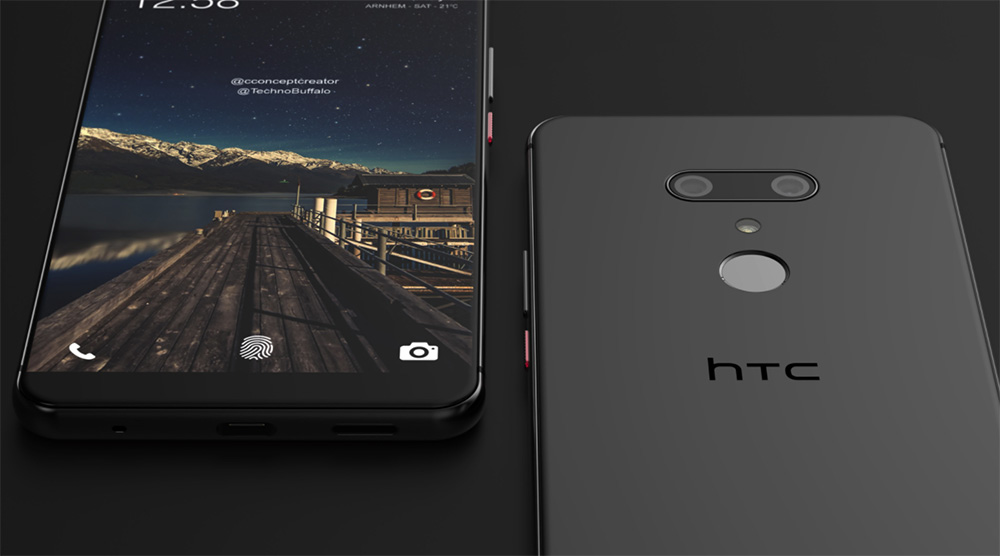 A little over a week ago, an alleged image of the HTC U12 Plus was circulating on the internet. Now, we have got our hands on some high quality renders which are based on the previous leaks. Needless to say, if the flagship anything remotely close to these renders, then HTC will be able to create a worthy flagship to take on the likes of the Galaxy S9 family and other devices said to fall in the Android flagship lineup.

Concept Creator, a 3D artist is the one to thank for these amazing renders which give us a fairly good idea of what the upcoming HTC smartphone would look like, based on the leaked images. The smartphone seems like a total winner, at least aesthetically. It has a glass back panel coupled with thin bezels, dual cameras, and a stunning design overall.

The renders also show color power buttons which we hope to on the final device too. The HTC U12 Plus is expected to have a 6-inch, 18:9 display with a QHD+ resolution. It will be powered by Qualcomm’s Snapdragon 845 SoC, which is the only choice that the Taiwanese manufacturer has at this point.

Alongside the SoC, the HTC U12 Plus will also sport 6GB of RAM and 128GB of internal storage. There is also a chance that the flagship will feature 256GB of internal memory, according to a previous hardware specifications leak and the battery capacity is going to be a beefy 3,420mAh cell.

The phone will also sport a dual rear camera set up (16MP + 12MP). There will two 8MP selfie cameras on the front too. One of the cameras will most likely be a wide angle shooter while the other one would be a regular camera. However, not much can be said about the rear cameras at the moment. The phone will probably be IP68 certified too and will be running the latest version of Android 8.0.

Did you enjoy these renders? We certainly hope the final product will look like this.