While it's true that there are numerous iPhone 7 concepts floating around the Web, but there are only a handful of them that fall under the 'sane' category. But every once in a while we will stumble on something that catches our attention, and then there's something that leaves us in complete awe. Today happens to be that day where we have stumbled upon concept gold, which not only looks awesome, but is perhaps the most elegant iPhone 7 concept we have seen to date in a lot of ways. 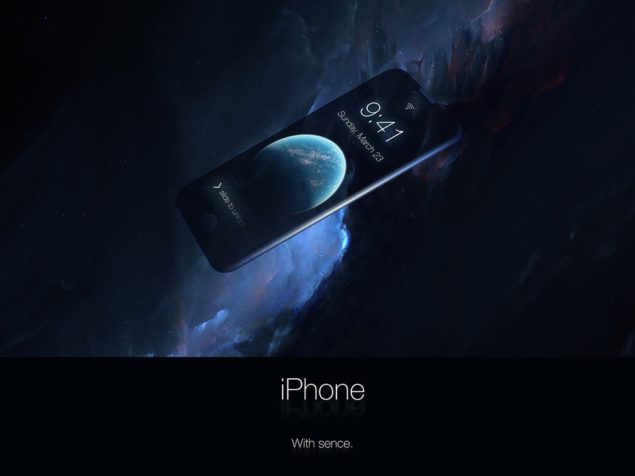 Created by Herman Haidin, the concept features a 5-inch display that adorns the entire front panel of the device. There are no bezels, just a pure display to glance at, and quite frankly, it looks beautiful, and doesn't sway away from Apple's design language. Furthermore, the display also works as a solar panel, which will charge your iPhone when you use it outdoor. A+ for that idea.

There's also a display on the back as well, allowing users to customize it to their liking, with space for certain widgetsl.

The device is imagined to be just 3mm thick, which might seem overkill and something which we will definitely not see this year in the iPhone 7, but the creator of this concept says that this will be achieved if the device loses all the connectors in favor of going absolutely wireless. So yes, there will be wireless charging on board, and of course, no headphone jack.

There are other quirks tossed into the mix as well, such as complete waterproofing, allowing you to take your iPhone for a swim along with you, and topped off with iDiver software, you can shoot using the camera underwater as well.

Check out the entire concept below and see for yourself the greatness it brings with it.

While the tech used in the concept might be a little too far fetched, and something we will definitely not see for at least a couple of years, but it does give us a good glimpse of what to expect from future mobile devices such as the iPhone.

It's also quite possible that we might not see a sudden shift in design just yet, after all, there are a lot of things that need to be figured out before manufacturers make such a gigantic leap. For instance, battery life, and how will it be handled in such a thin form factor.

We'll sure someone will have it figured out. Eventually.