Over the past couple of days, we've been seeing more and more news about the HTC Hima or the HTC One M9. Most of these are generally related to prototypes of the devices appearing, that suggest someone over at HTC must have some very sticky hands indeed. But in an interesting turn of events, it seems like HTC's counting on the internet hype created by leaked prototypes and has been leaking fake modules of the HTC Hima on purpose. 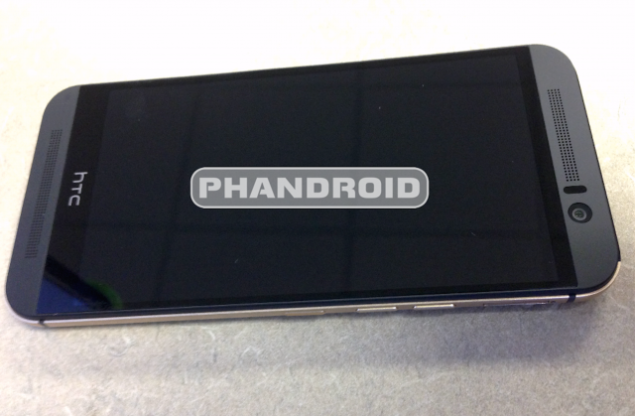 We've seen quite a lot of alleged HTC prototype leaks over the past couple of days. Nearly all of these showcase very few design changes on the HTC flagship, and lead to speculation that perhaps the Taiwanese manufacturer isn't thinking too big when it comes to its next flagship device. And given the increasing amount of competition in the Android world these days about flagship device, such a choice wouldn't work too well in HTC's favor.

However, a new report now ends up adding more spice to the mix. According to a report by the blog HTCSource, the images and modules of the HTC Hima making rounds on the internet are real, but they do not end up representing the actual device. According to HTCSource, the images do not represent the actual final design on the HTC Hima. The device will also end up featuring an edge to edge glass panel supplemented by BoomSound speaker slits on the top and bottom from of the device.

The front camera of the HTC One M9 will be similar to the one found on the Desire 826, with the camera lens being large and placed right at the center above the display of the phone. Just goes to show how often we must take news and rumors circulating on the internet with a grain of salt indeed. Stay tuned, we'll keep you updated as this develops.