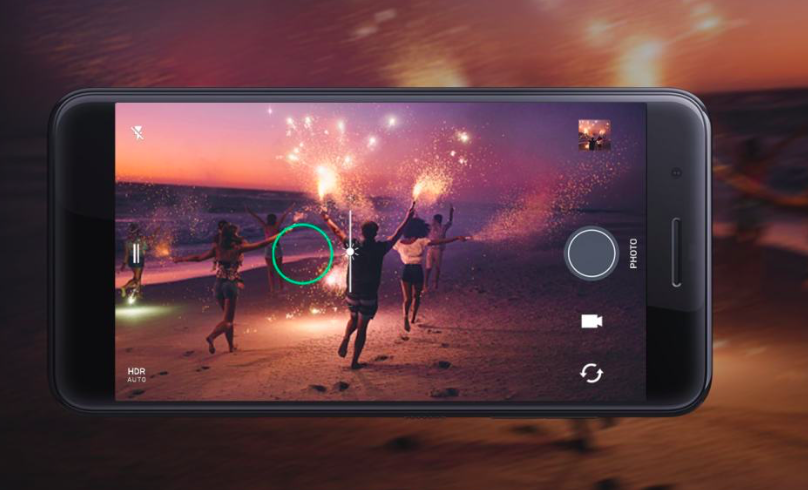 HTC has added yet another handset to its mid-range "One X" lineup, dubbed as the HTC One X10. The design of the X10 is inspired by HTC's previous metal body phones. For now, the device has been listed in Russia for 19,990 Rubles (around $355).

The One X10 features a 5.5-inch full HD 1080p display and a massive 4000mAh battery, which is touted by the company to offer two-day backup. The phone's back panel will remind you of HTC's One M series featuring fingerprint scanner on the rear while the front panel is reminiscent of the HTC 10.

It comes powered by a MediaTek Helio P10 chipset paired with 3GB of RAM. There is 32GB of internal storage, which is expandable up to 2TB via microSD card. The phone supports dual-SIM connectivity along with 4G LTE compatibility for both the SIM slots. Other connectivity features on the phone include - Bluetooth 4.2, Wi-Fi 802.11 a/b/g /n (2.4 and 5GHz), DLNA, GPS, GLONASS, and Miracast.

The phone runs HTC's Sense software, and the company has not yet specified the Android version. However, we can expect that it could be Android 6.0 Marshmallow as the company is shipping its MediaTek-based phones like HTC U Play with the same old Android version (v 6.0). The phone will go sale in Russia by the end of this month in Black and Silver color options.

HTC has not yet revealed its global launch plans for the HTC One X10. Also, the specs of the phone do not look powerful enough to get a global platform. It could only be a success if HTC plans to launch it on a lower pricing.

What do you think about the latest One X10 smartphone by HTC? Do you think it is worth the $355 price tag? Share your thoughts in the comment section below.