Is This The HTC One M9? HTC Employee Leaks Phone Accidentally

When it comes to the HTC Hima, one thing can be said for sure. Advertently or inadvertently, HTC has managed to drum up some significant hype about its upcoming flagship device. From leaked specifications, to more importantly leaked prototypes of the device making rounds on the internet, the HTC Hima has been a major part of smartphone news these days. Well, you can pile on more to that list of leaked images, as another picture snapped by an HTC employee sems to have mistakenly revealed the One M9's back. 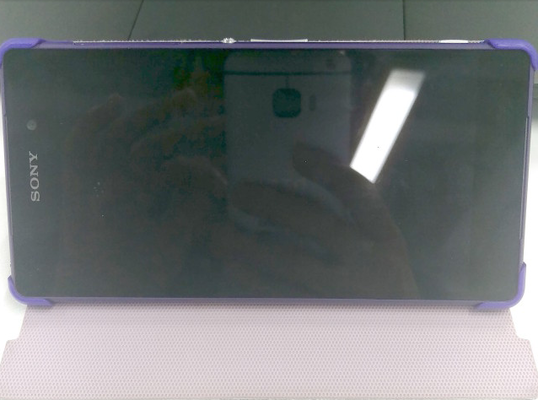 The image above follows a series of images taken by the HTC Hima as test images by an HTC employee. Luckily for us, a Sony Xperia Z2 managed to be lying around as the employee went around testing the Hima's 20 MP rear camera, allegedly manufactured by Sony. That Sony Xperia Z2 has been pictured above and in the reflection, you can see a device that appears to be HTC's upcoming flagship. The device in the reflection also ends up matching several cases manufactured for the Hima by an Asian firm, so there's more credibility to the image above.

Speaking on credibility, there's more where that came from. The image above is being said to be taken by the HTC 0PJA10. 0PJA10 is the alleged serial number of the HTC Hima that has made rounds on the internet previously, and the presence of a device that somewhat resembles the One M8, but also differs in several ways snapping the image above does end up lending quite a hefty amount of credibility to the fact that the HTC Hima might have indeed been used to snap this image. Sounds all the more interesting. We'll be sure to update you as this develops. Stay tuned.