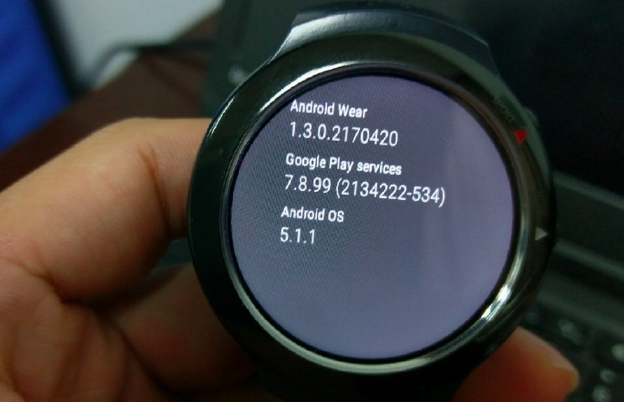 A new leak about HTC's upcoming Android Wear smartwatch has made its way to the Chinese social media website - Weibo. This new leak shows off the pictures of the smartwatch, codenamed - "Halfbeak."

The images of the upcoming HTC wearable show various features that will be a part of the package. Just like other smartwatches on the market, the HTC Halfbeak also comes with a heart rate sensor. Other information that is pretty obvious is the circular shape of the watch, like the Moto 360. Talking about other watches, the display resolution on the HTC smartwatch is 360x360 pixel that is moderately higher than other current smartwatches.

Moreover, the HTC Halfbeak also carries an Under Armor logo on the rear panel, placed above HTC logo. Interestingly, HTC and Under Armor had collaborated for another project (UA Healthbox) in the year 2016, so it is apparent with the logo that they have partnered again. One of the leaked images shows that the HTC smartwatch runs on Android Wear 1.x. Now, with Android Wear 2.0 version launch lurking around the corner (sometime in February) we can hope HTC Halfbeak to upgrade to the latest version soon or maybe come running it out-of-the-box. 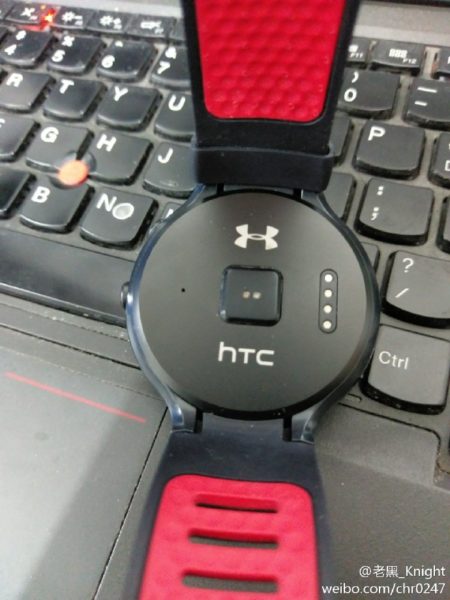 It is still unclear whether HTC Halfbeak comes with a plastic body or metal. In one of the images, we could see metal chamfered edge around the display, yet other parts of the smartwatch look like plastic. Also, Under Armour branding on the watch hints that HTC might market it as a fitness Android Wear, like the Moto 360 Sport.

Until now, there is no detail regarding the launch timeline for HTC Halfbeak, but we can expect the smartwatch to be unveiled at the upcoming Mobile World Congress (MWC) 2017, in Barcelona. It could also mean that HTC might face tougher competition as there will be other makers at the event who will be unveiling their new wearables.

At the CES 2016, Under Armour band was introduced that was a re-branded HTC Grip. Sadly, the band failed to impress the fitness wearable enthusiasts due to its appalling display and quality. Now that HTC is coming back in the game, we hope that Halfbeak proves to be a worthy contender among smartwatches by Apple, Samsung, Garmin, and others.

UPDATE: In a statement made to Android Police, HTC has squashed all the rumours surrounding HTC Halfbeak. The company said - “We're not going to have an Android watch.” Also, the leaked pictures of HTC Halfbeak that surfaced on the internet are of an old prototype that has not been under development for long.