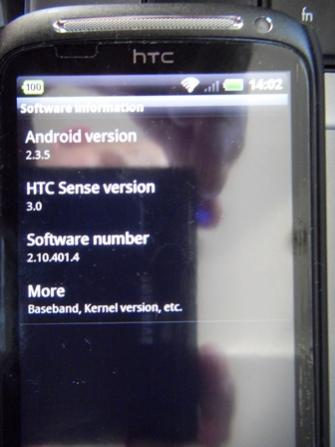 If you reside in the UK and happen to own a HTC Desire S, then you might in line to get a pretty major update. According to reports by users, the Desire S is getting an OTA update that bumps the Android version to 2.3.5 and SenseUI from 2.1 to 3.0. This means you get GTalk video plus a variety of bug fixes. As for Sense 3.0, this is the same interface you see in higher end phones from HTC like the Sensation and Evo 3D. You get the fancy lock screen and 3D effects on the home screen and widgets.

Apparently unbranded Desire S owners in the UK, as well as owners of Vodafone T-Mobile, O2 and Orange are the ones who've gotten the update thus far. To check if your phone has gotten it just go to settings>about phone>software. Don't worry if you don't have it yet. Updates usually happen in patches and you will get it eventually. It's certainly nice of HTC to bring such a major update to a relatively mid-low end. Even the Incredible S hasn't gotten any Sense 3.0 update so you have to wonder whats special about the Desire S.