Following the increasing trend in the mobile world to launch two flagship device instead of one, many fans were expecting a similar trend to be followed from HTC. But the company chose to launch only one device, the HTC One M9 at MWC this month, which led to a lot of us wondering about the future of the One M9 Plus. Well, the device may be coming soon, and its going to be everything that we've been telling you so far as not only HTC's given the date for a new event, but some more specifications and images of the One M9 Plus have also become available. 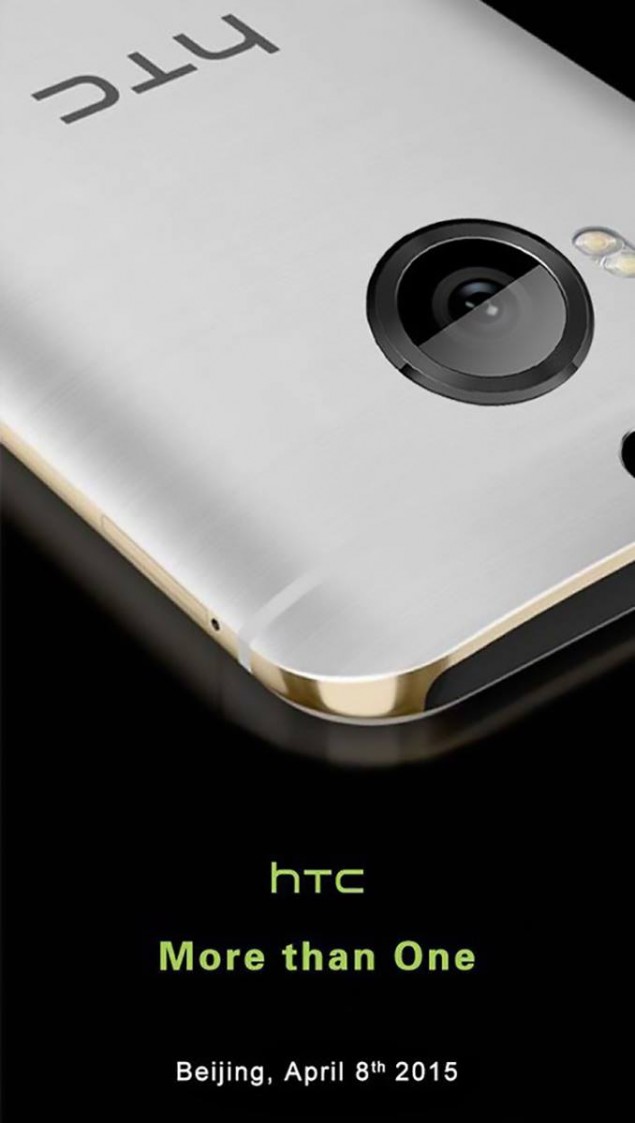 Looks like HTC loves its dual cameras since the teaser that the company has posted for its April 8th event, scheduled to be held in the Chinese capital Beijing also shows a device similar to the One M9 put with a dual camera at its rear. And speaking of the One M9 Plus, several more images and specifications of the device have been leaked today, which end up mostly resembling what we've been telling you all along.

Looks like the Spadragon 810 overheating issues really irritated some folks over at HTC, since today's images of its upcoming device show the One M9 Plus with the MediaTek MT6795T. The MT6795T is an octa-core, 64-bit chipset that comes with the PowerVR G6200 GPU on board. The question of whether the One M9 Plus for international markets will also be coming with the MediaTek SoC still remains unanswered, but we'd expect HTC to stick with Qualcomm in that department, given that the latter's SoC does end up outperforming its MediaTek counterpart in a lot of ways. Other specifications of the One M9 Plus leaked today include 3 GB of RAM and a 20 MP rear camera, effectively sealing the Ultra Pixel camp at HTC.

Looks like duo tone metal unibody has also made it on board HTC's larger screened flagship. In exactly two weeks we'll find out if HTC's planning for any major changes on its upcoming device. Both the iPhone 6 Plus and the Galaxy S6 Edge do differ somewhat from their counterparts but not in a major way. Plus, is that a fingerpirnt sensor that we see in the center of BoomSound speakers? We'll find out soon enough and have our answer to the fact that has HTC been planning some changes in the one month delay for its top tier devices? Stay tuned, we'll let you know, and let us know what you think in the comments section below.