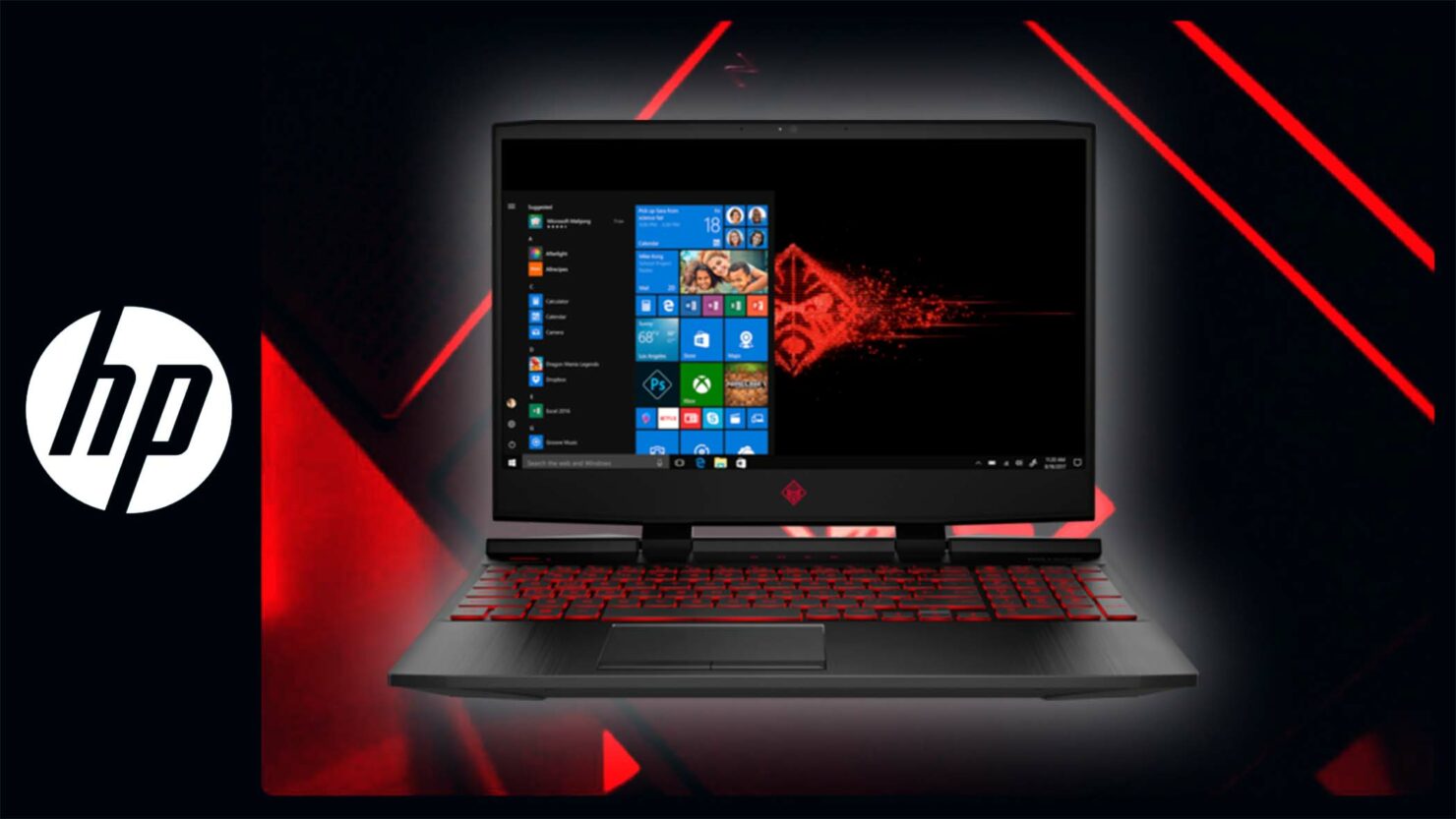 HP Inc reported its financial results for the fourth quarter of the fiscal year 2020 at market close today. The personal computer and peripherals manufacturer beat analyst estimates for revenue, GAAP and non-GAAP earnings per share. It also increased dividends by 10% to keep investors happy, and following the earnings release, the company's stock jumped by an impressive 8% in after-market trading at 16:15 EST.

Heading into HP's earnings, estimates didn't expect stellar performance from the company that is struggling to find its way in a digital world. These came despite the fact that HP was and is set to massively benefit from the change spending patterns in the wake of pandemic induced restrictions that have beefed up demand for work-from-home products; demand that has caused the fortunes of chip designers Advanced Micro Devices, Inc and NVIDIA Corporation to rise even as economic uncertainty persists in most business segments.

During its previous quarter, HP brought in $15.3 billion in revenue for a flat year-over-year change once impacts to currency fluctuations have been accounted for and for roughly $1 billion in sequential growth. The company's earnings per share (both GAAP and non-GAAP) grew during the quarter and so did its cash flow from operations, which stood at $1.9 billion to mark a staggering 219% year-over-year growth. These cash flows measure the money that a company brings in once labor, marketing, administrative, manufacturing and other costs such as raw materials have been accounted for, and they let analysts take stock of how 'lean' a company is.

Delivering deeper into the results it's clear that HP's woes with its printer segment are far from over, but the key takeaway is that the company managed to reverse the serious year-over-year drops that the segment saw in HP's third quarter. While year-over-year revenue from printing products dropped by a staggering 20% in HP's third quarter, in the fourth, it only dropped by 2%. This partial reversal was fuelled by increased hardware sales, with sales of consumer hardware growing 21% year-over-year as they fully reflected the impact of the changed working and educational environment.

HP's personal computing systems formed 68% of the company's total revenues in the quarter with notebooks nearly accounting for the bulk of the share. While the share of personal computing for the company's full fiscal year performance stayed the same (at 69%), notebook share for the full year demonstrates the impact that changed spending patterns have had on HP's performance during the quarter.

This stems from the fact that for the full fiscal year notebooks and portable computers accounted for 45% of HP's total revenues, with desktops making up for 17% of the total pie. As opposed to this, notebooks brought in nearly half, or 49% of total revenue as desktop share dropped to 15% and workstation share dropped to 4% from 7% for the full year. 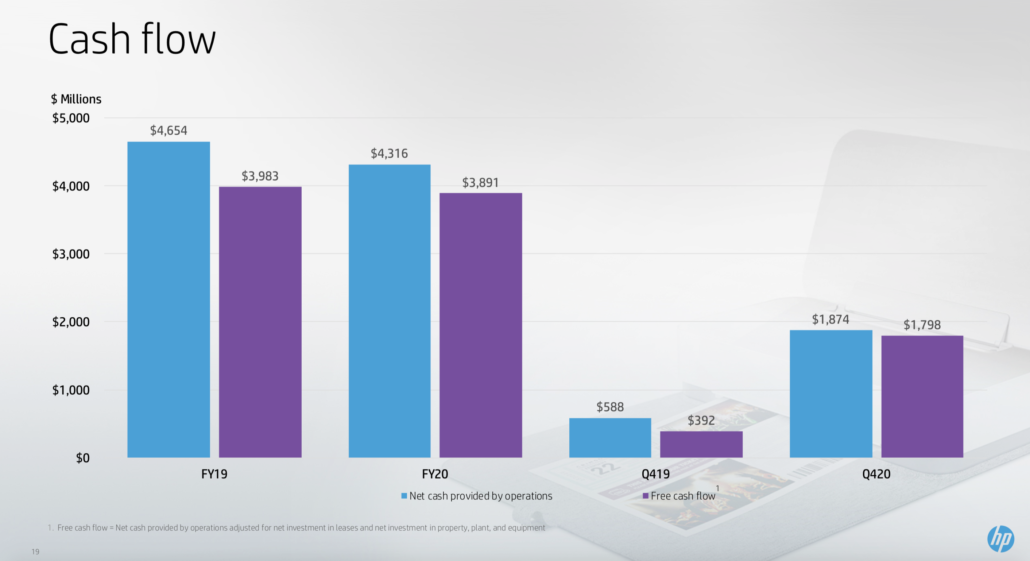 HP Inc's free and operational cash flows for the fourth quarters and fiscal years 2019 and 2020. As is clear, while operating cash flows grew in Q4, this wasn't sufficient to drive a full, fiscal year growth. Image: HP Inc Earnings Announcement Presentation For Q4 and FY 2020

Additionally, 71% of HP's $10.4 billion of Q4 personal computing revenue came from notebook sales even as the company struggled to maintain control over its costs for the segment.

For the full fiscal year, HP brought in $56.6 billion in revenue, accounting for a 2.3% year-over-year drop in constant currency terms. To keep investors happy and maintain its image of a cash healthy stock, HP also declared a quarterly cash dividend of $0.1938/share. At the end of its first quarter of 2021, the company expects to bring in diluted GAAP EPS ranging in between $0.58 - $0.64 and diluted non-GAAP EPS ranging in between $0.64 - $0.70. This marks year-over-year growth in both metrics.