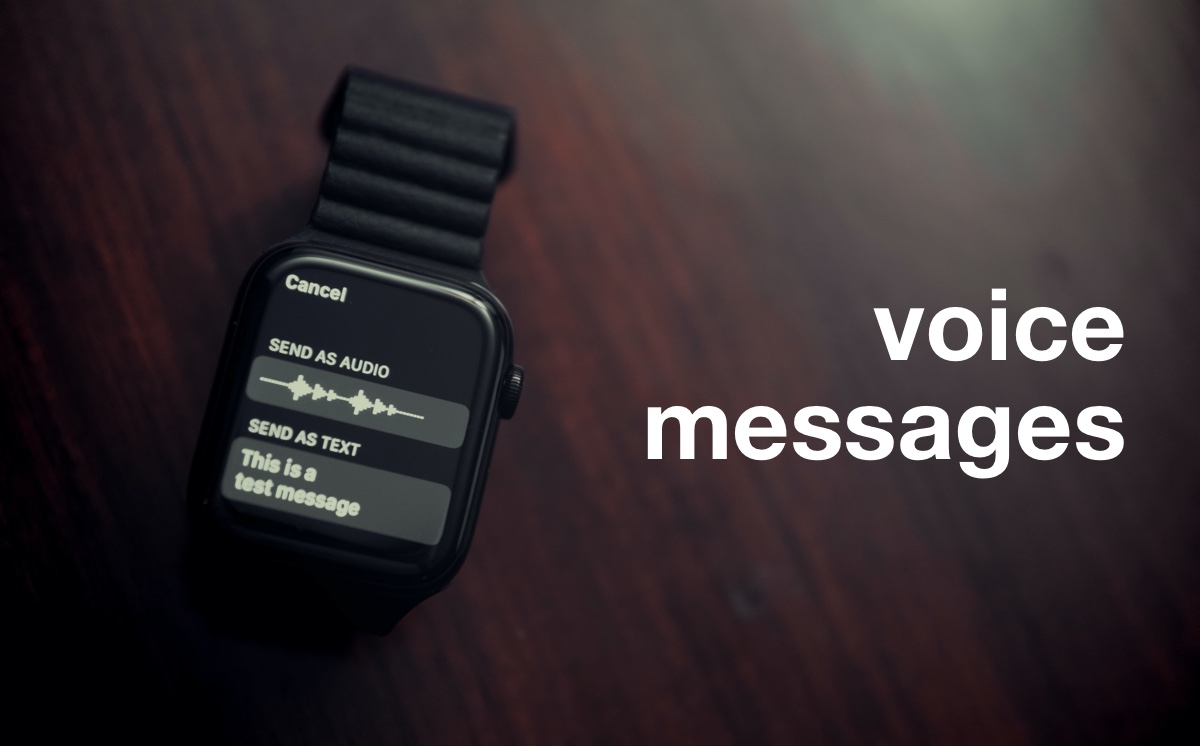 Here's how you can send voice messages from Apple Watch running the latest watchOS 6 software update. You can switch to transcript any time you like.

Send Voice Messages from Apple Watch and Keep Conversations as Human as Possible, Or Switch Back to Transcript if You Like

In recent watchOS updates, Apple made a choice where replying back to a message using the 'dictation' feature would simply create a transcript of what you said and send that to the user on the other end. Previously, a voice message would be sent by default. So, in case you were wondering how you can send voice messages from Apple Watch running watchOS 6, we'll show you how to do it. But we will even take things up a notch with a great little option that will even ask you whether you want to send a transcript or a voice message.

Step 1. Launch the Watch app on your iPhone.

Step 2. Scroll down and then tap on Messages.

Step 4. You have three options here:

Select Transcript or Audio. With this choice, whenever you start recording your message on your Apple Watch, watchOS 6 will ask you whether you want to send the transcript or an audio message. It's basically giving you a choice. 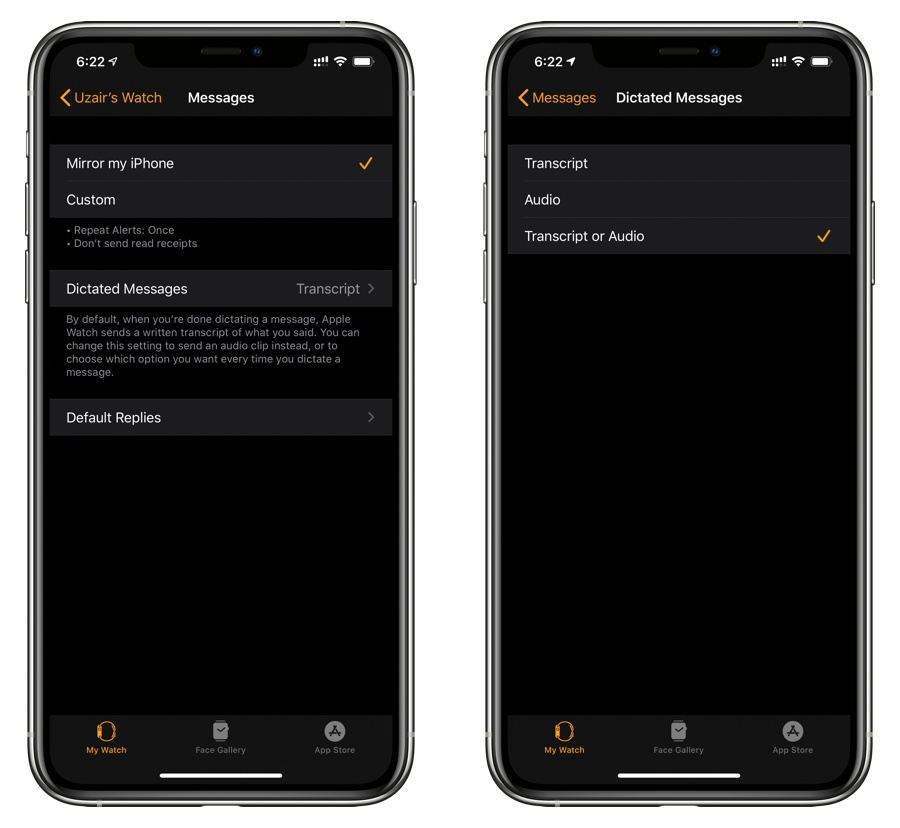 Step 5. Open up a conversation thread in Messages app on your Apple Watch and then tap on the mic icon to start recording a message.

Step 6. Tap on Done when you are done recording a message. 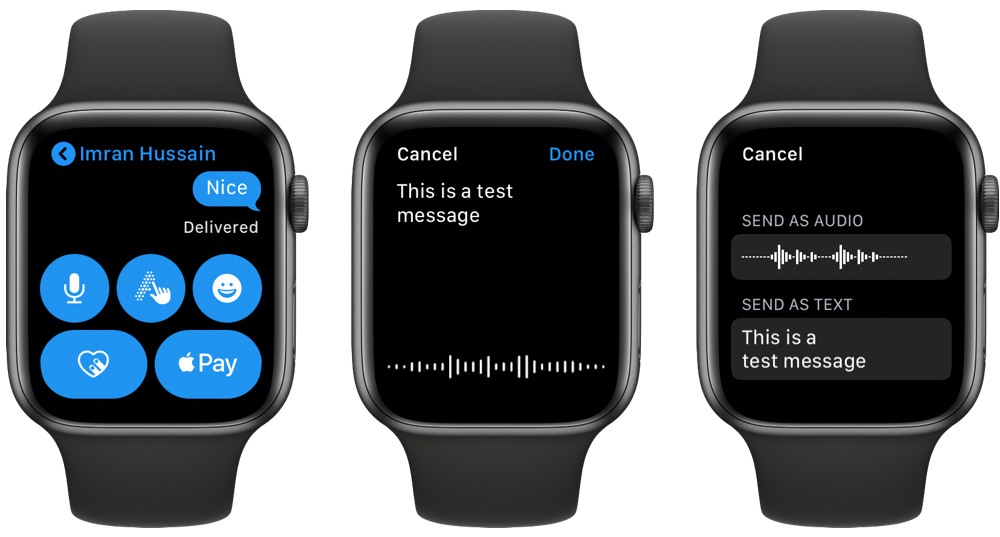 It's really odd why Apple defaulted to text only for voice messages in watchOS 6. It makes more sense if a choice between audio and text is given to users as default. Whatever the reason might be, you now know how to switch to voice messages and send one straight from your wrist.