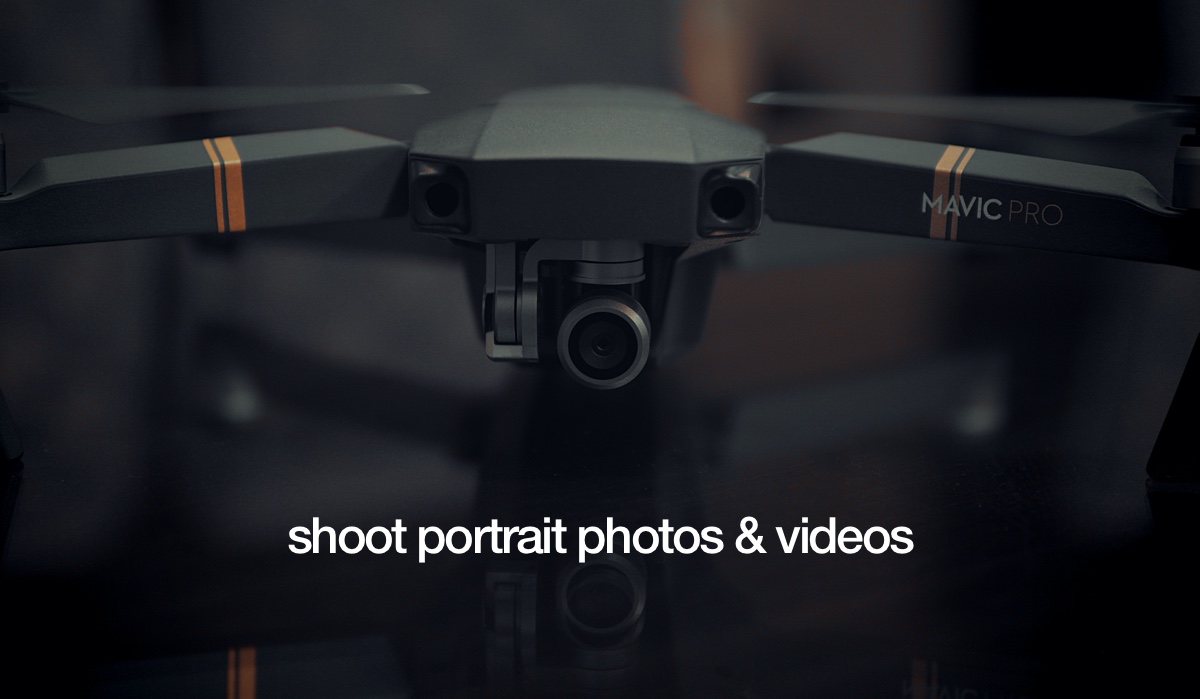 Even if we fail to admit this, but vertical videos are pretty much everywhere these days on social media. Just hold your phone upright and record away your next 'hold my beer' video in order to become an internet sensation. But the problem here is, when you want to convert your already-shot landscape video or photo to portrait mode, then things can get a bit tricky.

For example, you already have part of the video or photo with you and all you have to do is do some cropping and share it on social media, right? Well, it's not that easy, especially when you are handling video. Because the moment you crop out the edges to turn a landscape video into a portrait one, you are going to mess up your framing and composition, forcing you to think if only you had shot the photo or video in portrait mode in the first place. If that's what you want to do and the words DJI and Mavic are also in the same sentence, then we have the right tutorial for you today in which we will show you how to shoot portrait photos and videos using the DJI Go 4 app.

Step 1. Power on your drone.

Step 2. Connect your phone to your controller.

Step 5. Tap on Fly Now once the connection with the drone has been established.

Step 6. Whether you are in photo or video mode, tap on the Settings button underneath the shutter button.

Step 7. Now tap on the Cogwheel icon on the top.

Step 9. That's all, your viewfinder now appear in portrait mode, all set to shoot portrait photos and videos.

Sure, many of you might not agree with the above feature for shooting portrait photos and videos, but it's a convenience nonetheless. Especially for those who don't want to involve themselves with photo or video editing software to achieve the same thing.

But hey, at the end of the day you learned something.

Looking for more tutorials? Be sure to check out the following: