How to delete Siri audio recordings and history in iOS 13.2 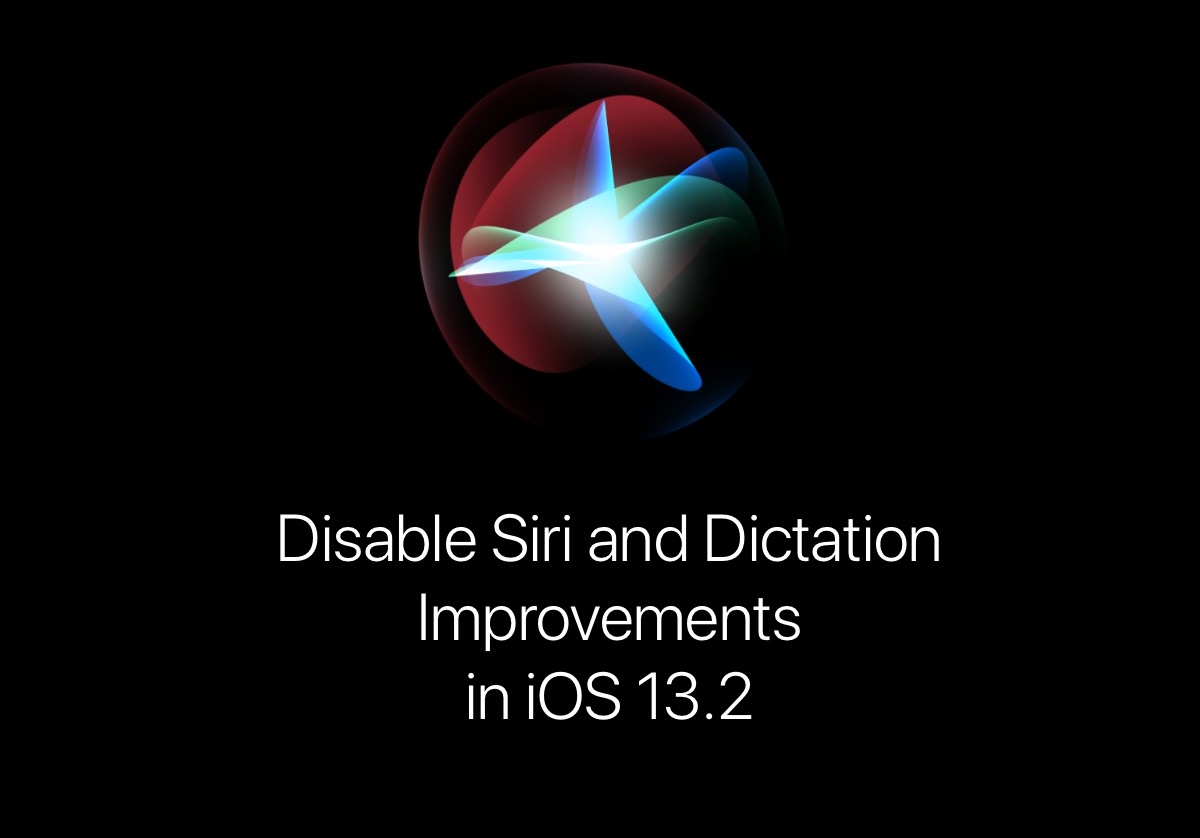 With iOS 13.2, Apple has added new functionality that gives users more control on their Siri and Dictation history. Here is how you can opt-in or opt-out of allowing Apple to record and review your Siri conversations in iOS 13.2.

Why is Siri recording conversations?

Apple used to collect audio recordings of Siri conversations, which were used towards improving it. However, the company had not disclosed that the recordings were heard by contractors to improve the service. In the wake of this fiasco, Apple announced that they would suspend this practice globally and implement controls in future software updates so that users would have to opt-in manually.

“We are committed to delivering a great Siri experience while protecting user privacy. While we conduct a thorough review, we are suspending Siri grading globally. Additionally, as part of a future software update, users will have the ability to choose to participate in grading.”

When you upgrade to iOS 13.2, your device will now ask you if you want to participate in grading to help improve Siri & Dictation.

How to disable Siri recordings in iOS 13.2

If you have already enabled Siri recordings, here is how you can disable them from the new Siri privacy settings. This guide also works for iPadOS 13.2:

If Siri had already stored your recordings for review, you will be asked to confirm if you want to disable this feature. Otherwise, the option will just turn off without any further interaction.

How do Siri recordings work?

Apple has also added more details on how their Siri grading process works and what you should expect if you opt-in. If you tap on the blue ’About Siri & Dictation Analytics’ link under the ‘Improve Siri & Dictation’ option, you will see the below screen. This explains how snippets of you audio interactions with Siri and Dictation are used for review, in order to improve the service. The audio snippets do not have user identifiable data and are associated with a random identifier for 6 months. After 6 months, the user random identifier is removed and some audio recordings might be kept for 2 years. 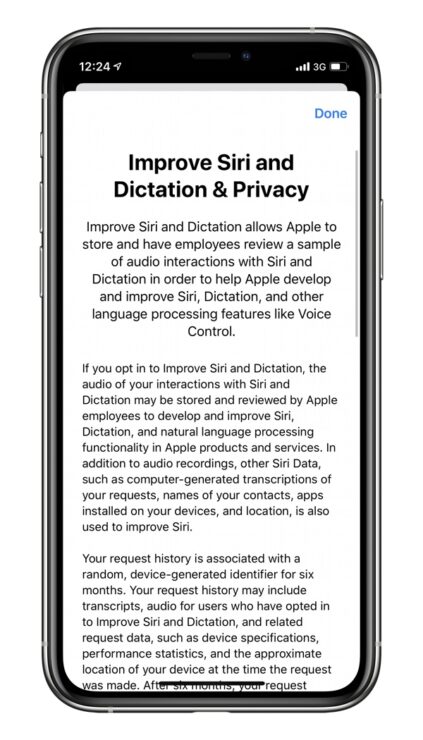 It is important to note that Apple is not the only service that records and reviews audio interactions with its smart assistant. Google and Amazon also do the same, and employ contractors to review recordings. Google and Amazon allow users to review their own recordings and delete them individually, which is not something Apple offers, perhaps because it might open another can of worms with regards to privacy concerns.