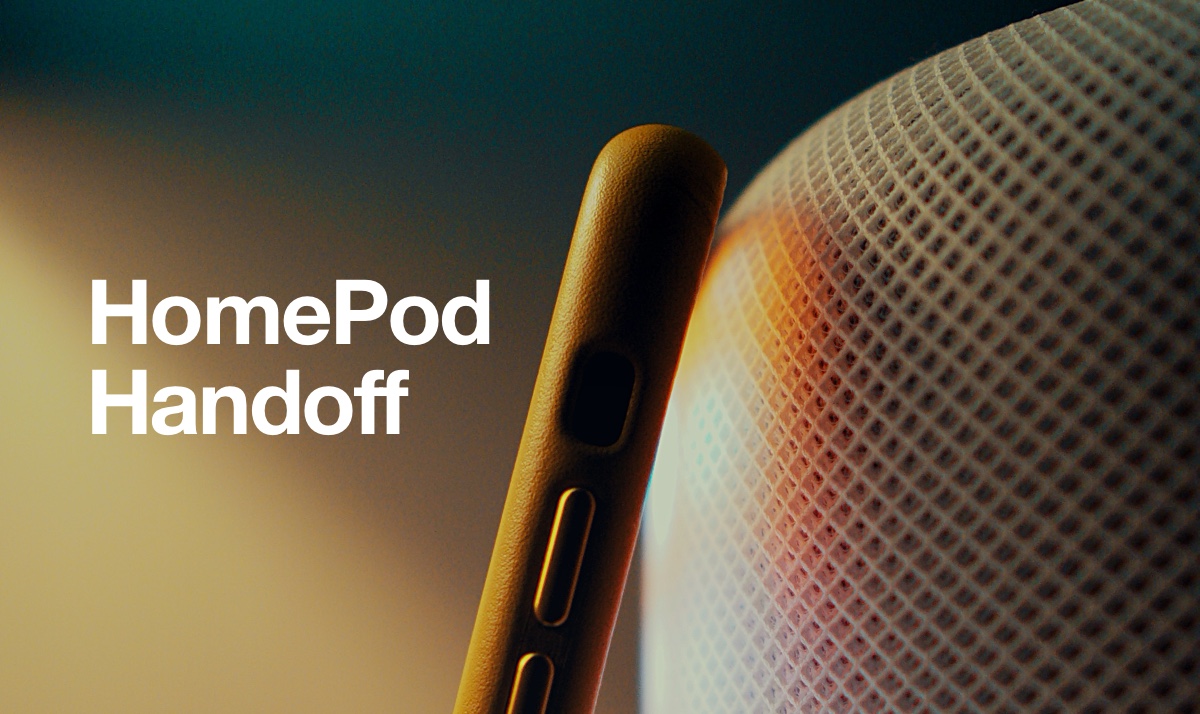 Here's how you can use Handoff on HomePod in order to transfer audio or phone calls straight to the smart speaker from your iPhone.

Apple really stepped up the credentials of the HomePod with the release of iOS 13.2. Introducing new features like Ambient Sounds, voice match and Handoff, there's a lot to love in the update.

Today, we are going to focus on the new Handoff feature of HomePod. And just like the Handoff feature you are used to using between iPhone, iPad, Mac and Apple Watch, Handoff on HomePod works in the same manner except that it's limited to audio and there's some proximity magic going on under the hood, too.

In order to get started with Handoff on HomePod, first of all you have to make sure that your iPhone is on the same network as your HomePod. You can check this by going to Settings > WiFi. Also make sure that your iPhone has Handoff enabled. You can confirm by going to Settings > General > AirPlay & Handoff. If the toggle switch for Transfer to HomePod turned off, then please move it to the ON position. Furthermore, your HomePod must be running the latest update in order to use Handoff. You can find more details by going here. Your iPhone should be running the latest version of iOS as well. You can find more details here.

Use Handoff on HomePod

With anything playing on your iPhone or if you're in a call, simply bring your phone close to your HomePod's top and you'll see a notification like the one shown in the screenshot below. After a few seconds everything will be routed to your HomePod. It's really as simple as that.

The Handoff feature on HomePod is actually quite fun when it comes to music. The ability to just bring your phone near a speaker and have everything handed off without pressing a button is nothing short of magic. But in my testing, I noticed that the handoff is not as seamless as I'd want it to be. There is a slight delay. This naturally makes you believe that nothing has happened, and all of a sudden music starting blasting through your HomePod without you even realizing it.

Sure, this is the first time Apple has done something like this with its hardware, so I'm assuming down the line the latency will drop to Apple Pencil like levels.

If that makes any sense at all.