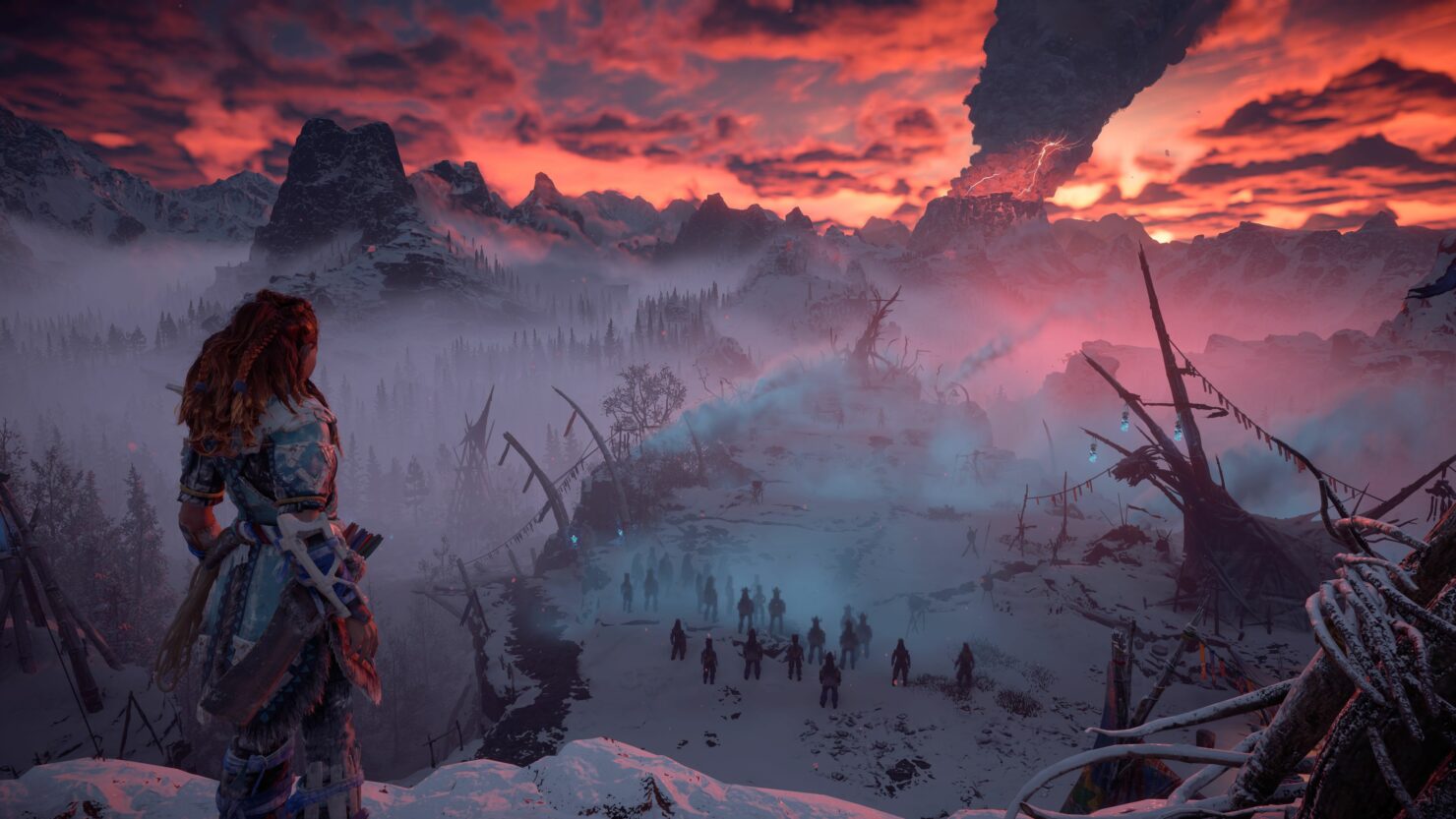 Horizon Zero Dawn The Frozen Wilds is fast approaching, and today Sony and Guerrilla Games have shown off more of the game following yesterday's new trailer.

Earlier today, a new batch of 4K screenshots has been released online, showcasing supporting characters, Aloy herself and one of the new machines players will have to fight during the expansion.

Additional info on the DLC expansion has also emerged online today. Apparently, the expansion will be around 15 hours, will feature a new skill tree and improved motion capture in dialogues, among other things.

Today, a brand new Horizon Zero Dawn update has been released in all regions. The update adds support for The Frozen Wilds DLC as well as several fixes.