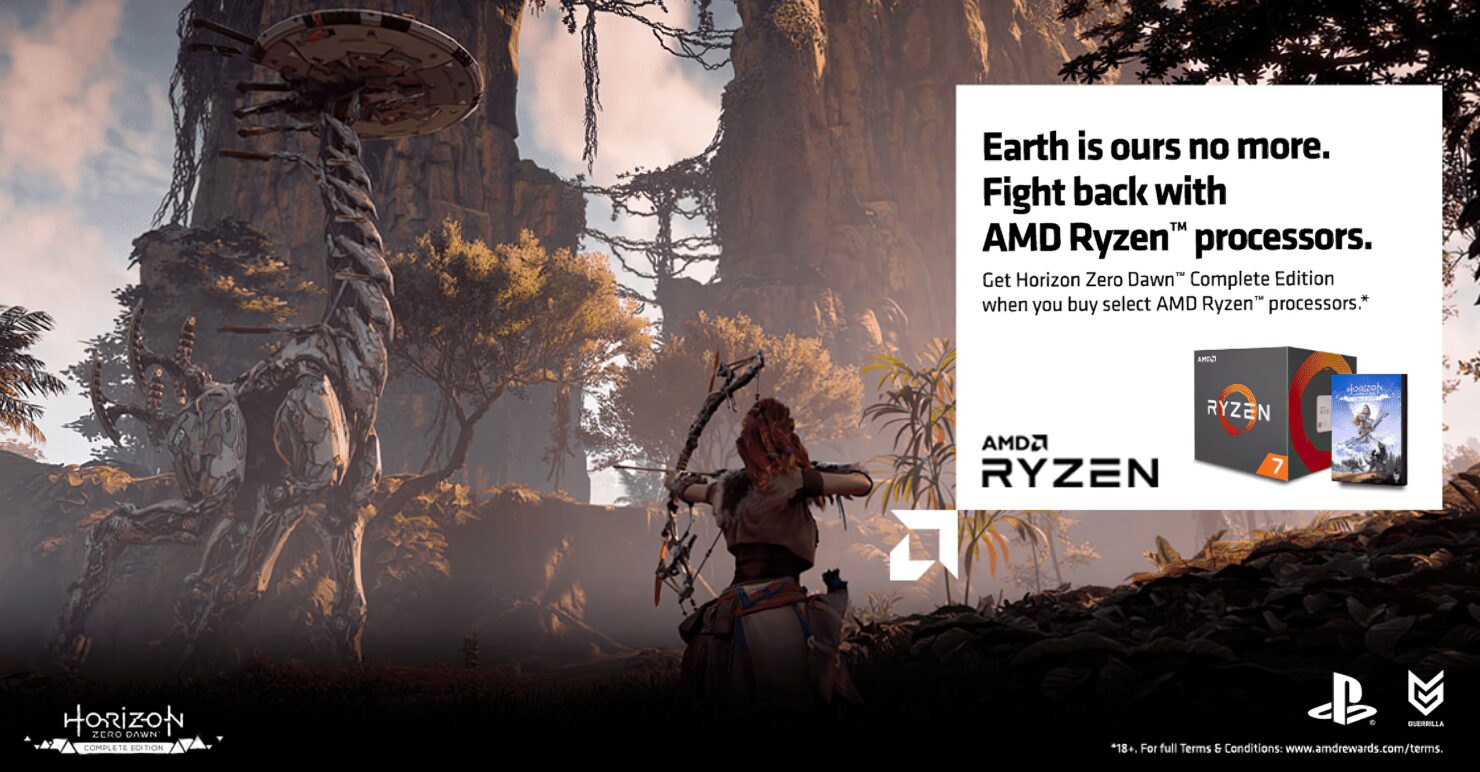 Horizon Zero Dawn PC launched a couple of days ago on both Steam and Epic Games Store. We knew that Sony and Guerrilla had partnered with AMD since the game was bundled with Ryzen processors, but it turns out that AMD also worked alongside the developer to optimize specific features for Radeon graphics cards, including the very first implementation of the FidelityFX Single Pass Downsampler (SPD). Here's the list of the features from the press release issued by AMD:

That said, the port's quality isn't exactly unimpeachable as Keith already mentioned in his performance analysis. This led the current average Steam user review score for Horizon Zero Dawn PC to be below the passing grade; however, the developers have shared another update yesterday to let fans know they're working on improving the performance and other issues.

Thank you for supporting us yesterday as we launched Horizon Zero Dawn PC! We have been enjoying a whole new wave of screenshots with the in-game Photo Mode, live streams and videos from content creators, and seeing so many new players start their journey with Aloy.

We have been monitoring all of our channels and are aware that some players have been experiencing crashes and other technical issues. Please know that we are investigating your reports as our highest priority.

We appreciate those who have already taken the time to report their issues on Steam, Reddit, or via our website. If you are still encountering crashes or bugs, please continue to use those spaces, or refer to our FAQ if you are unsure of how to proceed. Your reports are, and have already been, incredibly helpful for our teams.

Thank you for your patience as we continue to investigate issues; we will update you all as soon as we have more news.