With Horizon Zero Dawn, Guerrilla Wanted To Prove They Could Do Open World Better Than The Others 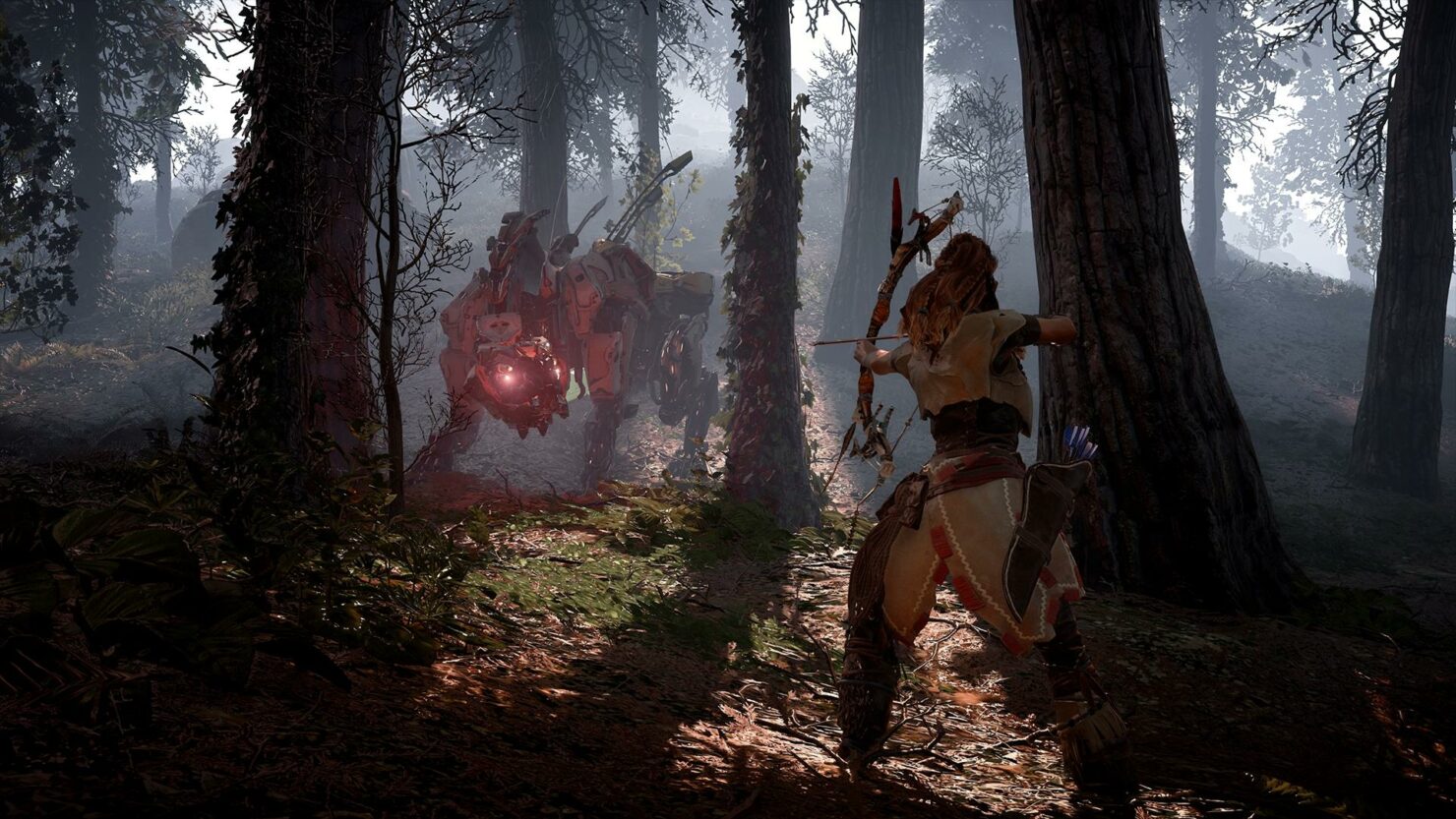 PlayStation 4 gamers are very eager to get their hands on Horizon Zero Dawn, one of the most anticipated games due this year on Sony's game console.

Ahead of the worldwide launch next week, some developers from Guerrilla Games have attended press events. VG247 published today the second part of their interview with Senior Producer Joel Eschler and it's as interesting as the first one.

As you might know, Guerrilla Games was known for its first-person shooter series, Killzone. They had never worked on an open world game before and to make Horizon: Zero Dawn, their internal engine had to be massively reworked. According to Eschler, the programmers took that as a challenge for themselves and the other big studios making open world games.

It was pretty huge but at the same time the programmers and engineers – they signed up to do this. They got really excited to do it themselves, to challenge themselves. They saw what other companies were doing with open world games. Any open world games from the last ten years. Assassin’s Creed. Far Cry. Watch Dogs. All these ones that have these seamless open worlds. Grand Theft Auto.

So we had to develop technology to draw stuff really far in the distance but still run at 30 frames per second. That was a big undertaking. Some of that, we were still working on it I think weeks ago, to make sure that our settlements and our really big key landmarks drew in with detail even looking at them from kilometres and kilometres away.

Guerrilla Games isn't a huge studio. Eschler confirms that there are just over 200 people, whereas most big open world titles are made by far larger studios. They couldn't paint in every single tree, so they built procedural systems.

We’re a bit over 200. That’s actually quite small. That’s about the same size team as I worked in for BioShock Infinite, and this is incomparable in size and scope to that game. So I have to hats off to the Guerrilla team for getting it done.

A lot of it was looking at technologies where you don’t have to hand draw every single bit. We built these smart systems where we can determine what kind of elevation this part of the world this is, what kind of climate and weather it would have, what type of trees and shrubs would grow there, the speed that the water would flow.

All of these things that are being generated under the hood with the engine that you would have to go and hand place every single thing, go into every single section of water and tell it what speed it has to flow at, to build a waterfall and say what size the splashes are going to be. All of that is procedurally generated by the engine.

Check out the recent launch trailer in case you missed it. Horizon Zero Dawn is out on February 28 (NA) /March 1 (EU), exclusively for PlayStation 4.