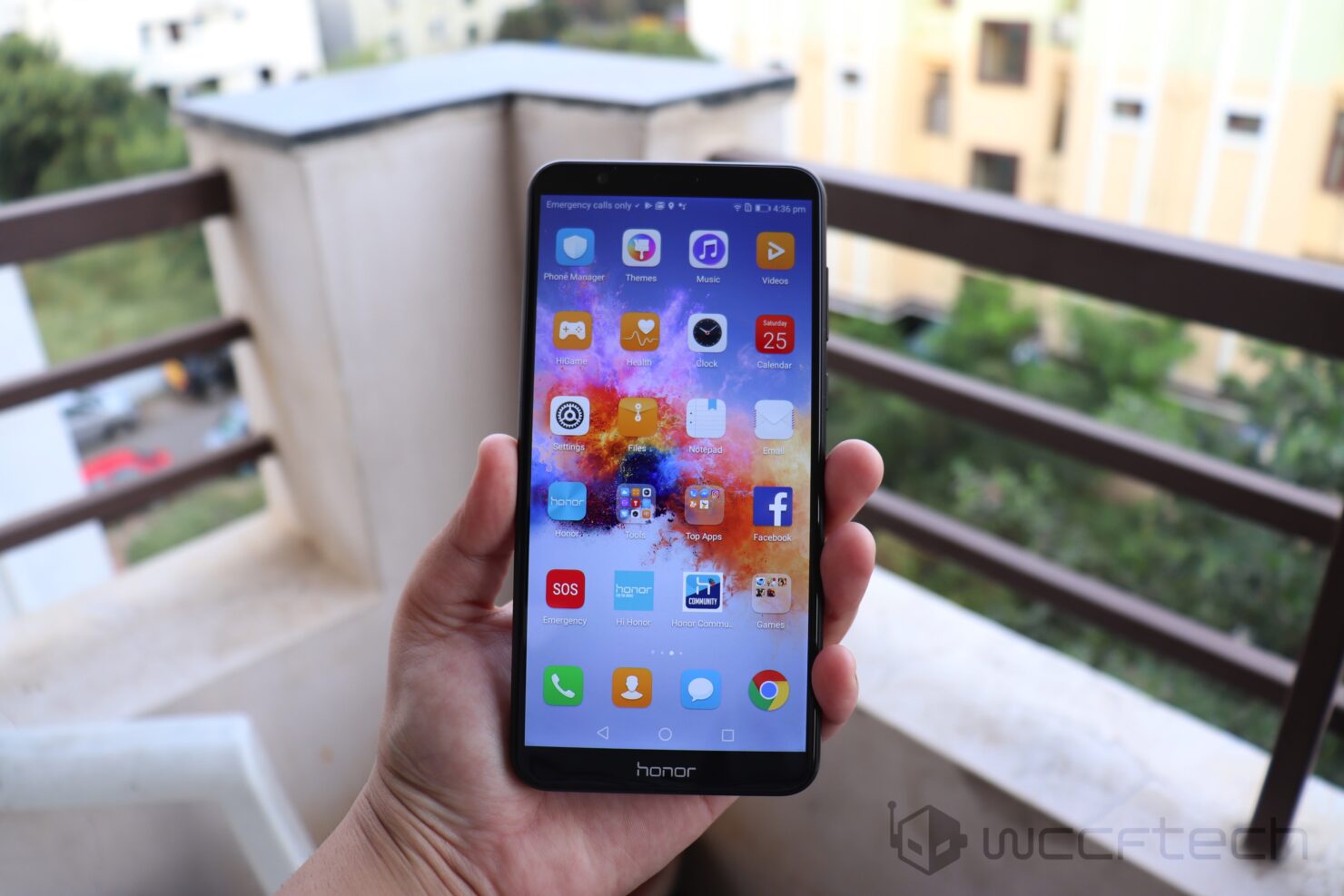 Huawei started playing it big in the smartphone industry when it launched its sub-brand - Honor. This subsidiary was created to cater for the mid-range segment of the smartphone market. And, we must say, Huawei did reap what was expected from the sub-brand. Initially, Honor was limited to emerging markets like China and India, but after tapping a significant consumer base there, Huawei brought Honor to the west. Yesterday, the company unveiled the Honor 7X smartphone for various markets including the US, Europe, and India.

The premium looking handset is priced at just $199 and offers more than what one can ask at this price point. We got our hands-on the Honor 7X, and today we are sharing our first impressions on this mid-range powerhouse. Our full review of the Honor 7X will come out soon until then, check out our initial impressions as we try to gauge where it settles in the current smartphone landscape.

When you first get a grip on the Honor 7X, you will instantly notice the dual-camera lens bump on the rear panel, alongside a fingerprint scanner that is placed below it. The device is thin and a little slippery too, so yeah, one gotta practice caution while handling this baby. The build and feel of the Honor 7X can easily make one think that it belongs to the premium-level segment. 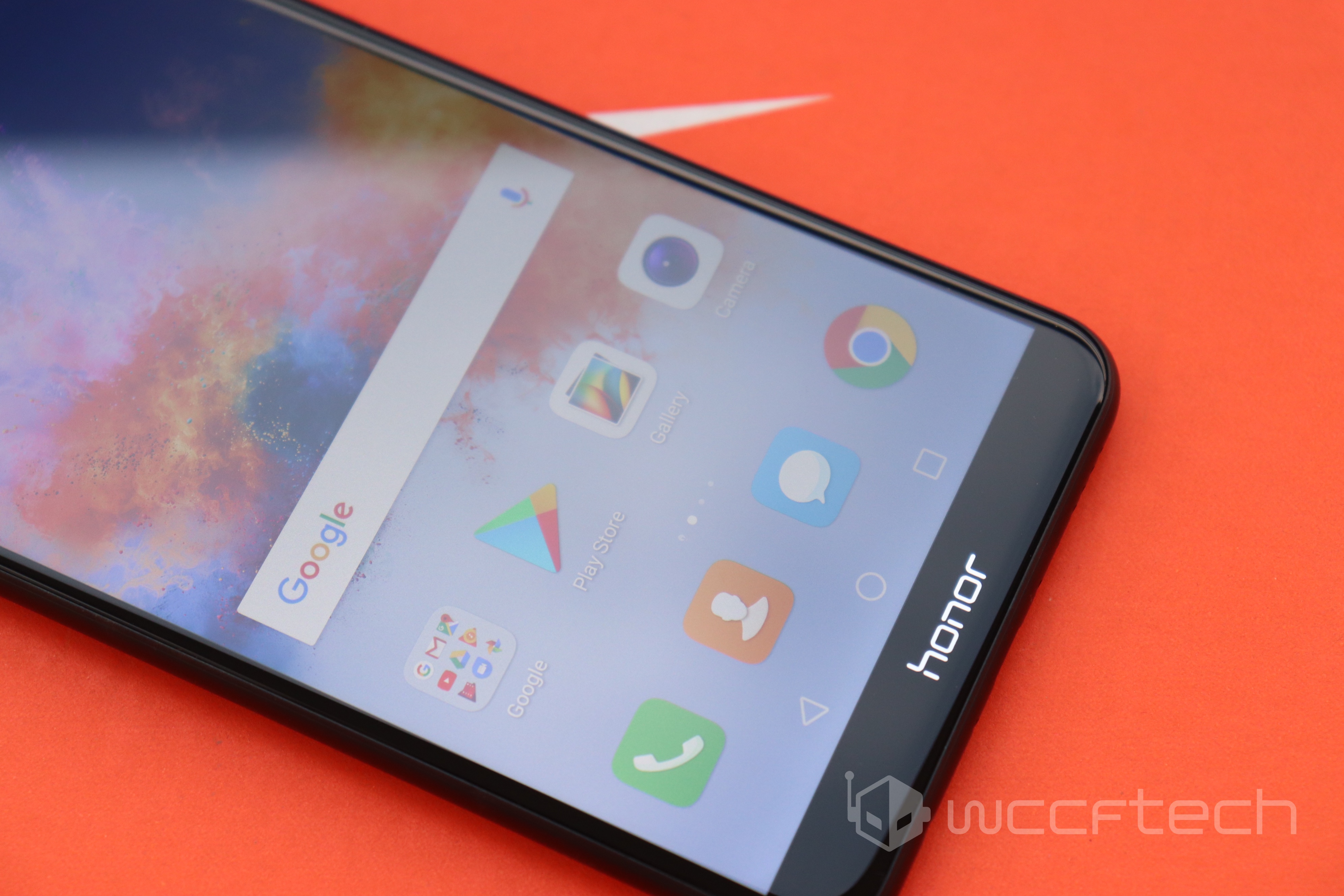 The Honor 7X features 5.93-inch display with 82.0% screen-to-body ratio, which is being touted as the highest in its price range. With this kind of screen-to-body ratio, we wondered how the phone is going to handle apps and fit them right into the frame. Thankfully, Honor's software takes care of that and asks you explicitly whether you want to stretch the apps or leave them in their original ratio. This saves us from going to the settings of each app and tweaking it accordingly.

With 2160 x 1080 FHD+ resolution, the Honor 7X creates 407 PPI and with that comes clarity. Of course, we will have to put it through color tests to know more about its capability, but for initial impressions, the display did impress us. 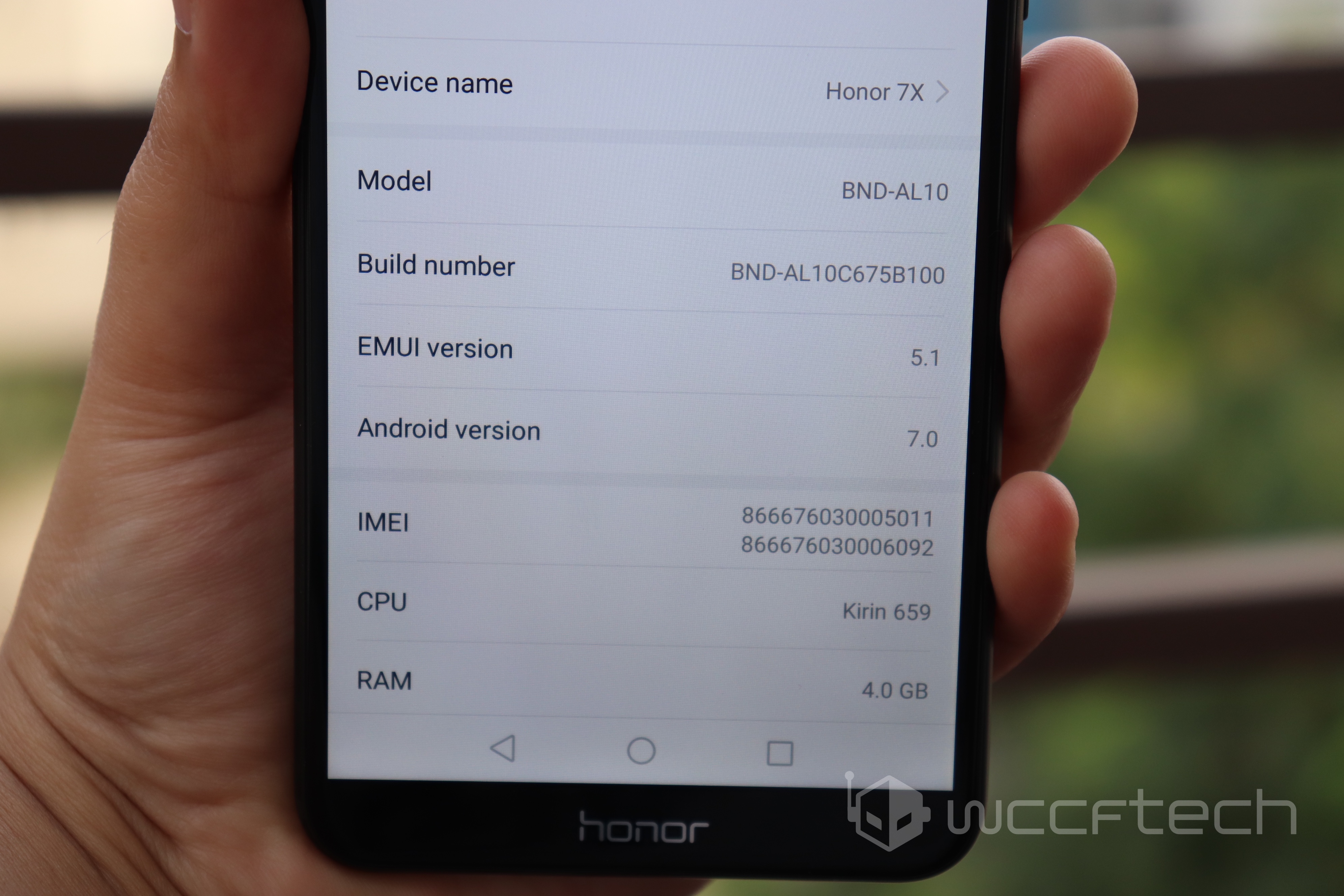 The Honor 7X runs Nougat-based Emotion UI 5.1, which carries an uncanny resemblance to iOS in some sections. As the device came into existence after Google released Oreo, our first question when we received the device was, "Why does it run Nougat?" Well, folks at Honor have assured that the 7X will get the Oreo treat soon, maybe by the end of this year or early 2018. Regardless, the Emotion UI 5.1 looks good and offers some nifty features like App Twin, which enables users to log into multiple accounts on the same app. 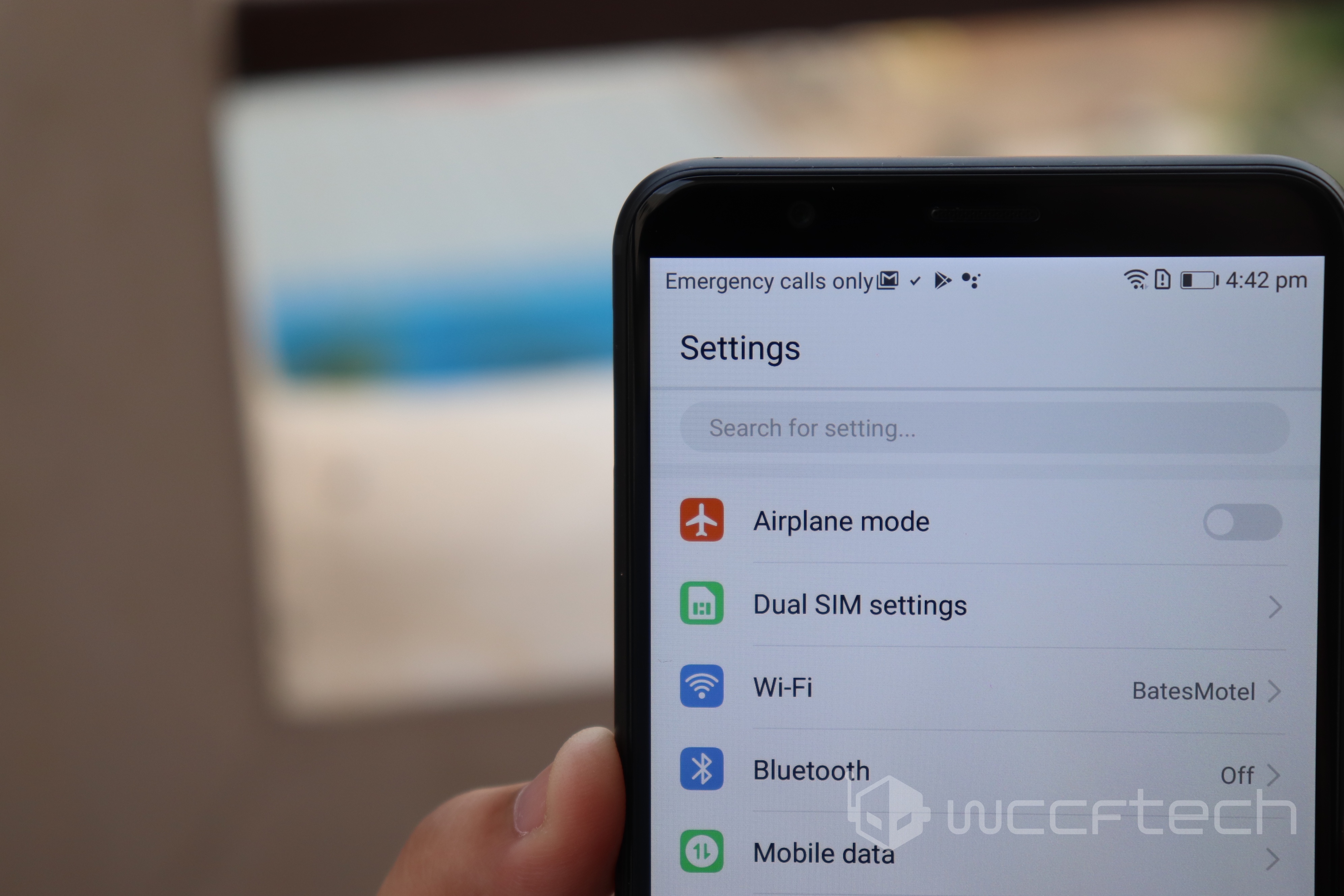 Coming to the performance of the device, Huawei's mid-range processor Kirin 659 powers the Honor 7X. The Kirin 659 may not be the best SoC out there, but on the 7X with 3GB of RAM (US variant), it offers a seamless experience. One can begin observing the fast performance of the handset with the snappy fingerprint scanner unlocking. Besides, just a quick tap on the fingerprint scanner brings the homescreen to the foreground in seconds. In our first impressions, we noticed how quickly the phone was able to open apps or perform multitasking. We did not notice any lag. However, we will be digging more into the performance and do some benchmark tests in our full review. 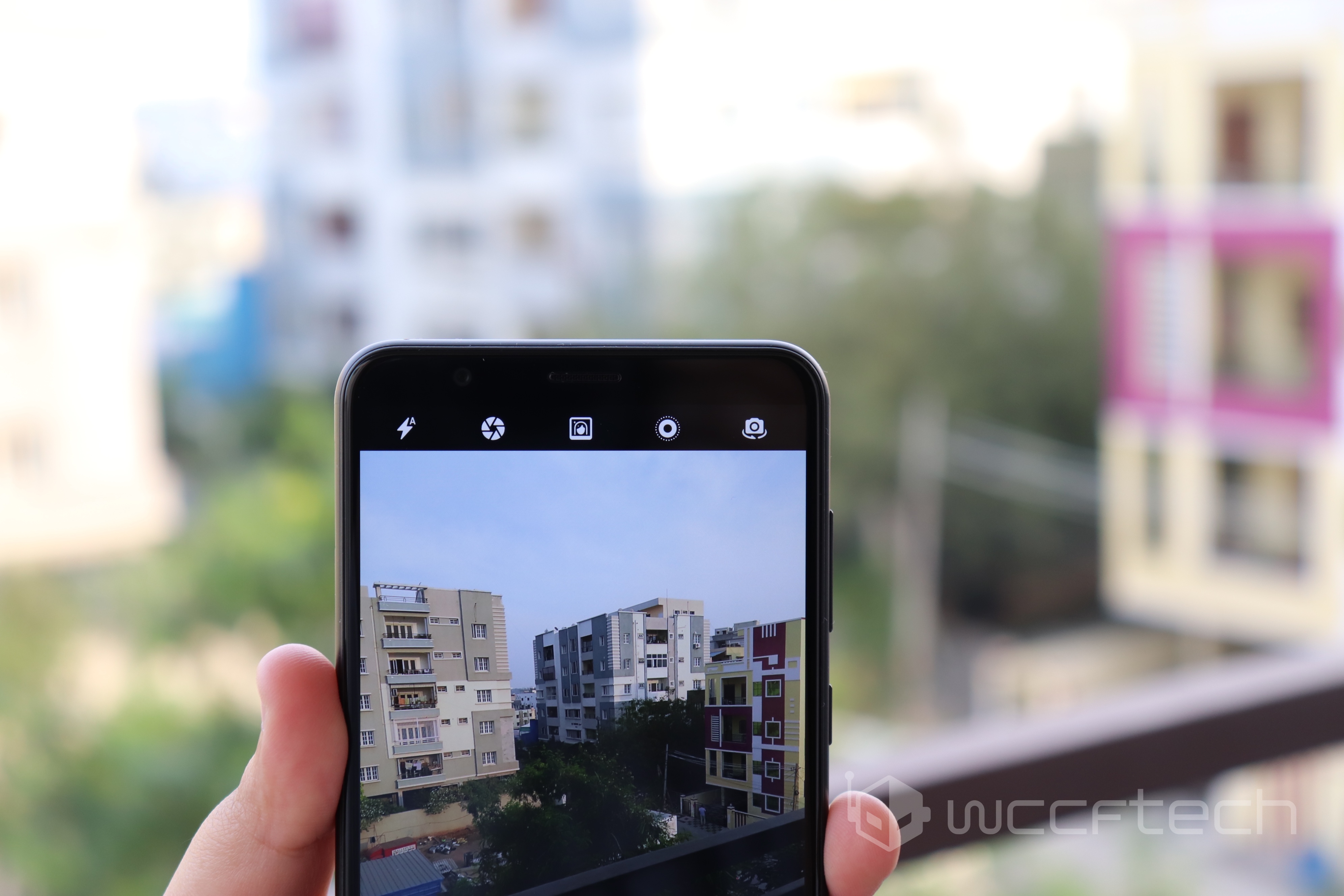 The dual-lens camera setup on the Honor 7X is too obvious to ignore. Those two protruding lenses on the rear of the device sought to offer better camera capabilities on the device. The 16MP and 2MP dual-camera setup on the rear ensure that one gets most of the effects found on flagship phones. The 16MP captures the main subject while the 2MP secondary lens offers a wide-aperture shooting mode for the Bokeh effect and more.

Honor also claimed that the Improved Phase Detection Autofocus (PDAF) on the 7X lowers the time taken for capturing photos. Meanwhile, the 8MP front-facing camera on the device is capable of handling full HD 1080p videos. We will be testing out all the camera features in our full review of the 7X.

Our first impressions of the Honor 7X have got us to dig deeper into the performance of the device. We will be performing several tests to gauge where the device stands. With $199 price tag, the Honor 7X offers a premium design with decent specifications, and it won't be surprising if the device becomes a hit in the US and other markets. In India, Huawei has launched the device for Rs. 12,999, which is indeed a value for money price range for the market. It will be interesting to see how the Honor 7X performs in these markets.