Hitman: Absolution Shows Agent 47 Is Out For Blood

Hitman has always been a game focused on stealth, disguise and the variety of way of killing your targets but this time things have gotten personal when someone close to Agent 47 has been taken hostage and Agent 47 goes after a woman named "Victoria" who gets kidnapped from a Hospital and 47 is too late to get to her before the bad guys do, but he isn't going to be leaving empty handed. 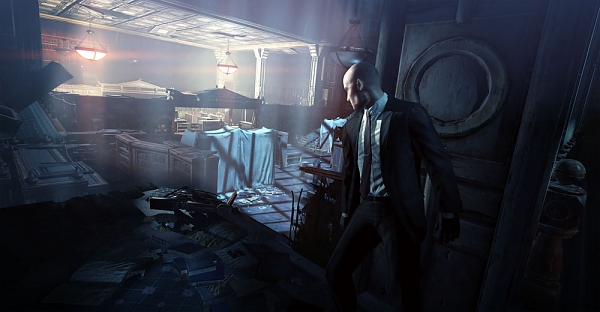 What really has me surprised is how I never saw 47 pegged as someone who was into direct confrontations and thought of him more as a "in the shadows" type of killer because in any Hitman game the direct approach will never work out, you would always have to utilize a mix of stealth AND combat to achieve your goal but this is similar to what Ubisoft did with Sam Fisher in Splinter Cell: Conviction where they made a protagonist step out of the shadows and made him take the spotlight in every stage with stealth moments still in the game.

I can see the whole Conviction style gameplay working great over here for sure and it would be a nice change of pace from the earlier Hitman games for people who didn't want to retry the mission from the start because of a bad save or checkpoint but can instead follow a more direct gun on gun approach rather than a constant shadowlurker with a mix of disguising yourself as an enemy approach. This game is also set for a 2012 release date and I have very high hopes for the game given the gameplay trailer so far.