The FPS part of Star Citizen will be “more lethal” than Call of Duty, and stealth is part of the core design of the game. Star Citizen designer Chris Roberts, said this in the latest ’10 for the Chairman’ episode. 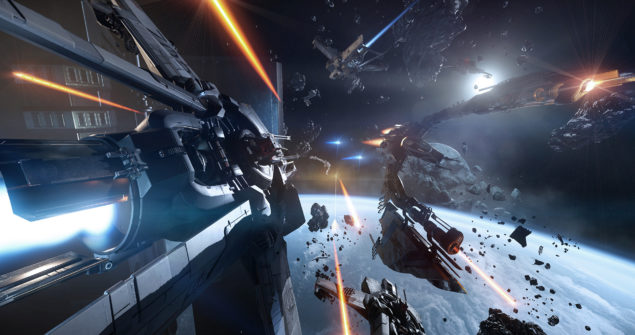 In the episode, the designer was asked whether there will be a option for stealth gameplay for the FPS part of the game. According Roberts, he is trying to make the FPS part of Star Citizen, more tactical with less ‘run and gun’. Stealth gameplay is part of the core design of the game. Roberts adds that the FPS gameplay is a lot “more lethal” than players would normally “expect with a Call of Duty or something”.

Absolutely. That is part of the core design. We are trying to make the FPS gameplay itself be more tactical, less just “run and gun”. Especially since it is more lethal than you would normally expect with a Call of Duty or something.

We actually have some gadgets which are good for stealth and distractions they’re just not in 2.0 yet: we’re going through and reactivating and polishing them from Star Marine and they will also debut with Star Marine. But we have the hologram gadget where you can put up a hologram version of yourself and you can be off sneaking somewhere else. We are going to have definite things that will help you with hiding your radar and noise signature, or heat signature, and stuff like that. So we definitely want that.

We have vents, that aren’t in 2.0 but will be in in the future, where you can sneak around or crawl around in and outflank people and do stuff like that.

Yes, I definitely see the combat in FPS being much more tactical and part of that would be allowing you to do stealthy stuff.

The full transcript from the Episode can be found on Imperial News right here.