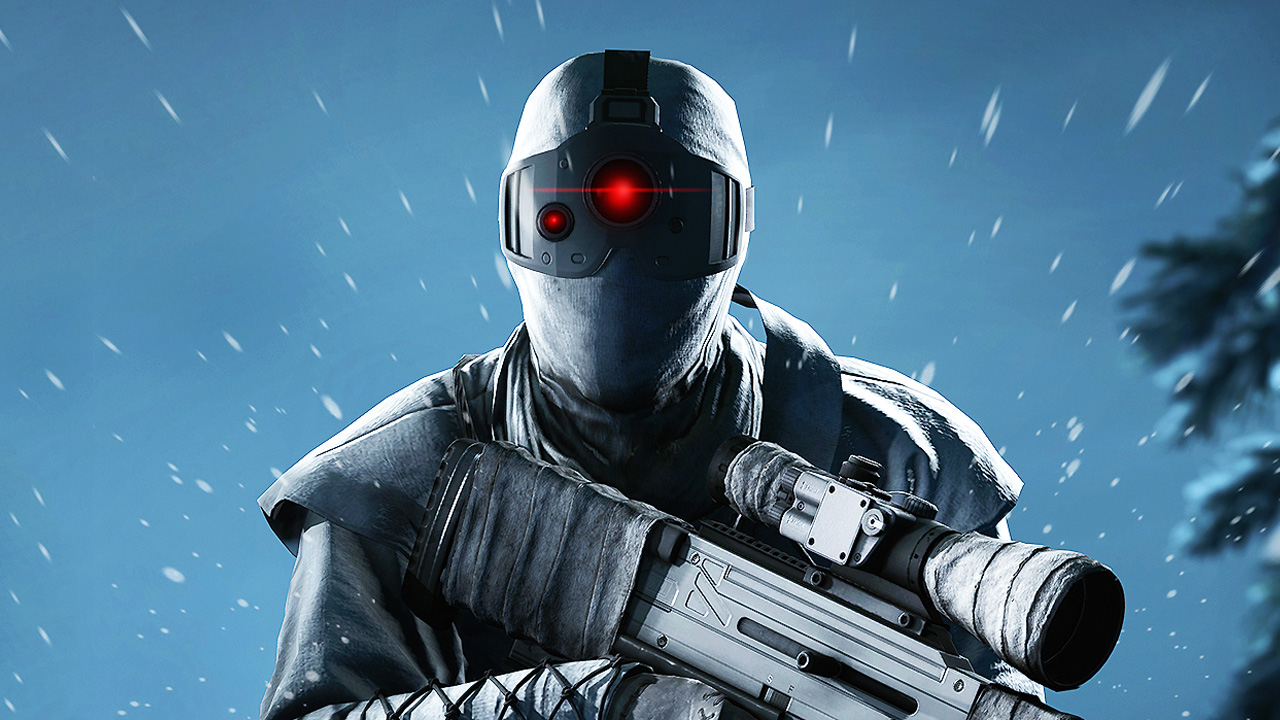 Hitman 3 won’t be getting a full expansion pass or new maps, but players can look forward to a variety of new challenges to keep things fresh, and IO Interactive has revealed what you can expect in February. Four Escalations (two of them exclusive to those who bought Hitman 3 Deluxe Edition), a pair of Elusive Targets, and some challenges designed by MinnMax and Kinda Funny are on the way. Check out a quick video overview of the new February content, below.

So, it seems like The Proloff Parable, which lets you play through the final Carpathia train level as a ninja, and The Gaucho Antiquity, which gives Agent 47 new tools for poisoning targets, are the headliners. These are both Deluxe Escalations, and thus will only be available to those who have purchased the $80 Hitman 3 Deluxe Edition. That said, the two free Escalations, The Baskerville Barney and The Sinbad Stringent, look fun as well. Interestingly, the new Elusive Targets can be found in Sapienza, a map from the original 2016 Hitman, indicating IO Interactive will be revisiting the earlier entries in the trilogy. 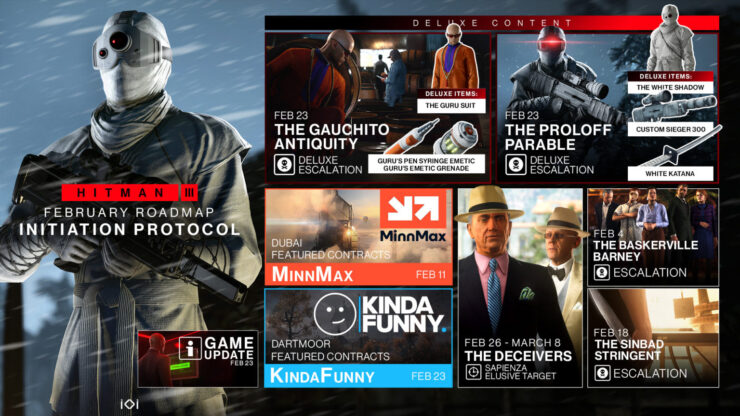 Haven’t tried out Hitman 3 yet? You may want to get on that, as I found it to be easily the best entry in the trilogy in my full review…