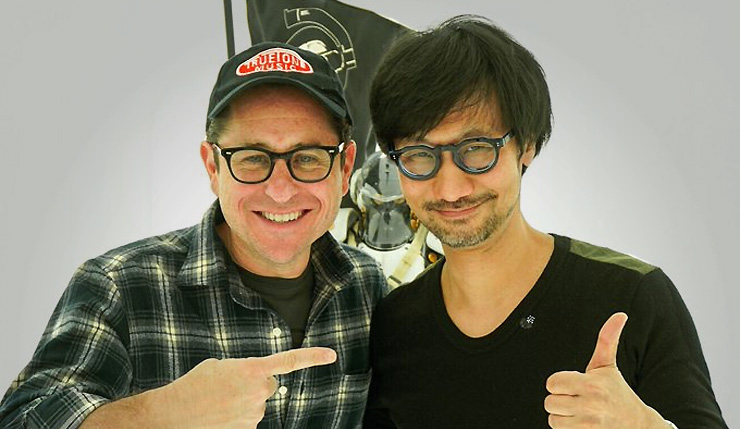 Hideo Kojima is divisive guy (just check out the comment section that will no doubt sprout under this article for proof of that). Kojima is one of the few real auteurs in the industry, and has contributed his share of groundbreaking gameplay innovations and ideas, but some would argue, here in 2019, his genius is a little overstated. That his quirks are getting a little hard to take.

Well, one of Kojima’s biggest supporters is another somewhat divisive creator – J.J. Abrams. In a recent interview with IGN (which you can check out below), Abrams spells out why he thinks Kojima is such a unique talent and games like Death Stranding are worthwhile, even if they’re not perfect…

Warning: The following video features footage of Death Stranding that may contain spoilers. If  you’re still avoiding those, scroll on down for a transcript of what Abrams said.

[Death Stranding] is so classic Hideo. It's the kind of genre that's such a specific, emotional design. There's a uniqueness, a special quality that you just sort of feel in his art. I know it's a lot of people doing a lot of work, but you can see Hideo Kojima's fingerprint on this. It's obvious got aspects that may be familiar in some ways, but there are clearly things that are completely new and unfamiliar. When you think about a game by Hideo, you expect something that pushes the boundaries, that you haven't seen before, and that seems to be what he's done once again.

The dream is that the storyteller -- the game designer, the filmmaker -- that they have a secret, more important thing that they're also doing. That there's another layer, another reason for the thing to exist. Another message that they're trying to express. If there's an intention that's deeper in the creation, it's felt in the playing. The idea that you can do both, and [Kojima's] done it before, and he's clearly doing it again -- telling a great story in an interactive medium -- it's a tightrope. It's a very challenging thing. If there is a master of the form, of combining the fun of a game, but the satisfaction of a narrative story, that master is Hideo Kojima.

Interestingly, Abrams also had this to say about the importance of pushing boundaries, which could be seen as self-criticism. I’ve enjoyed the majority of Abrams stuff, but most of it has a pretty similar feel, and The Force Awakens played it pretty safe in a lot of ways.

Any artist becomes known for their work, because they've taken chances and haven't just done things that have been done again and again. Once you've made a name for yourself and had some success, the danger is in becoming aware of that success and thinking, "Oh, that's the thing that go me successful, I should [keep] doing that." Then you're likely to just copy your own work. To me, the people I really respect as creators are people who don't really listen to that. Who stay humble, who stay curious, who are afraid of not doing the right thing. Who are still asking the questions and pushing the boundaries. [...] As soon as you're doing something and you're feeling safe, it's probably not worth doing.