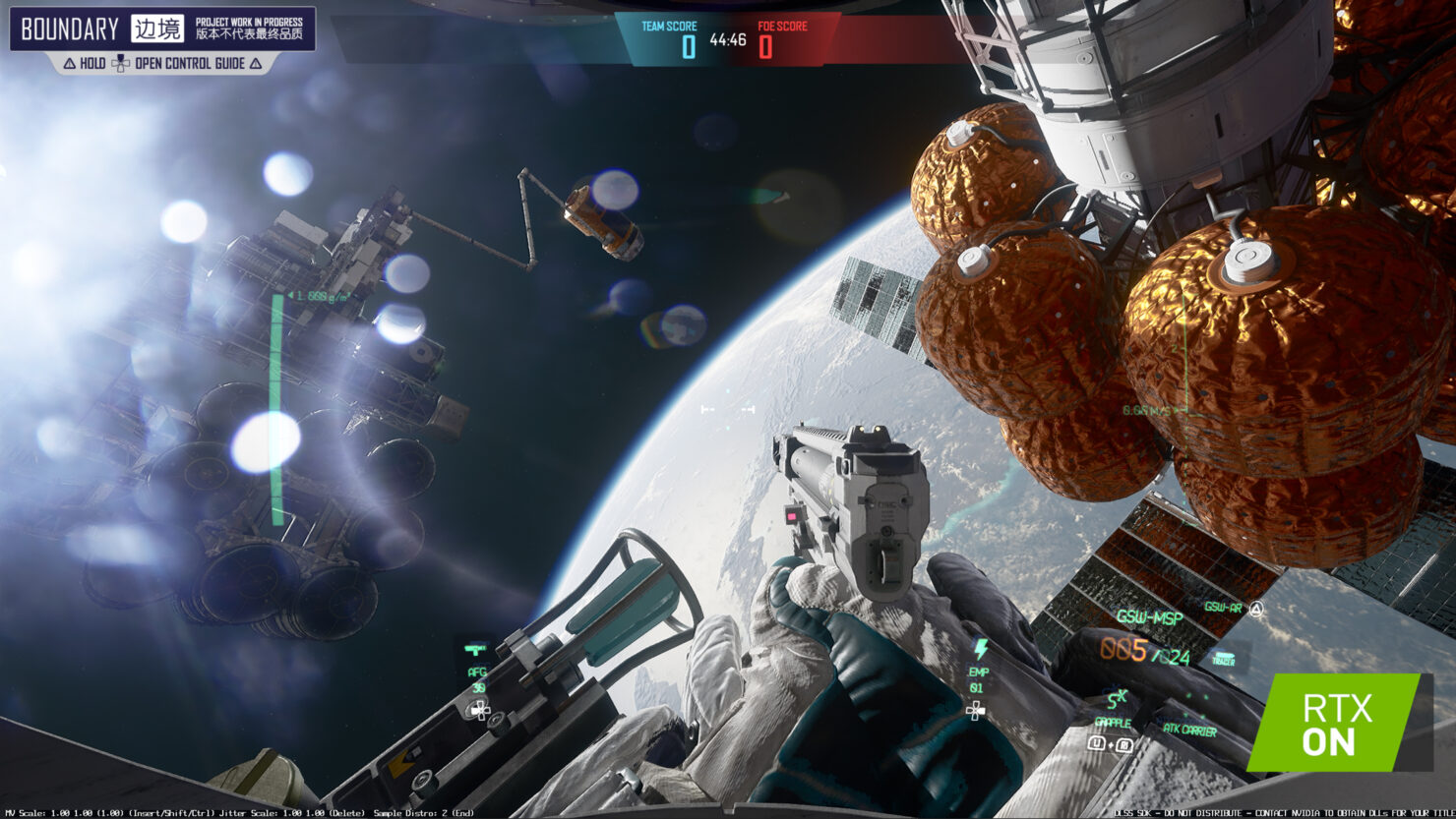 Almost a month ago, NVIDIA revealed a handful of new games in development at Chinese studios that would add raytracing via their RTX platform.

One of those is Boundary, the tactical multiplayer first-person shooter from Surgical Scalpels, a small team based in Shenzhen that was among the first to benefit from the China Hero Project to get funding.

The game is set to release in 'early 2020' on both PC and Sony's PlayStation 4 console, while an Xbox One version is still under discussion. For more information on Boundary, you may check out our preview from last year's Gamescom; we've also added below the official feature-set shared by the developers.

The multiplayer tactical space-based shooter puts players in the role of a heavily armed astronaut in space engaging in fierce zero gravity firefights and executing low-gravity operations on orbiting space installations against enemy astronauts and other entities.

With a whole host of customization options for players to choose from, Boundary aims to provide a tailor made approach to loadouts, space suits and tactical space warfare. Weapons range from machine pistols to converted assault rifles and more powerful sniper rifles, all of which utilize a modular upgrade system to mix and match at the player’s preference. Players can also customize individual weapons using a huge range of available components including optical sights, muzzles, stocks, barrels and foregrips.

Aside from the traditional Deathmatch and Free For All modes, Boundary will also include Facility Capture and Orbital Purge game modes. Multiplayer maps aim to provide a mixture of space installations to fight amongst, including the wreck strewn debris field of a Space Elevator that will be revealed later this year.