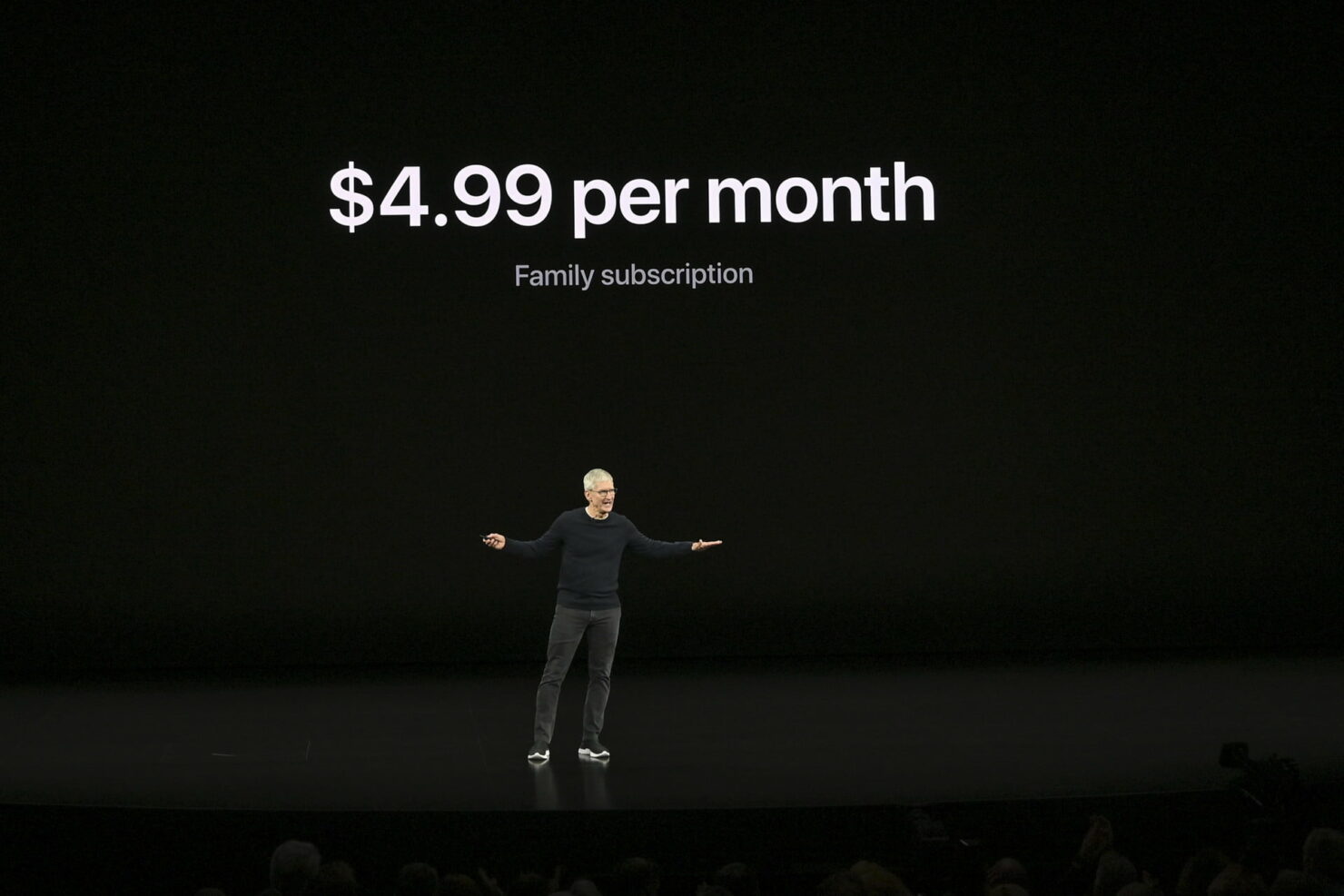 Apple's (NASDAQ:APPL) yearly fall keynote just wrapped up with a plethora of announcements for refreshed versions of the iPhone 11, a new iPhone 11 Pro, a new Apple Watch Series 5, and a new version of the iPad. Aside from hardware, Apple also gave new details on the pricing of Apple TV+ which comes in at a much lower price than Netflix (NASDAQ:NFLX)

While previous Apple fall keynotes have focused on refreshed versions of its hardware, a big theme for this keynote was highlighting Apple's service offerings such as Apple Arcade, and Apple TV+. As the refresh rate of mobile devices slow down, Apple needs new ways to generate revenue. Apple's services business -- which includes Apple Music -- rose 13% compared to the same time last year according to filings and is certain to continue to rise with the inclusion of Apple TV+. Now, services comprise approximately 17% of Apple's revenue.

That being said, the iPhone still represents roughly half of Apple’s total revenue. Thus, the success of the iPhone is the success of Apple. New business units like services can make up for some of the loss of revenue from hardware, but they can't replace it. 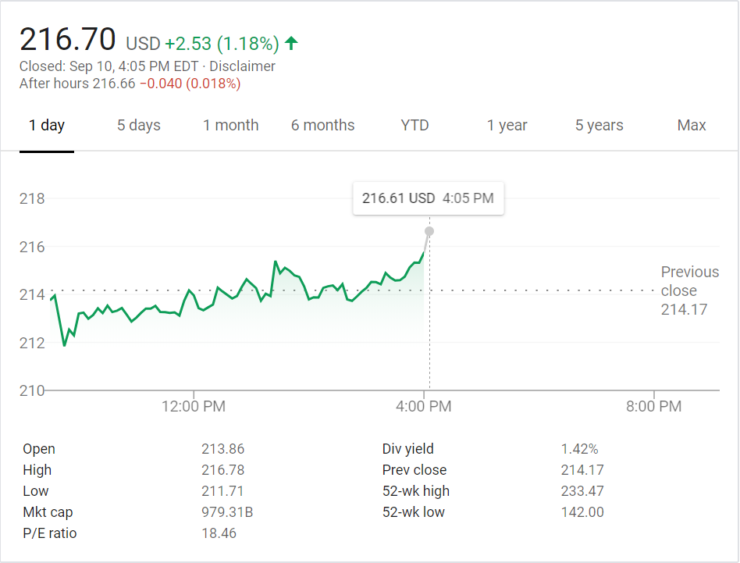 At the end of the New York trading day, Apple's stock is up just over 1% -- hardly a rally. This demonstrated an inherent skepticism from traders that Apple's two new iPhone models, the 11 and the 11 Pro, will do enough to drive revenue for the company.

However, unlike other iPhone launches -- even the ones that also didn't exactly excite investors -- the threat of China and the trade war is looming large. Apple's iPhone sales in China were down 30 percent during the first quarter of the year according to data from Canalys. Apple's market share has fallen dramatically in-Country, as local giant Huawei has made substantial gains. Apple now is in third place, behind Samsung and Huawei. 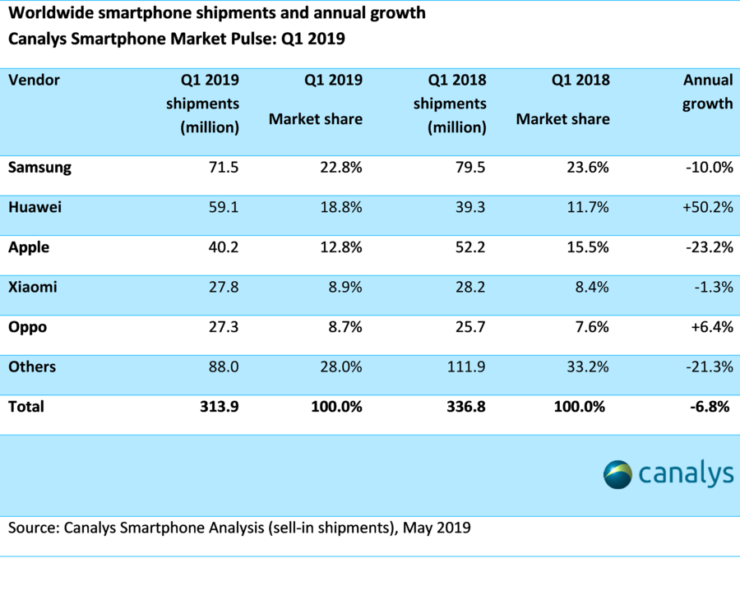 The big story from the event might not even be from Apple, but rather how Netflix (NASDAQ:NFLX) and Disney (NYSE:DIS) stock reacted to the news of Apple's aggressive pricing for Apple TV+.

Apple TV+ will cost $4.99 a month and will launch on Nov. 1 — right next to Disney’s streaming platform, Disney+, which arrives Nov. 12. Apple TV Plus will be cheaper than Disney+, however, which is set to cost $6.99 a month. Apple also said customers who buy a Mac, iPhone, or Apple TV will receive a free year of Apple TV+.  Apple's pricing is below analyst expectations of about $9.99 a month.

Netflix's stock was down 2% by the end of the trading day in New York, with the biggest drop in the day coming during the Apple keynote. 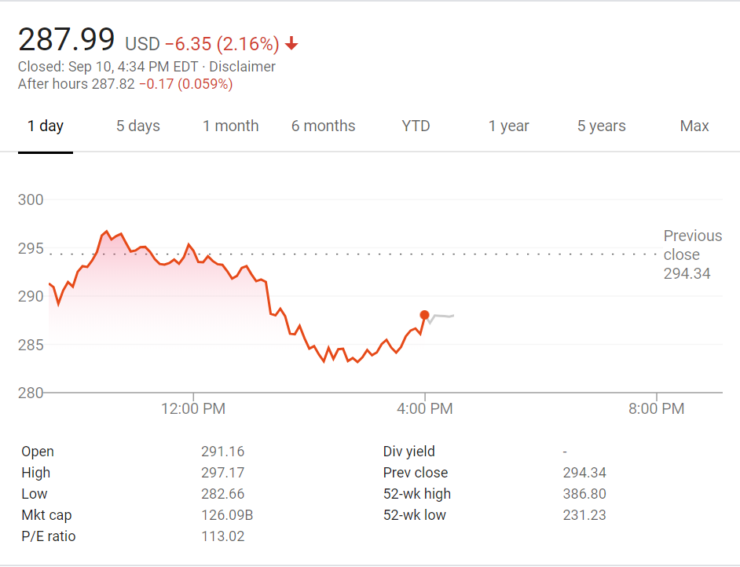 Netflix is going to be hit hard from the streaming wars, as analysts believe that the stock is dramatically overvalued.

"What’s embedded right now into the assumptions surrounding earnings is that at some point Netflix hits a plateau in its spend,"  GHP Investment Advisors President and Chief Investment Officer Brian Friedman told Wccftech in an earlier interview. "Once it hits that plateau, it will be generating enough new content with a sufficient library, as the number of subscribers continues to rise, their profit margins will ultimately rise to quite significant levels." 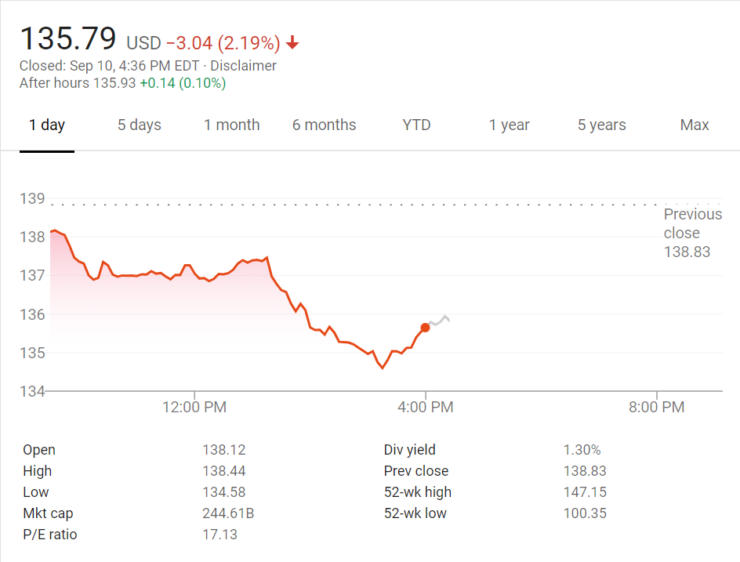 Disney's stock was down almost 2.2% by the end of the New York trading day, with investors concerned that Disney can't compete with Apple on pricing. Disney+ costs $7 a month. Disney is also going to offer a bundled service that includes Disney Plus, ESPN Plus, and ad-supported Hulu for $13.

Roku's Stock is the Biggest Loser from Apple TV+

The stock that took the biggest hit on the announcement of Apple TV+'s pricing was not Netflix or Disney, but rather Roku (NASDAQ:ROKU). By the end of the New York trading day, the stock was down just over 10%. 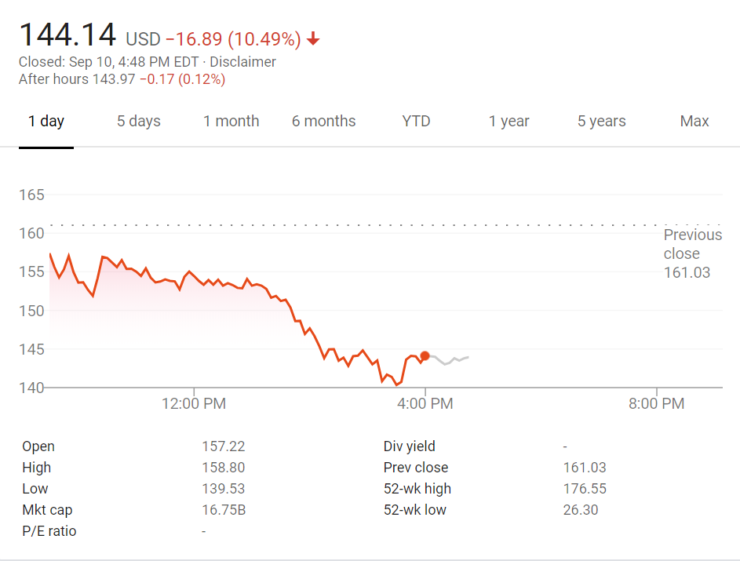 Roku, which makes set-top streaming boxes, shouldn't be a loser, on paper, to Apple's announcements. After all, Apple TV+ is said -- though it's not entirely confirmed -- to be platform agnostic. While those that purchase a new iOS device will get a 1-year free trial, Apple will likely offer an app for Roku too.

The market is likely concerned that Apple's aggressive 1 year free trial for its Apple TV+ service with the purchase of a new iOS device might persuade users to buy a new Apple TV streaming box rather than a new Roku.

In June, Wccftech predicted that Apple TV+ would actually be the biggest loser from the launch of Disney+ given Apple TV+'s limited hardware compatibility. Netflix and Disney+ would be compatible across all streaming box platforms, including Roku, while it's a big question mark if Apple TV+ will be.

Some analysts, however, believe that the Apple threat may be more muted. The market might be looking at its pricing instead of the actual content offered. Michael Pachter, an analyst with Wedbush Securities, told The Street that he was unimpressed with the content offered on the service.

"There is no content to speak of," said Pachter of Apple TV+. "Their lineup consists of two hours a week of original content."

Check back later to see how select supply chain stocks in Asia fared during its trading day.