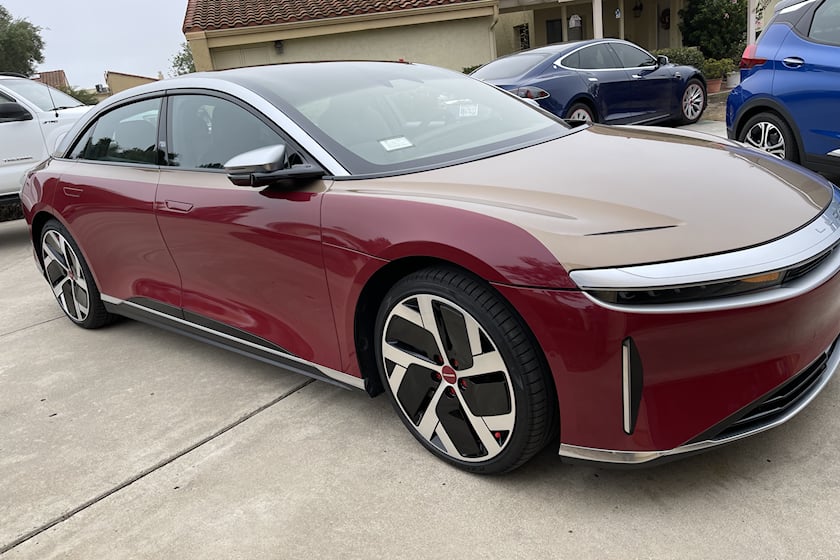 Lucid Group (NASDAQ:LCID), the manufacturer of the stunning Lucid Air electric sedan, is gearing up for the next major bullish impulse.

Lucid Group has now apparently begun sending emails to its prospective customers in the EU, prompting those who have already pre-ordered Lucid Air EVs to now convert their orders into formal reservations. Typically, it takes a few weeks (in some cases months) for reservations to translate into deliveries, with customers receiving another email to configure their vehicle as the delivery window nears. Readers can peruse one such email attached in the tweet below:

Of course, 2022 is expected to be a huge year for Lucid Group, with the company already announcing its intention to start building its overseas footprint. To this end, the company is also seeking to establish its iconic Lucid Studios in select locations across the EU and the Middle East:

We're expanding internationally. Visit one of 20 Lucid Studio, Sales, and Service locations, and see where we're headed next.

The past few weeks have witnessed an amalgamation of bullish developments around Lucid Group, peppered with instances of outsized fear. For instance, the stock was added to the benchmark Nasdaq-100 index toward the end of December 2021. The index is composed of the 100 largest non-financial companies listed on the Nasdaq stock exchange. While the inclusion does not necessarily result in additional bids for a stock, it does provide material ancillary benefits, including additional liquidity and the attendant lowering of the average bid/ask spreads, as well as increased coverage from financial analysts. Lucid Air was also named MotorTrend’s car of the year for 2022, precipitated by the record-breaking EPA range of 520 miles for the Dream Air edition.

On the flip side, Lucid Group bears have sought validation from the specter of a full-fledged SEC investigation now that the company has received a subpoena for additional documents pertaining to certain commitments and financial projections that Lucid Group had made in its pre-merger phase. The ongoing probe likely centers around Lucid Group’s inability to initiate deliveries of the Air EV by the spring of 2021 and a full-year delivery target that plunged from 6,000 units earlier in 2021 to just 520 units later on. Lucid Group’s convertible note offering to raise between $1.75 billion and $2.0125 billion, as well as the lock-up expiration for the stock’s founder shares, marked other instances when the Fear, Uncertainty, and Doubt (FUD) narrative reigned supreme.

While Lucid Group shares had held strong in the earlier part of January 2022, they were hammered recently amid a market-wide rout precipitated by the US Federal Reserve’s hawkish interest rate policies. Of course, the uncertainty around how many vehicles the company managed to deliver in 2021 against its target of 520 units remains another bearish influence.

Against this backdrop, today’s development could not have come at a more opportune time for Lucid Group bulls.