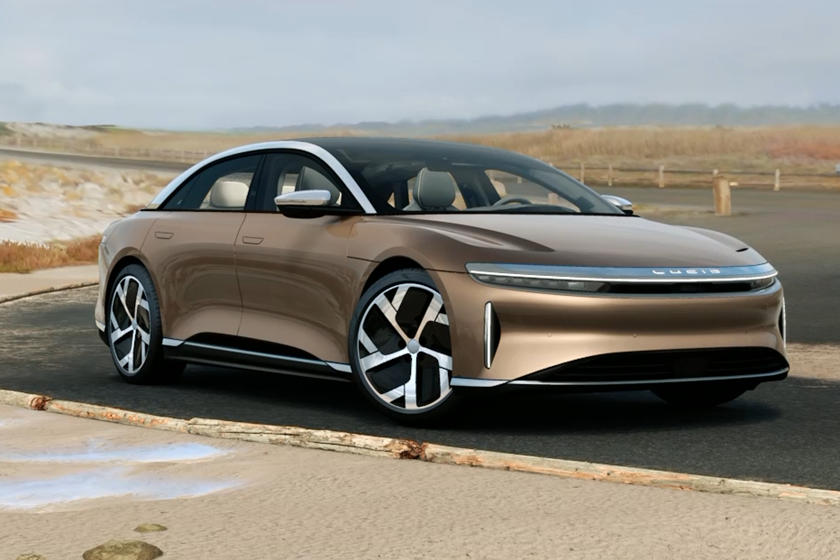 Lucid Group (NASDAQ:LCID), the company behind the ultra-luxury Air electric sedan, is currently suffering from a budding narrative that seeks to spread fear, uncertainty, and doubt (FUD) among investors.

The attempt to spread FUD began when Lucid Group disclosed an SEC investigation earlier this week, gained prominence with yesterday’s announcement related to the issuance of convertible notes, and then reached a crescendo when the CEO and CTO of Lucid Group, Peter Rawlinson, disclosed his stock liquidation. Let’s analyze each of these developments to synthesize their attendant bullish or bearish implications.

The Specter of an SEC Investigation

First, as we noted in a previous post, Lucid Group has received a subpoena for additional documents in relation to an investigation by the SEC. While the specific scope of this investigation has not been disclosed, it does pertain to the pre-merger period when the SPAC Churchill Capital Corp. IV (CCIV) was gearing up to take Lucid Motors public. As per the trend gleaned from a couple of lawsuits filed against CCIV, the SEC’s probe likely centers around Lucid Group’s inability to meet some of its pre-merger commitments, including its failure to initiate deliveries of the Air EV by the spring of 2021 and a full-year delivery target that plunged from 6,000 units earlier this year to just 520 units today.

Readers should note that, in light of the global chip shortage and the attendant supply chain bottlenecks that have remained an industry hallmark for much of this year, Lucid Group’s inability to meet its much more ambitious delivery target is understandable, especially when taking into account the complex assembly line teething problems. In any case, Lucid Group faces a punitive fine from the SEC in the worst-case scenario, hardly the catastrophe that the bears are loudly proclaiming. In fact, a proverbial rap on the knuckle this early in Lucid Group’s public life might even turn out to be a blessing in disguise, ensuring a corporate culture where commitments are respected, unlike the situation at Tesla (NASDAQ:TSLA) where almost no product is ever delivered on time.

Next, let’s analyze Lucid Group’s convertible note offering. As per the company’s press release, it is seeking to raise between $1.75 billion and $2.0125 billion by issuing senior, unsecured notes that can be converted to common shares “in certain circumstances and during specified periods.” Additionally, if conversion is merited, Lucid Group retains the right to settle in cash. These notes can also be redeemed for cash at the company’s discretion after the 19th of December 2024, provided that LCID shares are trading at 130 percent of the conversion value, among other conditions.

So, as a result of this offering, there is no immediate dilution in Lucid Group’s ownership, and the company gains a sizable buffer to its present cash balance of $4.8 billion (as of Q3 2021) in order to finance manufacturing capacity expansion related to its electric vehicles and energy storage systems, increase R&D, and expand its retail and service network footprint. I fail to see a problem here. And yet, the stock is down nearly 6 percent in pre-market trading. Of course, a part of this plunge can be attributed to the knee-jerk reaction function of investors. But the budding FUD narrative has likely exacerbated any ensuing bearish impulse.

Finally, let’s disassemble the narrative around Mr. Rawlinson’s recently disclosed stock liquidation. As per Form 4 filed with the SEC, Rawlinson has liquidated 466,749 shares of Lucid Group, netting $29.751 million in the process. The FUD narrative has honed in on the timing of this sale, coming just ahead of the SEC investigation disclosure. In reality, this sale was scheduled months in advance. As per the Form 10-Q filed by the company, Peter Rawlinson’s time-based RSU’s are scheduled to vest in sixteen quarterly installments beginning on the 5th of December 2021 (source: Form 10-Q, page 28):

Rawlinson’s share sale is likely intended to meet the tax obligations related to the options that have vested now. This has nothing to do with the SEC investigation, and any overlap in this regard was purely coincidental.