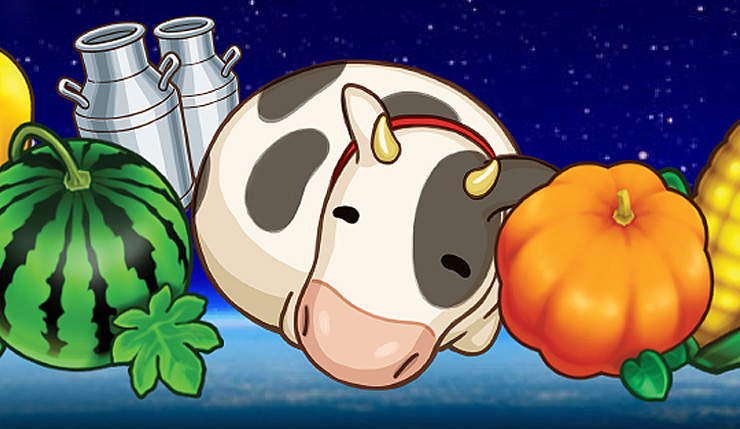 The next Harvest Moon game trades in the series’ traditional low-key farm RPG charms for frantic same-couch co-op action. That may elicit some groans, but the Harvest Moon brand isn’t what it used to be. “Harvest Moon” as you likely remember it was developed by Japanese studio Marvelous under the name Bokujo Monogatari (Ranch Story), with publisher Natsume applying the Harvest Moon brand for Western releases. In 2014 this arrangement came to an end, as Marvelous/Xseed Games opted to publish the series themselves in the West under the new name Story of Seasons. Natsume has stubbornly continued to publish their own Harvest Moon games in the North America and Europe, but they haven’t been anywhere near the quality of the Marvelous-developed titles.

In other words, maybe it’s time for Harvest Moon to try something new. Natsume’s longtime community manager CeeCee did confirm to me that another traditional Harvest Moon is in the works, but for this year, Harvest Moon: Mad Dash is the franchise’s big offering. I got the opportunity to try out Mad Dash a E3 2019, and it very clearly draws inspiration from indie hit Overcooked, with CeeCee admitting marketing the game without explicitly mentioning Overcooked has been hard, but that isn’t necessarily a bad thing. Overcooked and its sequel are fantastic games, so it’s a good foundation to start from. 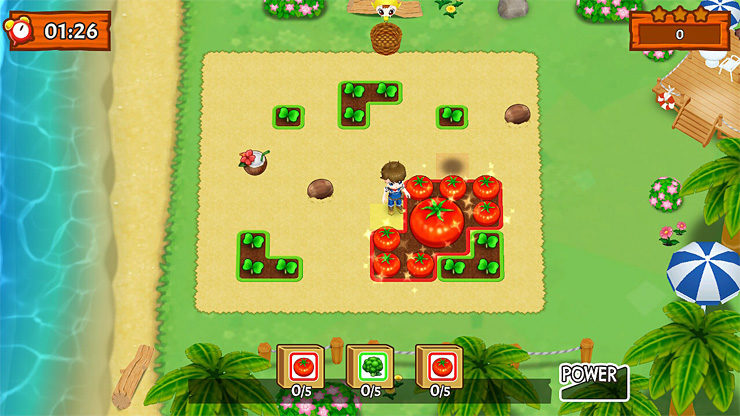 Like Overcooked, Harvest Moon: Mad Dash is divided into a series of single-screen stages, with up to four players combining forces to fulfill a steady flow of orders that pop up along the bottom of the screen. Of course, unlike Overcooked, which focuses on preparing and cooking finished dishes, Mad Dash is all about growing and harvesting the base ingredients. The game is also a touch more abstract than Overcooked, with chopping, blending, frying, and baking replaced with classic color-matching puzzle mechanics. Various formations of color-coded seeds are spread around the stage, and when picked up and placed next to seeds to the same type, they grow into sprouts and, eventually, fruits and veggies. Once you’ve got some mature produce on your hands, you can harvest them with a push of a button. In addition to combining seeds to grow produce, you can build up stacks of hay to feed cows, which you can then milk, or pull fish out of water tiles. 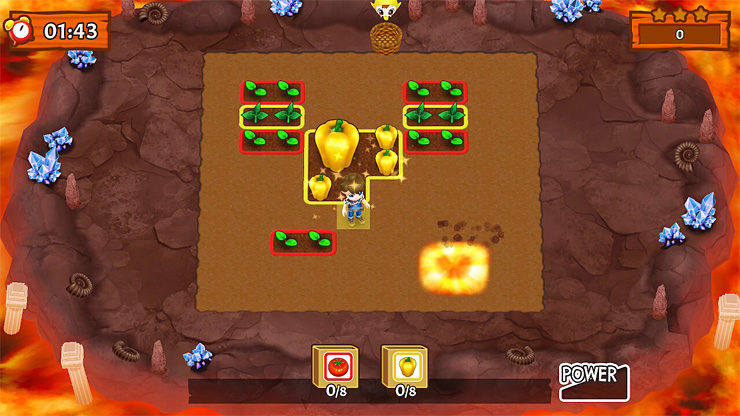 Harvest Moon: Mad Dash’s base mechanics work rather well, although I am slightly worried about its level design. Uniquely constructed kitchens that force players to work together in specific ways are Overcooked’s secret sauce, and the stage design in Mad Dash doesn’t seem to be on the same level. Most of the stages I played were just open fields with seeds, fish, and other things scattered around at random. Granted, some of the last stages I tried did introduce some unique elements, like scorching pools of lava and charging bull-like enemies, so I’m hoping the latter half of the game is more varied and challenging. As is, I easily beat all the stages I tried, although nabbing 2-and-3-star scores ought to be tougher. 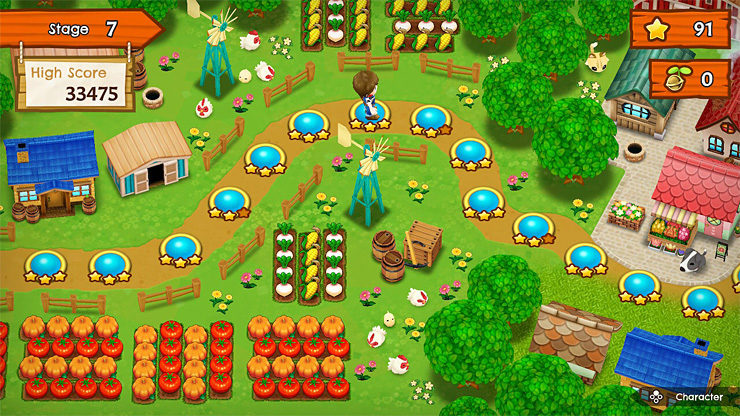 There’s really not too much more to say about Harvest Moon: Mad Dash, as it really is a very simple experience. The game has a full world map, and dozens of stages, but you shouldn’t expect it to be anywhere near as substantial an experience as a traditional Harvest Moon RPG. It should also be mentioned that Natsume hasn’t confirmed online play for the game yet, although their community manager did hint it may be in the works. Hopefully Natsume doesn’t dash this one out too quickly, because there is promise here.

Harvest Moon: Mad Dash probably isn’t the franchise savoir Natsume is looking for, but based on my hands-on time, I’d say it’s a worthwhile experience in its own right. Pick-up-and-play co-op experiences like this are still too rare, and Natsume has sprouted a satisfying mix of established and new ideas. No, Mad Dash isn’t as good as Overcooked, but if you’ve exhausted everything there is to do in the kitchen, a trip to the farm might be in order.