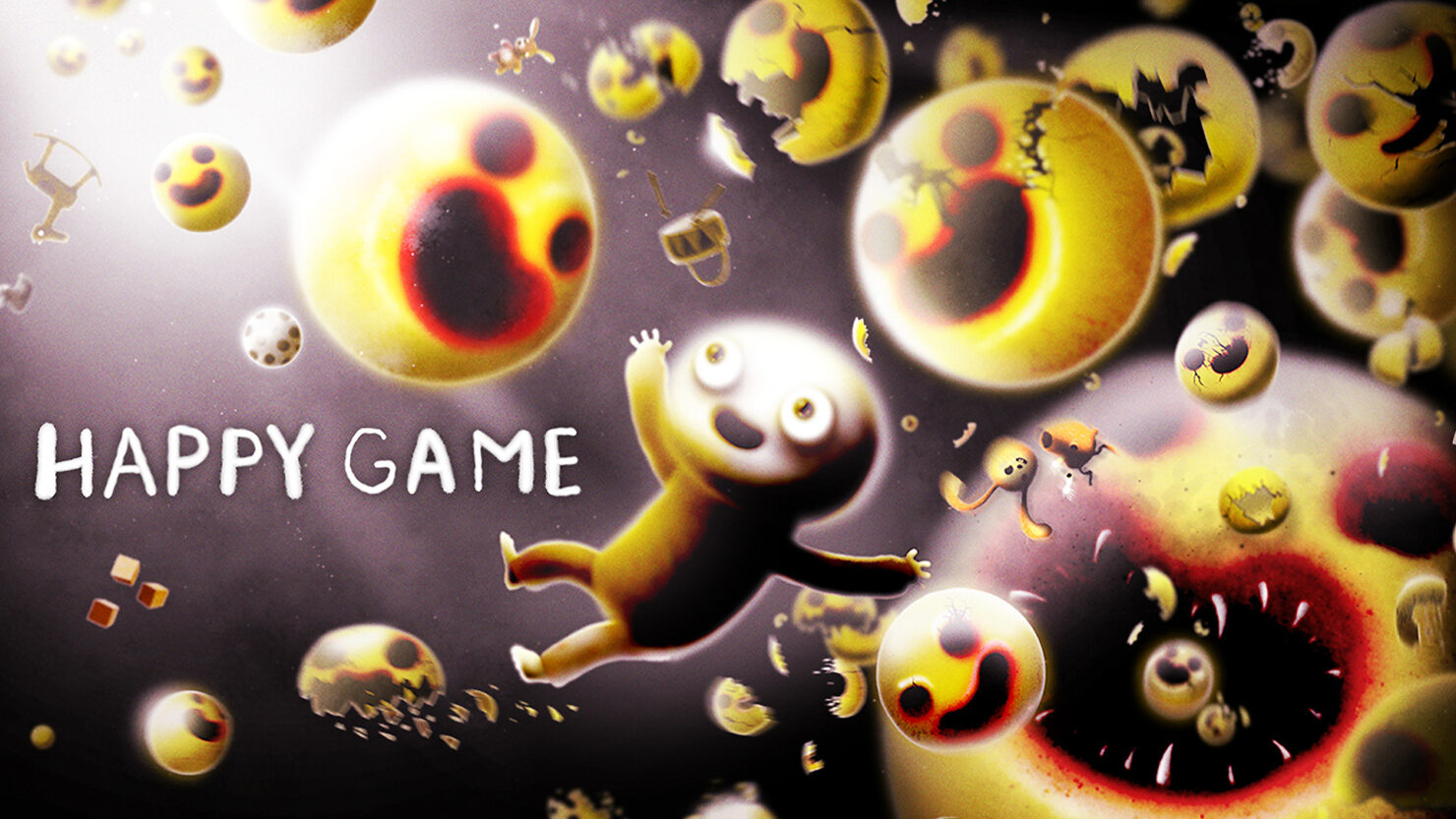 Games that mix the cute and seemingly kid-friendly with horror aren’t necessarily anything new. That’s essentially the premise behind the wildly successful Five Nights at Freddy’s series after all. That said, when the talented folks at Amanita Design (Machinarium, Creaks, Samorost ) decide to do the candy-colored horror thing, you sit up and take notice. From Botanicula and Chuchel director Jaromír Plachý, Happy Game offers the accessible point-and-click fun Amanita is known for, while dialing the dark undercurrent their games often have up to 11. Blood, dismemberment, and all sorts of gross squishy things -- Happy Game goes there, and then some. Of course, edginess for its own sake isn’t that exciting. Does Happy Game measure up to Amanita games of the past or has all the bloodletting left it a bit anemic? Happy Game stars an unfortunate melon-headed child who’s plunged into a land of nightmares after being visited by a mysterious dark force. You must guide the kid through three disturbing dreams, usually while chasing something important to him (a ball, a stuffed rabbit, a puppy). The game does a fantastic job of steadily ramping up the creepiness – the first nightmare largely focuses on weird toys, which are eerie enough, but not that off-putting. The second dream amps up the juxtaposition between the cheery and corrupt, serving up smiley faces, happy hearts, and killer flesh-eating bunnies. Finally, the atmosphere in the last dream is downright oppressive, with a muted color palate, heavy music, and some truly grotesque creatures who are all too ready to do horrible things to you. Interestingly, as Happy Game progresses, it’s not just the monsters you encounter that become more disturbing – the things you do to them gets more extreme as well. You’re encouraged to slice, rip, grind, and torture the monsters as the game’s kid protagonist looks on in horror. What's it all mean? I’m not really sure. Like most Amanita projects, Happy Game is full of striking imagery, but I’m not sure it’s symbolic of much.  Honestly, I’m fine with that. Not all artistic indies need to be some grand metaphor.

When it comes to gameplay, Amanita games tend to operate in one of two modes – simple point-and-click experiences (Samorost, Botanicula) and more in-depth, mechanically-complex adventure games (Machinarium, Creaks). Happy Game is definitely the former. The game’s main innovation is a point-and-pull mechanic that allows you to latch onto various things with a click of the mouse and tug them in various directions, often with somewhat gross results. Most of the game’s puzzles are rather simple, with the player simply having to figure out how various toy-like objects and creatures work, but there are a few more complex brain teasers that will get you thinking. 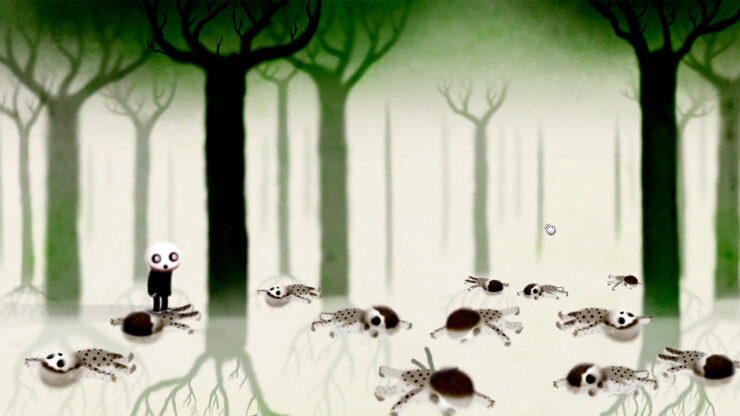 A Horror Treat Worth Savoring

Like happiness itself, Happy Game is fleeting, weighing in at around 2 to 3 hours. That may sound a bit thin, but the game only costs $13 (and is currently on sale) so it’s hard to get too upset about a lack of value. Really, Happy Game is the perfect quick hit of creepiness without a major time commitment. Put the game on at your Halloween party and see what kind of weird looks it inspires! Happy Game may not last much longer than a good trick-or-treating session, but it will stick with you long after the mini Kit Kats are gone.

Happy Game is available now on PC and Switch.