The Point and click adventure genre is probably the one that has changed the least since its beginnings. Technology improvements have allowed developers to create more immersive worlds and scenarios, but the basic puzzle solving experience is still pretty much the same as it was in the early 90s, when series like Monkey Island were all the rage. Despite this lack of innovation, point and click games still enjoy some moderate popularity, and plenty of titles will be released before the end of the year. This list includes two published by Microids, Yesterday Origins and Syberia 3, which the publisher showed off during Gamescom 2016 last month.

If there's anything remarkable about Yesterday Origins, sequel to Yesterday developed by Pendulo Studios, it's the presentation. The game sports a rather personable graphical style featuring cel shaded 3D characters and 2D backgrounds which give the game a graphic novel feel. The game's premise is quite interesting as well, with players taking on the role of John Yesterday and Pauline Petit, a couple with a peculiar trait: they have become immortal following an alchemical transformation. John, however, has to deal with an additional issue that makes his resurrections more troublesome, as he loses his memory every time he is reborn. The quest for his lost memories will bring players all over the world and even through time, with each location filled with puzzles to solve. Yesterday Origins' gameplay experience doesn't differ much from other point and click adventure games, with players roaming through a variety of locations in search of items and clues to proceed; there actually is one thing, however, that differentiates the game from other adventure games: players will have to specify how to use an item. It's nothing new for the genre, but it's a nice variation that might help it stand out from the competition when it launches on October 13th on PC and consoles. 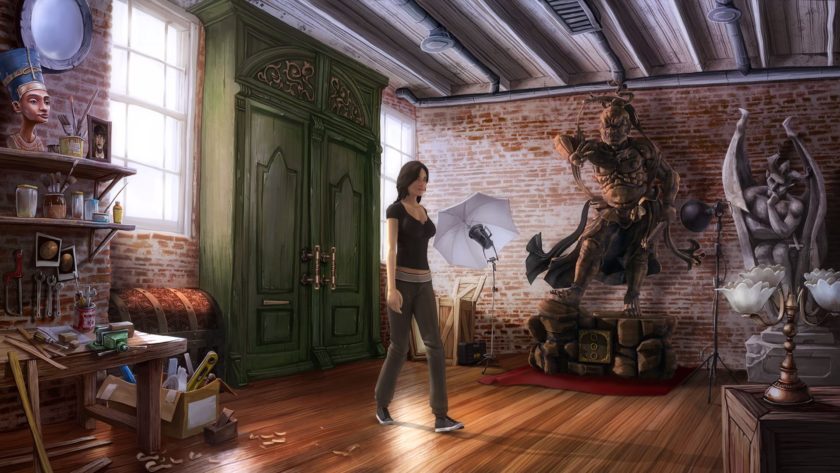 While Yesterday Origins isn't exactly a highly anticipated title, due to being the second entry of a relatively young series, Syberia 3 is a game that many have been expecting for a very long time. Direct sequel to the second entry of the series, released back in 2004, Syberia 3 will pick up right after the events of the previous game, with players controlling Kate Walker once again as she explores a new, mysterious land inhabited by the Youkols. There's very little we know about Syberia 3's story at the moment, but we do know that the Youkols and their peculiar customs will play a rather central role, so long time fans of the series will find plenty to like in the story.

Despite the long years, Syberia 3 will feel instantly familiar, with only very few changes, mostly regarding graphics. The game will sport full 3D graphics, a first for the series, but everything looked a bit rough in the build showcased at Gamescom, with some very stiff animations that will make long time fans long for the 2D approach of the previous game, if the issue is not corrected before release. Steampunk elements will also be present in full force, so the spirit of the series, at least, will be in the new game. 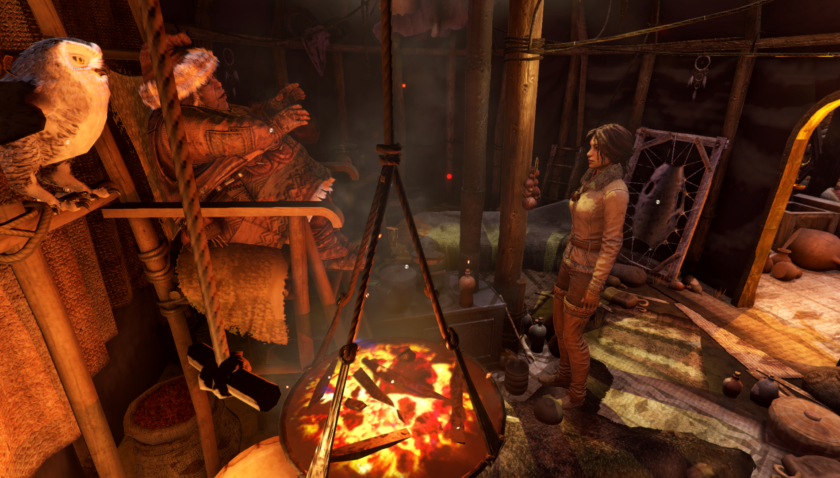 If you have recently played any point and click adventure game, then you already know how Syberia 3 will play, with players tasked with exploring locations and solving puzzles. A couple of features new to the series include a dialogue system, which unfortunately doesn't look like will bring any real change for following events, and the ability to check out items in 3D, something that will be required to complete some puzzles. Both features have been included in other adventure games, so there's very little innovation in what we have seen so far.

Judging from the Gamescom 2016 showing, Syberia 3 is a game that is being developed mostly for fans of the series who have waited over 10 years to see Kate Walker again, as there's isn't the required level of innovation to attract a new generation of fans. The story is probably going to be as compelling as in the past, so those looking for a solid, albeit not revolutionary, adventure game will surely find plenty to like in Syberia 3 when it launches on December 1st on PC and consoles. 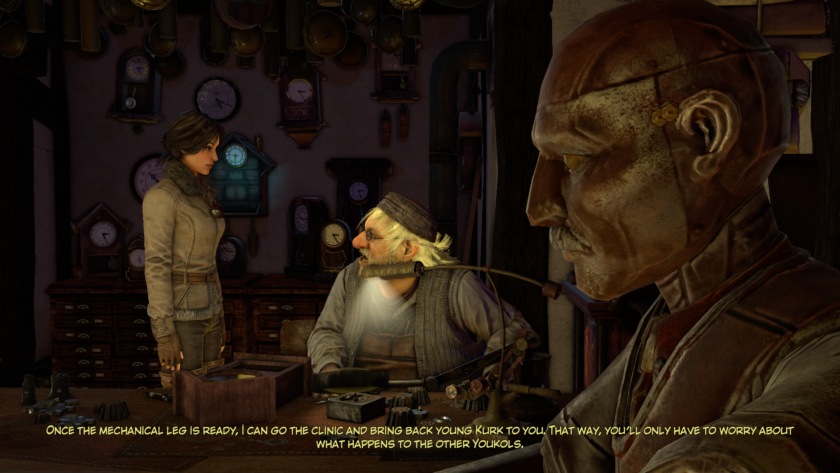