Independent developer OhNoo Studio has revealed a new trailer for their upcoming animated point-and-click game, Tsioque.  Tsioque puts players inside a mysterious castle, full of traps and monsters, spellbound by the dark magic of the Evil Wizard. You can watch the trailer below.

Tsioque is a 2D adventure inspired by point-and-click titles from the 80s and 90s. Players take the role of young Tsioque, a girl imprisoned in a castle by the Evil Wizard. Escaping and putting an end to the Evil Wizard's plans before time runs out is of utmost importance. 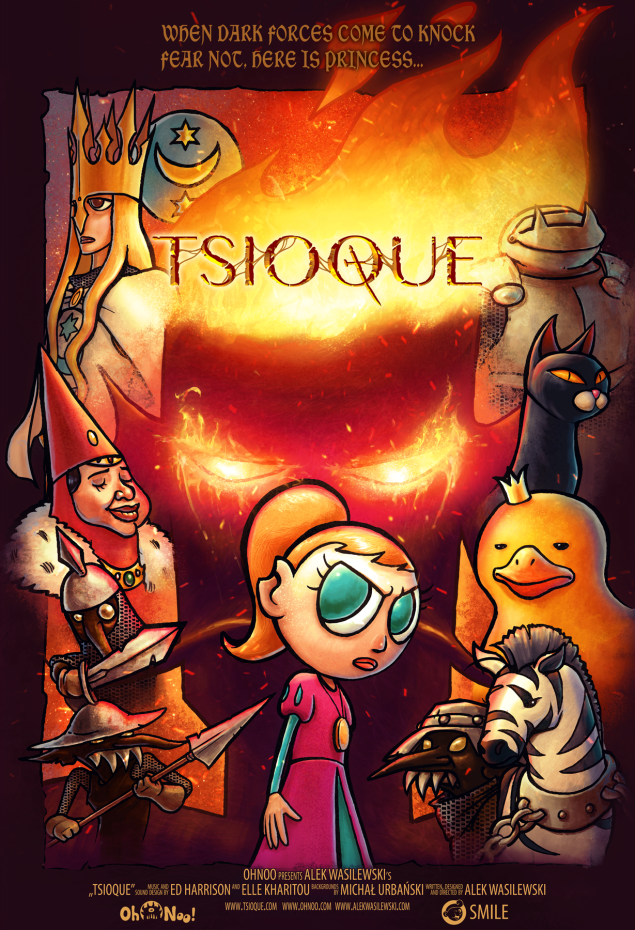 OhNoo Studio is a small, three person studio from Poland, that has previously released Tormentum – Dark Sorrow, a title that was very well received by critics and players alike. After the release of Tormentum they started a collaboration with animation filmmaker Alek Wasilewski, and the amazing results of their partnership are quite evident in Tsioque.

Tsioque has a planned 2016 release date for the PC and Mac. You can support Tsioque at its Kickstarter page here. We will bring you any new information on this immensely promising 2D adventure title as soon as it becomes available. There is a playble demo available for Tsioque which can be downloaded from Steam.