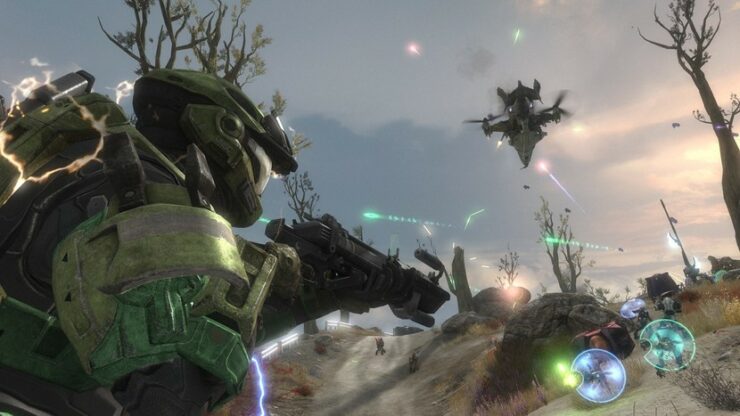 Halo developer 343 Industries has revealed both the minimum Halo Reach PC requirements and the required specifications to play the game in 1080p and 4K.

The final PC flight kicked off earlier this week and in a new blog post, 343 Industries has now shared some additional details about the upcoming PC version, including requirements to be able to actually play the game. Fans will be happy to learn that the Halo developer has been busy optimizing the game across numerous configurations and even the most expensive hardware pieces listed are quite affordable nowadays. As it turns out, even the use of integrated graphics is currently being tested.

343 Industries has released a specs chart that’s based on playing the game somewhere between 50 and 60 FPS. Please note that these specifications are for the Steam version of Halo Reach. More options are currently being tested and the specs for the Windows 10 version of Reach will be slightly different. Check out the chart below: 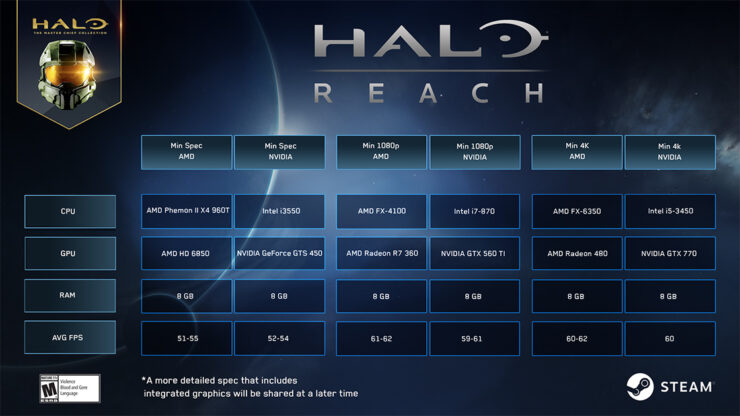 In other related Halo Reach news – the developer also shared details about crossplay and cross-progression once the game launches for both PC and Xbox One. As covered earlier, the game will support crossplay between the Windows 10 and Steam versions of the game, but Xbox One/PC crossplay won’t be supported at launch. There might be a post-launch update that enables this but 343 Industries is still evaluating this.

However, Halo Reach cross-progression will be supported between the Xbox One version and the PC version. As such, players will be able to load up on either and campaign progress will be unlocked appropriately on each platform as progress is made. Mid-session saves will NOT transfer between Xbox and PC as they are not compatible. 343 Industries has released a handy graphic that explains how crossplay and cross-progression will work within Halo The Master Chief Collection, and we’ve included this chart below as well:

Halo Reach PC is said to be released later this year, but 343i has yet to announce an actual launch date. Chances are that the game is being delayed into early 2020. Check out this article if you're interested in some Halo Reach PC campaign gameplay from the game's final PC flight.