In the months following Halo 5's release on Xbox One, players have been creating all sorts of multiplayer maps through the Forge features. Some didn't stop at just creating completely new maps, though, with maps trying to recreate locations from popular games such as Metal Gear Solid's Shadow Moses and others also showing up. Earlier today another one of these Halo 5 Forge map recreating locations from other games has been made available. 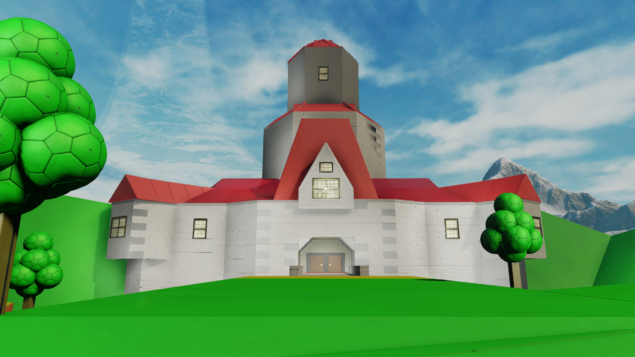 Halo 5 player Bearskopff has managed to recreate Peach Castle from Super Mario 64 in a new forge map. The results of his hard work are amazing, as the map manages to recreate the same atmosphere of the original location. To download and play the map, players only need to search the Bearskopff Gamertag. A few screenshots of the map have also been shared and you can check them out right below.

Halo 5 Guardians is the latest entry of the Halo series developed by 343 Industries. The game, released last year exclusively on Xbox One, sees players exploring a variety of locations in first person view mode, with a third person view mode available during cutscenes and specific gameplay sequences. The Halo gameplay experience has also been enhanced with some new features such as Spartan Abilities, NPC Spartans present during most of the game that can receive orders from the player and much more.

Halo 5 Guardians is now available in all regions exclusively on Xbox One.