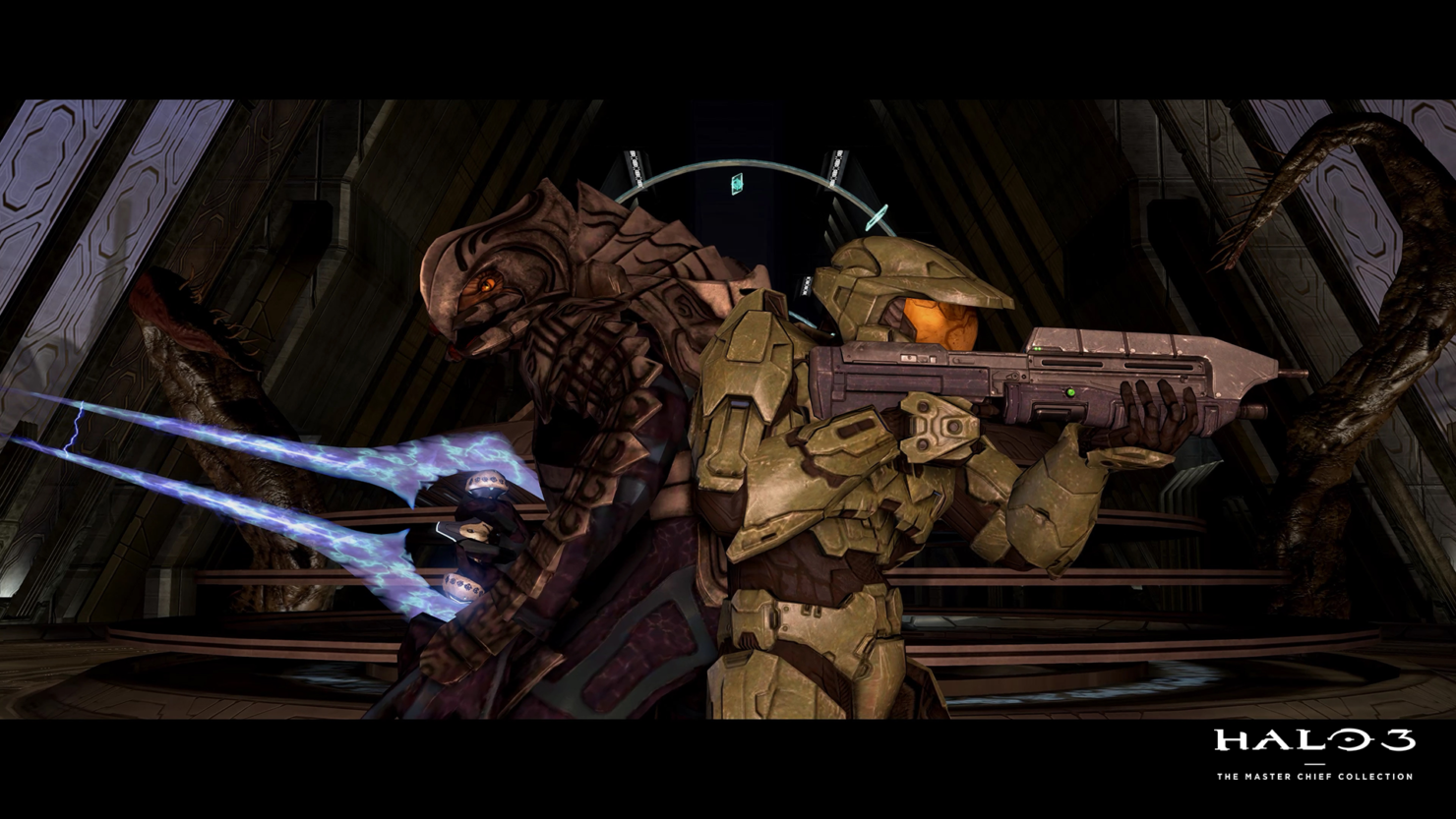 I'm not a game reviewer and this is not a Halo 3 PC review. But, it is my hands-on impressions after several hours in the campaign component of the Halo 3 update to the Halo Master Chief Collection for PC. I played through portions of this game on two different systems; my laptop with a Core i5-9300H and GTX 1650, then on my ultra-wide gaming PC with a Ryzen 9 3900X and RTX 2080. I tossed my controller to the side for this as if I wanted that experience I would have just plopped down on my sofa with my Xbox One version of the game.

But you play this on PC for all the enhancements you get; faster load times, better graphical fidelity, ultra-wide support, unlocked frame rate, basically all the good stuff you want on PC. Halo 3 finds itself in a very interesting place in the Halo: MCC. Development wise it was the first game released on the Xbox 360 and fairly early in its life cycle, with Halo Reach coming next, followed with Halo 4. Because of this, the mechanics of the game can come across a bit off compared to Reach and the remastered Halo and Halo 2. I'm not going to discuss the quality of the story because quite frankly it's Halo 3 and it launched almost 13 years ago. But I will say it remains unchanged for those revisiting and the newcomers will get to experience the story as it was told back in late 2007.

If you've played any of the Halo: MCC installments then you'll feel right at home in Halo 3, bring over your custom key mapping and get to fragging. But, this time the game feels much more accurate and less jerky in movements and on-screen animations. While the game does have an option for a maximum of 60 FPS mode or unlocked I found some animations seem to carry out at 60 FPS regardless which can make it a bit weird at times.

Movement in the game feels good and you run around the environment. Swapping weapons is seamless and rarely did I find myself swapping accidentally with guns on the battlefield, swapping a shotgun for a pistol at the worst time. There are new vehicles in Halo 3 and they all control as well as before. Overall I came away from the gameplay experience with an overwhelmingly positive experience.

The music is as classic as ever hitting all the chords you expect in a Halo game, from the cinematic moments to ramp up for battles you'll find yourself as enthralled as ever. Explosions ring with weight making destroying vehicles and watching sticky grenades go off in a group of grunts extra satisfying. Your guns sound weighty and like they have punch, but the weaker guns sound and feel blah and that's kind of the point, ditch that plasma pistol for something much more useful.

I mentioned earlier the timeline of game releases because it's important to know the schedule since in the only two games to get a massive overhaul was Halo: CE Anniversary and Halo 2 Anniversary. Halo Reach, and how Halo 3 did receive some positive tweaks with enhanced sky boxes and backdrops while in space. Halo 3 however, will likely end up being the worse looking games of the Halo: MCC in my opinion. It was the first one released on the Xbox 360 and since then Reach came along and looked considerably better, then Halo 4 came and it could easily pass as an early Xbox One title. But that's not to say it's bad looking, just not the best of the bunch after going through both amazing Anniversary Edition titles.

One of the biggest graphical benefits for Halo 3 on PC is the textures, while they aren't going to blow you away, their draw distance is wonderful, textures in the distance are as crisp as they are up close. The texture improvements really elevate the game world. The environments look great, enemies look great, Master Chief and Cortana look great, the other human characters look like a genuine tragedy.

So far in the series, I have easily preferred the 'Enhanced' graphics setting over the 'Classic', but that's not true for me in this one. Throughout the first couple of hours, I left the graphics set to 'enhanced' but during a cutscene, I noticed everyone had a strange aura around them like someone cranked the bloom to 11 and it was exceptionally distracting. So, I turned the graphics to 'Classic' and the overpowering bloom was gone leaving a much more clean and normal looking environment.

While Halo 3 does still look very much like an older game one of the aspects of its design that helps keep it up in modern times is the attention to detail. Vehicles degrade as you go through the battles, they gather up debris on the underside as you drive through dirt and muck making it appear they age as you use them.  Particle effects are wonderful and the explosions are palpable. When you destroy an enemy vehicle you'll see shrapnel go everywhere, especially with the scarabs, those are my favorite to see go down.

Halo 3 is an absolute treat in ultra-wide as you get to experience black bar free cinematics and a glorious field of view, all of the screenshots in this article were taken at 3440x1440. But that's not to say it isn't just as memorable as ever in 16:9, especially at glorious 4K on the big screen. Performance is a non-issue here, the laptop with the GeForce GTX 1650 never had an issue running at 1080p and staying over the 60 FPS threshold.

Halo 3 for PC delivers. It's everything that made the single-player campaign memorable and more. The graphics are going to come across as the most dated of any of the games from on the Halo: MCC but they do dress them up enough to hold their own in 2020. Controls are top-notch and you feel in complete control of Master Chief and every vehicle to commandeer. From a technical standpoint, the only complaint I have is the occasional strange animations that are locked to 60 FPS.

The storyline is classic Halo 3, there have been some additional story elements worked in throughout at hidden terminals if you're into that sort thing and that's nice. For PC gamers this will give them the chance to finally 'Finish the Fight' of the original trilogy since the original Halo and Halo 2 were once available for PC already. I could easily recommend picking this one up, now that the game is out for everyone I think it's time to check out the multiplayer portion with some friends and feel a bit younger again.

Since I have never done video game coverage I wasn't sure what an acceptable number of screenshots from my time were. So here are 79 screenshots taken at 3440 x 1440 with the 'Enhanced' graphics option enabled. Enjoy.