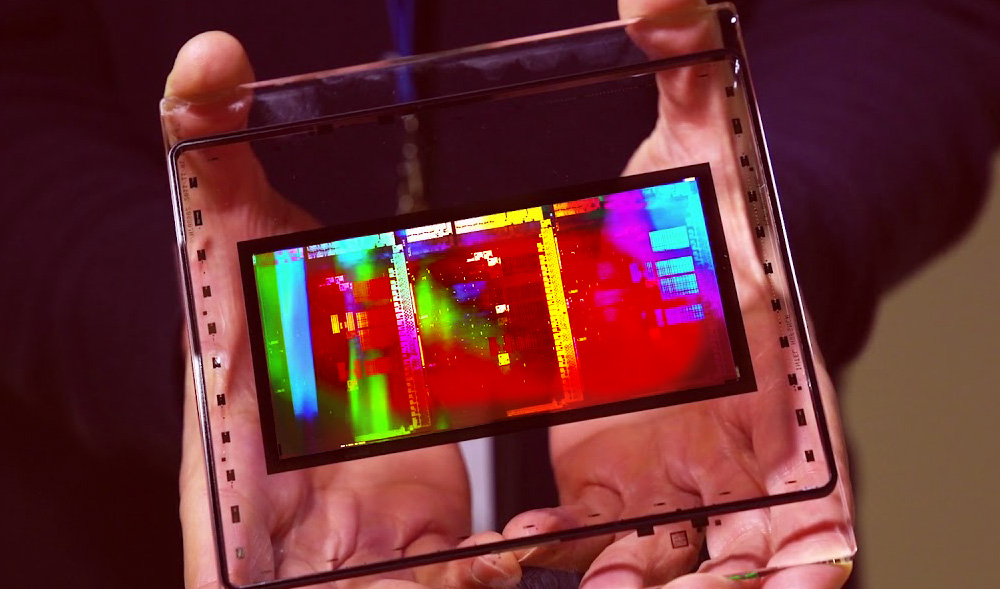 Elizabeth heard the air scrubbers kick into overdrive as the airlock meticulously removed any clinging particles from her plastic overalls. She was stepping into the clean room of one of the largest semiconductor foundries in the world after all – and when manufacturing things in the nanometers – a little bit of dust is simply not an option.

All around her, rectangular machines buzzed happily. These were the machines that made the machine – scanners that would etch a pattern so fine on a silicon wafer that it would actually be smaller than the wavelength of visible light.

She was one of the leading (and only) experts in forensic analysis of these unearthly contraptions – and it still blew her mind that all those tiny patterns ended up working as a cohesive whole. Sometimes when a lead engineer or scientist left in an unamiable fashion – these foundries would call her to finish their work or to reverse engineer the most recent working configurations. Jobs were few and far between, but they paid really well.

Her employer had informed her of a particularly interesting problem last night. There had been a breakthrough in manufacturing at this foundry and for some reason any attempt to recreate it on other scanners had failed. If they were calling on her then it likely meant that the lead engineer was no longer with the company – although she never inquired about the circumstances, on principle.

Luckily, the scanner with this special configuration was still running and her job was to figure out what had gone so right. A gig like this could take anywhere from a couple of weeks to months depending on how thorough the prior documentation was and how difficult the task.

A man in similar white overalls was standing in front of a scanner not far from her. As she walked towards him, he held out his hand.

“Call me Liz please” she replied reflexively as she took it.

“Hi, I am Alex Wang, I am the new lead engineer here.”

“Can you walk me through the situation.”

“Yes. My line manager had told me to expect outside help. This is the EUV device in question.” He pointed towards the scanner just behind him and then handed her a large circular wafer sitting on a stand nearby.

“Here. This is one of the 300mm prototypes from this scanner. We are getting 60% higher clock rates and very high yields. The etch is based on our standard 7nm commercial node.”

Elizabeth raised an eyebrow, EUV was the cutting edge of scanners in this space and something that was in trial mode in most other foundries. But considering it was this early in the life cycle, a 60% clock rate increase on the same node was pretty much unheard of.

“Anything that you have been able to find so far?”

She very rarely relied on native commentary, but leads were always helpful.

“Not really. The only major difference we can see with this wafer is a slight change in the refraction index.”

Scientists and their fancy terms, she thought, a change in the refraction index meant the color of the wafer was different.

“Can you show me?” she asked Alex and he promptly produced another wafer.

Sure enough, when she compared the two, she could make out just the tiniest hint of red in the newer one. It was barely a glint and rather hard to identify in tone.

“Red?” she murmured, and then after a closer inspection, “more like sapphire red actually”.

A change in the refraction index could be caused by a ton of stuff – materials used, geometry of etches etc. She could see she had a long road ahead of her.

It had been almost two weeks since Elizabeth had been working on this gig.

Alex had proven to be an incredible resource and while she hated to admit it, she was making record time because of his assistance. He had been working at this foundry for a long time and having a native definitely helped.

She knew from past experience that her employer would start getting fidgety before the first month was up – which was understandable considering every hour this EUV scanner was not producing wafers was dollars lost to the company in the millions. Only the thought of reproducing this across all their scanners would make them willing to accept the extended investigation – and she needed a smoking gun before that.

They had already determined that it wasn’t a materials change that was causing the desirable side effects. Silicon wafers going into the other EUV scanners were made from the same material after all and a quick randomized batch test of the input wafers had readily disproved that theory.

The answer then, lied in the etches. Colors are simply a specific wavelength that the human eye is able to distinguish and it was likely that an etch configuration was causing the red tint.

They had spent the entire week studying the masks – fifty in all – that the scanners used to etch the fine circuits. Half a lifetime of looking at these lithographic patterns and she had never seen a finer etch than this. The troughs were clearly defined and extremely narrow.

She also didn’t know how they had managed to get the original mask this tight; no existing technique would be able to produce this.

“This is almost like a ghost in the machine” said Liz, while bending over blueprints that clearly should not have yielded such perfect results.

“You know, I have been thinking about it and this tint is more like a ruby red than sapphire red. It would be a nice name for the commercial node too” commented Liz.

She idly wondered whether she should get a hexadecimal color sensor and settle this query once and for all.

They had been reading up on the partially completed documentation the former architect had left behind, which could potentially have led to the ruby red wafers.

Both Elizabeth and Alex agreed that this research was the key to reproducing his results and had started working on completing the documentation ever since.

It was a good Monday, and boy were those rare.

It had been well over two months, but Liz had finally gotten roughly similar results on another scanner. She and Alex had been able to complete the former architect’s research and this was the first time they had gotten a wafer to show a clock rate improvement of 47%.

It wasn’t as high as the original masks yet, but now that they knew exactly where to look – the company’s R&D team could flesh out the minor kinks. Her job was over.

She left Alex waiting in the clean room and stepped out through the airlock.

Her employer, Mr. John, was standing there.

“Nice work Liz, our engineers tell me you have figured out the secret of these red wafers. We will be clearing your cheque shortly along with a big bonus.”

“Thanks John, appreciate it. I couldn’t have done it without your new lead engineer’s help though –“

“Yeah, the guy over there” Said Liz pointed towards the clean room but stopped short.

She could see the scanner through the transparent wall, but Alex was not there.

“I don’t think there’s anyone one inside that room Liz” said a perplexed John “we haven’t hired a new lead engineer yet since that incident. In fact, no one has been allowed near that scanner apart from you. “

“Yes – our former lead engineer was murdered in his house…. Don’t you know? It was all over the news. The police haven’t managed to connect it to corporate espionage but that is what we suspect it was.”

She felt something unknown in her gut for the first time as the world appeared to be getting ready to spin around her – fear – but she had to know.

“What was his name?” She managed to choke out.

John seemed surprised by the question but answered anyway:

The last few weeks rushed through her mind as she realized her brain was simply refusing to process them.

As the room started to spin, and an alarmed John reached out to grab her, she caught a glint of something red from the corner of her eye.