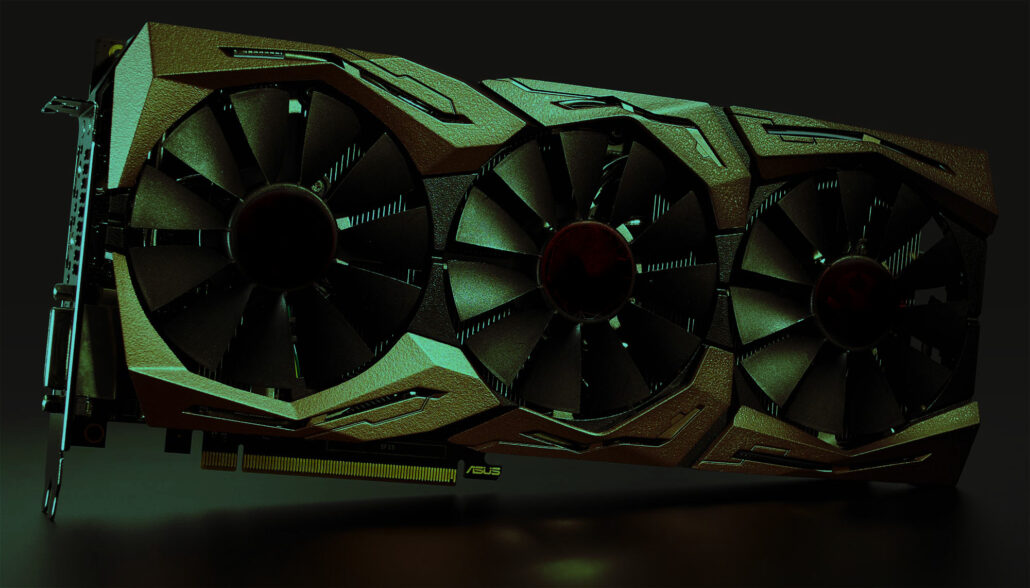 “You’ve got to be kidding me”

Andy grumbled as he looked at the price of the GPU he was planning to buy. It had been well over a year since the thing got released and had actually gotten more expensive. If things got any pricier, even selling a kidney wasn’t going to cut it anymore.

It seemed like he would have to head over to eBay for his upgrade after all and he’d been dreading that.

His last experience involved a Chinese manufactured GPU with the stickers swapped in the guise of a top-end graphics card. It had taken a month of back and forth before he had finally managed to get his money back. Thank Gaben for PayPal.

eBay turned out to be a bit more forgiving and although pricing wasn’t ideal, there were some deals here which looked good – assuming of course that it didn’t turn out to be a rock inside the box or something.

He knew Halloween was just around the corner so he was going to wait for some deals to pop up before finally making his decision.

Satisfied with his research so far, Andy switched the monitor off and climbed into bed.

He awoke with a start.

Thunder rattled through the windows and the grim fluctuations of lightning flooded the room every now and then.

His sleepy mind strained to process something at the edge of his subconscious.

Andy got out of bed and hastily made his way to the desk.

He did not have a surge protector and having already been the lucky recipient of the fried motherboard lucky draw from the irony gods - wasn’t about to tempt them further.

His monitor was on and showing one of the biggest and baddest GPU shrouds he had ever seen. There was almost something ancient about its aesthetics.

He didn’t remember bookmarking this but damn, the thing was not only powerful but super cheap as well.

It was obviously a scam – his cynical brain inserted into his thought stream.

A few more clicks and he kept staring at the screen, clearly perplexed.

A seller by the name of GPU4U_1999 with a very high rating, tons of prior sales and complete buyer protection was selling the best graphics card out there at a fraction of the original price.

After deliberating for a few more minutes, Andy shrugged and hit buy.

It wasn’t that big an amount and what was the worse that could happen? At max he would have to wait for another month and who knows – maybe one of big three would release a new GPU by then.

Andy went back to sleep.

Had he been paying a bit more attention; however, he would have noticed that his bank account was never charged.

The doorbell chimed, waking Andy up.

Rubbing the sleep away from his eye sockets, he groggily walked up to the door and opened it.

There was no one there, but a rectangular parcel covered in brown paper sat on the porch.

Had Andy been slightly more awake, or less preoccupied with discerning the contents of the mysterious box, he would have noticed that the neighborhood all around him bore no signs of having weathered a thunderstorm just a few hours before.

But he was too busy staring at the content sheet of the parcel – which indicated that this was the GPU he had just ordered last night and that had somehow, inexplicably, arrived at his doorstep the next morning.

He must have been a randomized nobody of eBay’s drone delivery beta test, he figured, and took the parcel inside.

A few minutes later, the parcel wrapping lay shredded on the floor and the GPU had been hooked up to the motherboard for its first bootup.

The excitement was palpable and Andy was already mentally listing all the new AAA titles he would be able to play on this beauty.

The triple cooler shroud spun up and the PC POST-ed once. The SSD quickly booted the PC up and he entered his login.

A screen popped up almost immediately.

Huh. The window border and logo showed the GPU manufacturer but he had never heard of this title before. What did Pretium even mean?

It was probably a demo title to show off the GPU’s capabilities – he hadn’t seen those in a few years. He didn’t really want to get into a demo so clicked [No]

The GPU beeped and the screen went blank.

Andy was starting to get suspicious now. Maybe there was a reason this GPU had been so cheap. Maybe the bios was infected by a boot-stage adware that would keep spewing crap.

He decided to give it another try and rebooted the PC. The same screen appeared and this time, he clicked [Yes].

A loading screen popped up, showing a sign he had never seen before. And then, what was clearly a character creation screen came up.

A vague smoky blob with an “X” in the center was on-screen, with multiple configuration options showing on the side.

A few minutes of tinkering and Andy was impressed. This was some serious coding prowess. He hadn’t found any possibility he couldn’t explore in this creation menu. An old farmer with a shotgun? check. 16 legged monsters, check. Vispy, ethereal angel forms, check. Want to equip those monsters with claws? check. Rocket launchers? check.

He eventually settled for an eight-legged arthropod, equipped with razer sharp claws, and red stripes running down its legs. He maxed his character out on intelligence and strength (who really cares about charm and persuasion anyways) and clicked next.

A multitude of options filled the screen and as he scrolled down, he saw almost every mode ever conceived: Battle Royale, Chess, 1v1, you name it, you got it.

Since he just wanted to test the mechanics of the game out right now, he clicked on the 1v1 Duel option and hit next again.

The screen went blank and the PC rebooted.

He gave an internal sigh and mentally prepared himself for the return process. This was going to suck. He fully expected the PC to boot up and go into the same window again.

Only this time, it did not.

The PC booted up just fine and there was no sign of the weird demo. Feeling wrong footed, Andy looked through the drivers and control panel but could find nothing unseemly there. Running a couple of test games yielded some of the best scores he had ever seen in his life. In fact, a quick comparison of numbers on some benchmark sites showed him he had just won a couple of world records.

By the next hour, Andy had forgotten all about the weird demo screen.

It had been well over a year since Andy had made that fateful purchase.

It had been a year during which he had won multiple world records and the GPU had quickly become one of his most prized possessions.

He still did not know what had happened and when he had tried to lookup the eBay account again nothing had come up. His best guess was that he had won the silicon lottery in a truly spectacular fashion. His GPU could overclock to just about any frequency as long as its cooling solutions could keep up. He had found out that pretium was latin for price – whatever that meant.

More importantly, it had also been one week since he had put the card up for auction on eBay and the most competitive bid right now would set him for life; or at least for a few years.

In a very bittersweet mood, Andy accepted the highest bid.

He was pretty sure he wanted to git rid of this part before the next major architecture came around and its price would already have peaked anyways.

A few more minutes of loading screen and the transaction was confirmed.

By the time the door bell rang and the courier arrived, the GPU was all packed up and ready to go.

Andy woke up with a start.

His monitor screen was on again.

He really needed to get that surge protector he thought and made his way over to the screen.

The monitor only had one word on display: Pretium.

Alt + F4 yielded no results and it was only when he pulled the cord and the monitor did not power off did a sickly feeling start growing in his gut.

A few minutes passed and the hair on his neck started rising.

He looked behind and saw that a dense smoky blob was forming in the doorway.

As Andy watched with guttural horror, an X formed in the center of the blob followed by legs with the most horrifying claws and red stripes streaming down the sides.

With adrenaline flooding every system and shock seeping through his body as the monstrosity he had created formed in front of his very eyes, Andy opened the window and ran.

As tears mixed with the rain, and his heart felt like it would break out of his ribcage, he thought about what would be following him shortly. Fear ripped through him in waves and dulled his senses as he ran blindly into the night.

He didn’t know how long it would take but he knew the creature would come after him with everything it had got and wouldn’t stop till he was dead.

He had chosen the 1v1 Duel mode after all.

Somewhere across the continent, a boy couldn’t believe that he had just ordered one of the latest and greatest GPUs for essentially no cost at all.