Someone Found a Way to Post Your Own Text on Trump’s Website – Poop Emoji, “Clinton Wins” Followed 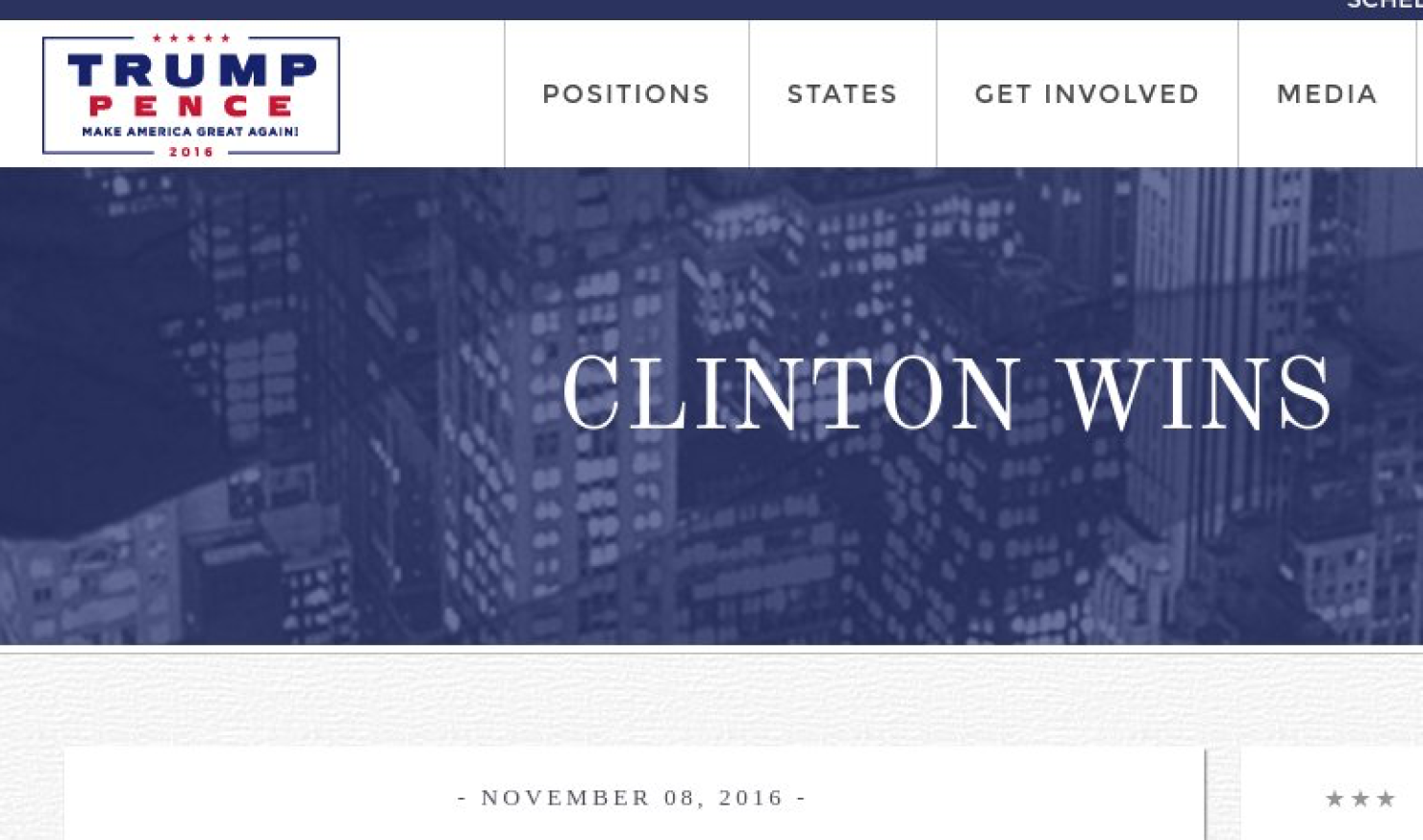 The road to the 2016 US Presidential Election has been nothing short of terrifying. From leaked emails to DDoS attacks, we have seen it all. Now nearly at the end, people had some fun tonight with Donald Trump's website. It may not be as exciting as last-minute email leaks, but someone discovered a glitch on the website which enabled you to make Trump's website say whatever you wanted it to... Pretty powerful, right?

Trump website featured a poop emoji, and a lot more

Trump is so good at cyber, great at Twitter - but his website suffered a little setback today when someone discovered that you could place a poop emoji in the site's header. It was later found out that you could essentially make it say anything you wanted to by adding your text at the end of the URL of the press release page.

Election followers had a storm on Twitter, playing around with the website. For example, the URL https://www.donaldjtrump.com/press-releases/archive/congratulations%20to%20president-elect%20clinton gave you;

Similarly, the URL www.donaldjtrump/press-releases/archive/_ led to a poop emoji, which by the way started it all. 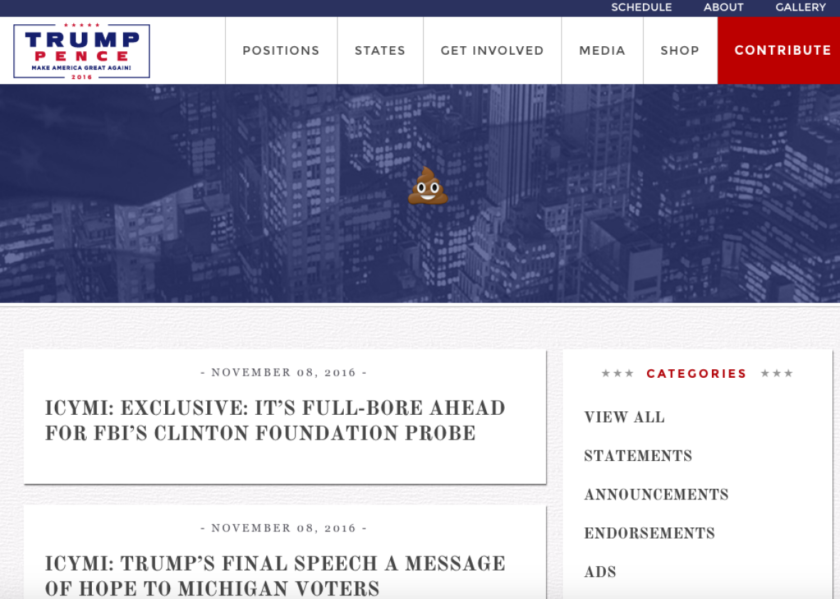 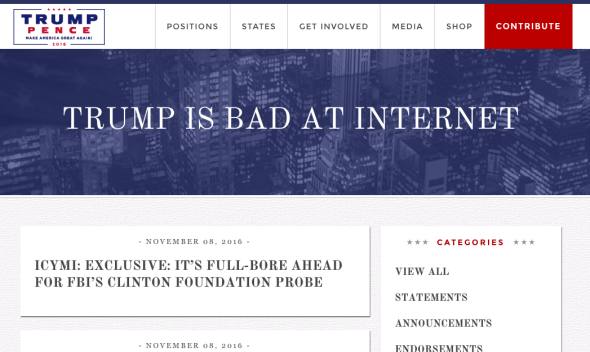 The issue has now been fixed by the candidate's campaign managers (who took the page off entirely!), but it did make it a little easy to kill time while the election results start rolling in. Of course, now you will have to deal with "conspiracy" stories on Twitter, but it was fun while it lasted. [No, it wasn't a "hack," so calm down!]

Here are some more screenshots to amuse yourself...

- How to Watch US Election Coverage Online

Remember: Voting by Text Message or Tweet Isn’t a Thing