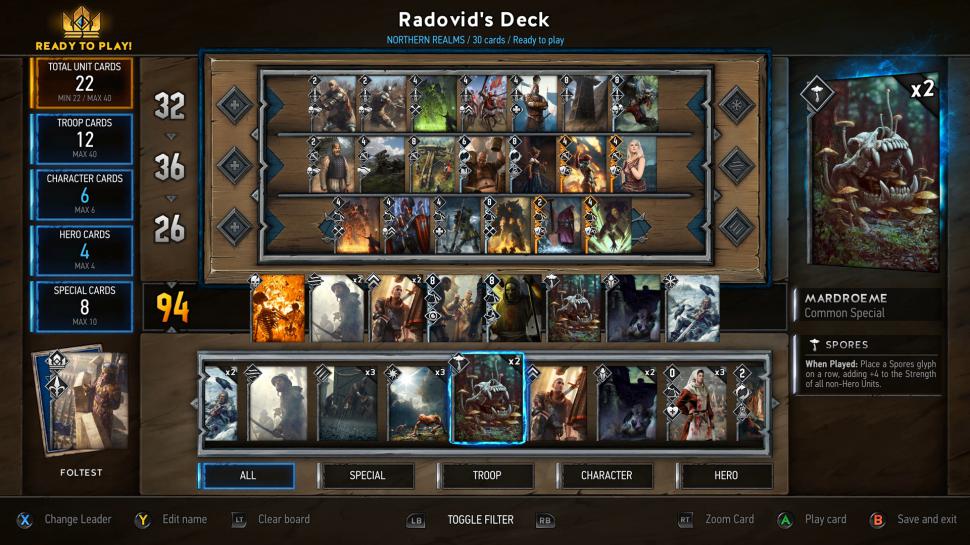 Today is a very good day for fans of The Witcher universe all over the world. After almost a year of closed beta, GWENT The Witcher Card Game is now available to all thanks to the public beta.

The GWENT The Witcher Card Game can now be downloaded on PC, PlayStation 4 and Xbox One, offering plenty of balance changes over the closed beta as well as new features such as a new currency that can be used to morph regular cards into Premium ones and more. All those who took part in the closed beta will have their progression reset, but also several rewards depending on their level and rank. All card kegs purchased with real money will also be returned.

From the creators of The Witcher series of games, developer CD PROJEKT RED, comes a different type of collectible card game. Based on skill rather than luck, GWENT encourages use of strategy and deception to defeat your opponents.

Played in a best of three format, GWENT is fast, fun and fresh — and now you can play it with friends!

GWENT The Witcher Card Game is now available for download for free on PC, PlayStation 4 and Xbox One.