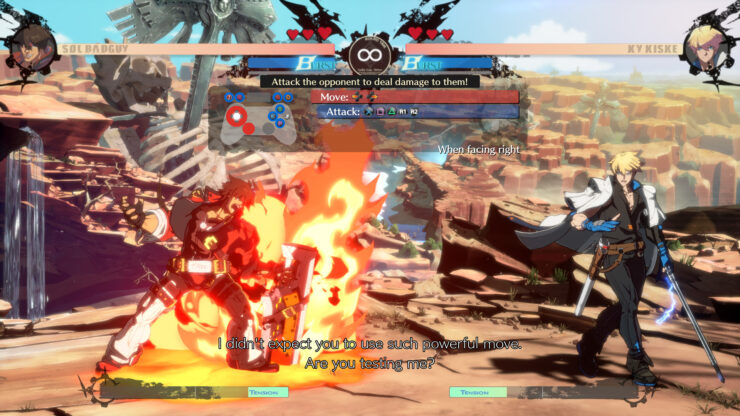 A new batch of Guilty Gear Strive screenshots has been released online, focusing on the game's offline modes.

The new screenshots, which you can check out below, showcase Arcade Mode, Tutorial Mode, Mission Mode, and Training Mode. Arcade Mode looks particularly interesting, as it will feature a branching system that will let players experience different story dialogues and battles depending on their performance.

Guilty Gear Strive is the latest entry in the long-running series developed by Arc System Works. Last year, Dave had the chance to try out the game's beta, highlighting how the game could be one of the best fighting games released in recent years.

Guilty Gear Strive Sold Over 500,000 Units Since Release; First DLC Character to be Revealed Next Week