If Arc System Works is known for one thing, it is their distinctive, gorgeous anime-inspired art style. The team has mastered the art of rendering 3D visuals as if they were fluid 2D hand-drawn animation cels, making games like Guilty Gear Xrd, Granblue Fantasy: Versus and Dragon Ball FighterZ look more visually compelling than games from most other genres. They are genuinely astounding to look at, and thanks to the extreme fighting game development talent Arc System Works has on staff, they play amazingly too, and Guilty Gear Strive is taking everything to the next level.

Guilty Gear Strive recently finished up its first closed beta, allowing players all over the world the chance to try out the brand new movesets of familiar characters, and experiment with the new mechanics of Guilty Gear Strive. Unlike Xrd Sign, Xrd Revelator and Xrd Rev 2 (Arc System Works like interesting naming schemes), Strive is a full sequel, a brand new entry in the Guilty Gear franchise, and it is looking to take the franchise to a new level, both visually and in terms of gameplay. 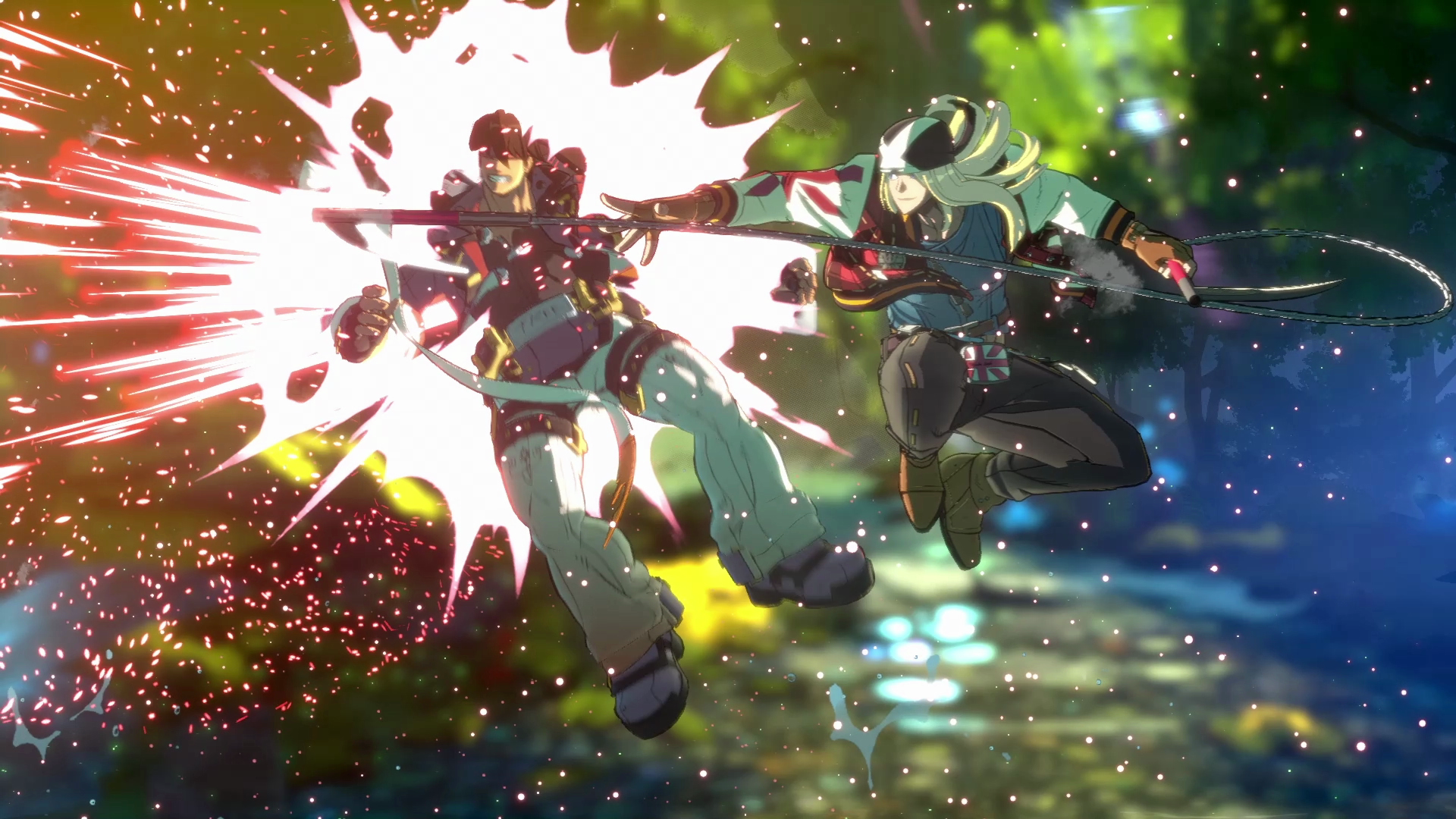 Guilty Gear fans will have already seen the trailers, and perhaps even played the game at an event before the Coronavirus put the world on hold. Characters in their introductions and fancy ultimate attack animations look incredible. The action goes slow-motion, the camera pans in and around these 3D models just to remind you that you're not looking at something hand-drawn, and it looks majestic. The fancy new visual flares even complement the gameplay in places - landing a counter on your opponent will now slow down the speed of the game, just for a second, pan the camera in towards the action, giving you a clear indication of what has happened and enough time to react to it. While in most fighting games a counter hit will allow you more time to attack and combo your opponent, this game also gives you the split-second of decision making which will allow you to confirm a huge combo. It looks great, and also serves a gameplay purpose that fighting game fans are sure to love.

Fighting game veterans love a high skill ceiling in their games, and it's for this reason that fans have worried about Arc System Works' future titles. Granblue Fantasy: Versus is a great game, but simplifies combos and combat by a fairly large degree. Even Dragon Ball FighterZ, which can include plenty of high-speed, lengthy combo loops, has basic mechanics, like auto-combos and a super dash, which are built for accessibility. And let's not forget BlazBlue Cross Tag Battle, a game which is incredibly accessible, in a series which is known, feared, and beloved for its complexity. Guilty Gear Strive is every bit as hardcore and technical as the fans demand. High speed combos, complex motion inputs, a vast variety of okizeme options depending on your character, smart combo resets - everything you expect from a fully-featured fighting system in your fighting game is here, and the most hardcore players will adore all of the combo potentially they'll be able to draw from these systems.

During any game beta, some server issues are completely forgivable - after all, that's what the beta is for in the first place, to stress test the network in anticipation for the full release. The good news here is that after playing the Guilty Gear Strive beta for multiple hours, I only had a single game that didn't feel right (it was a bit laggy). Other than that, it was incredibly smooth. Shockingly smooth. But the same can't be said for the lobby system. Arc System Works love to include unique lobby systems in their games, usually along the lines of a virtual arcade where you can sit with opponents to play them, but here it's just a strange 2D platformer?

You'll be in a 2D lobby, given a customisable 2D pixelated character, and you'll pull out a weapon to challenge others. Honestly, this is one of the strangest and worst online lobbies I've played to date. After how simple and understandable the lobbies were in Granblue Fantasy: Versus, this bizarre UI and UX nightmare is just baffling. I sincerely hope they change the lobby system by the time the game approaches release, but given the fact that the 2D sprite characters already have a large variety of cosmetic items to customise them with, I'm assuming this is locked in for the full game.

A shame, because in this beta experience it is the only downside on what is an otherwise astounding fighter. Truly, Guilty Gear Strive is visually jaw-dropping, and comes equipped with fighting game mechanics that could potentially make it one of the key competitive fighters to play in the years to come. At least, that's the hope, and Guilty Gear Strive gives me a lot of hope in the continued future of a competitive, friendly fighting game community.

The game is expected in late 2020 on PlayStation 4.