These days, LinkedIn profiles have become a veritable source of information on unannounced and/or canceled projects.

This time, Simon Larouche's profile provides two rather interesting tidbits of news. The first is that the 20+ years industry veteran (credited for his work on high-profile titles like Behaviour's Monsters Inc., Ubisoft's Far Cry Instincts, the cancelled Rainbow Six: Patriots, Splinter Cell: Blacklist and Watch_Dogs 2, and Guerrilla's Killzone 2 among others) has come back to Guerrilla in early 2018 in the role of Game Director for an unannounced game.

This confirms previous rumors that the Dutch studio has switched to parallel development on two projects. Guerrilla is obviously trying to finish up Horizon Forbidden West for a 2021 release on PlayStation 4 and PlayStation 5, but with over three years in development, this other title may not be far off from being unveiled either. There's no indication as to what it might be, though a Killzone revival on PlayStation 5 would be greatly appreciated by this writer. 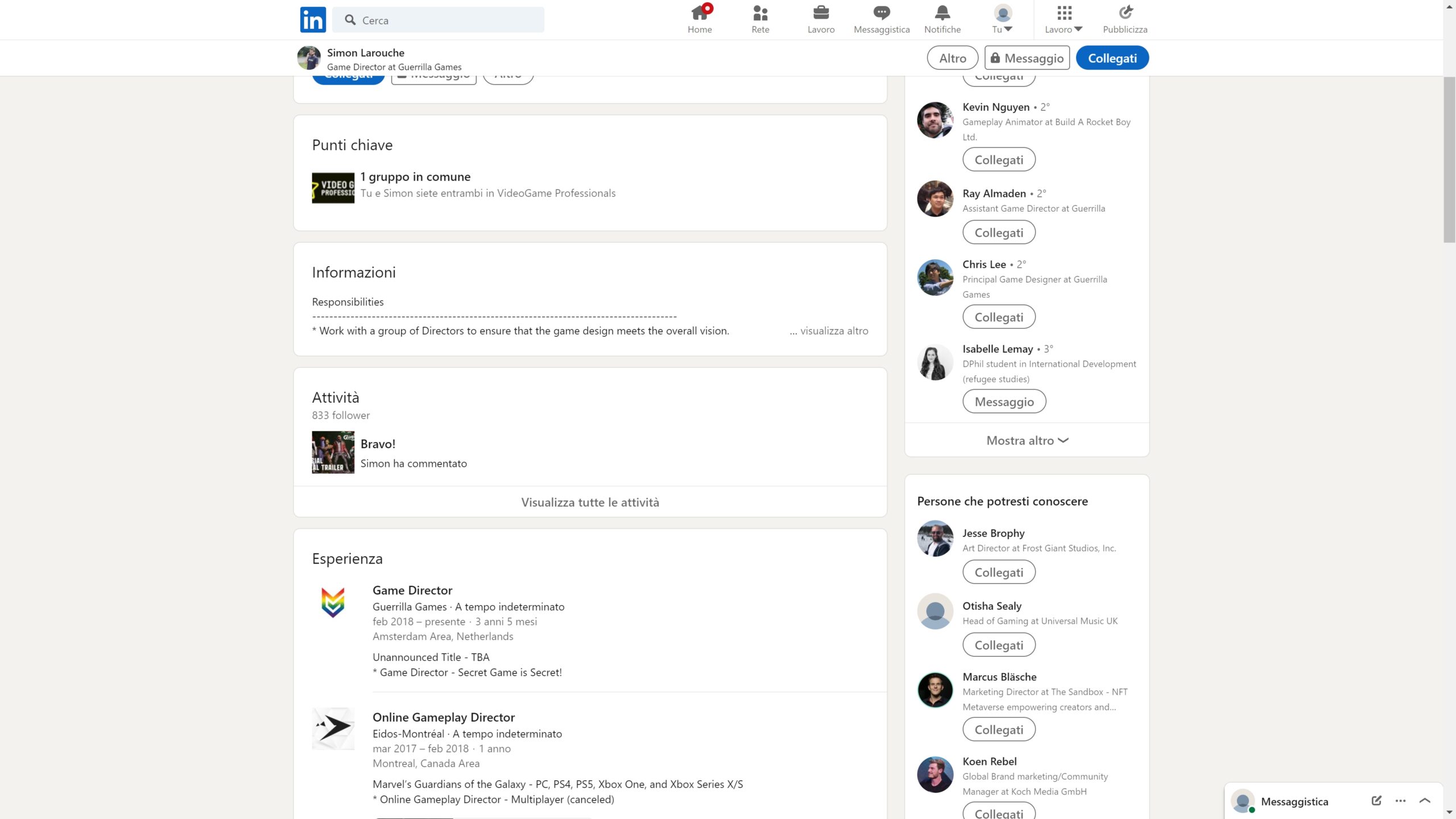 The other news tidbit is that before rejoining Guerrilla Larouche did a stint at Eidos-Montréal, working on the recently revealed Marvel’s Guardians of the Galaxy game. Even more interesting is that Larouche was the Online Gameplay Director for that game's multiplayer, which has now been cancelled as Square Enix officially stated it will be a single-player only game (with no DLCs or microtransactions to speak of, either). There were indeed rumors that Marvel's Guardians of the Galaxy was a live service game akin to Marvel's Avengers at some point, but that clearly changed at some point during the development. Something similar happened to BioWare's Dragon Age 4, which was once described as Anthem with dragons but has since veered back to targeting a single-player-only campaign.

Are you disappointed by the lack of multiplayer in Marvel's Guardians of the Galaxy? What would you like to see next from Guerrilla? Tell us in the comments.