Report: NVIDIA Geforce GTX 1080 Ti Sold Out, Restocking By The 25th of March, Custom AIB Variants In A Few Weeks 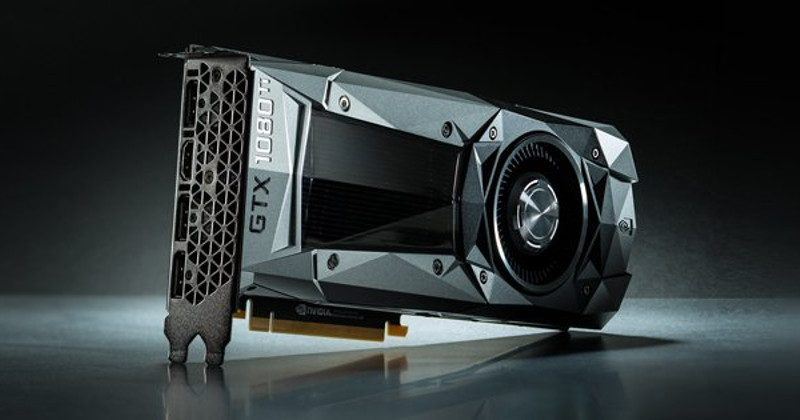 NVIDIA recently released the GTX 1080 Ti and it looks like NVIDIA and Add-in-Board partners were underestimating demand again since the GPUs are all sold out. The 1080 Ti is NVIDIA's flagship graphics card and aimed dead centre at the high end, PC enthusiast market with an MSRP of $699. Only the Founder's Edition cards are out yet and they have all been sold out (except for a few scalpers who are offering the units in limited quantities at very high prices).

The GTX 1080 Ti being sold out indicates once again, that demand has exceeded NVIDIA and Cos supply expectations for the product - which is always good. Unfortunately for any potential buyers however, there seems to be no way to buy the brand new graphics cared now. We ran our own channel checks and can exclusively tell you that we are expecting the second wave of GTX 1080 Ti supply somewhere around the 25th of March (for the Founder's Edition). 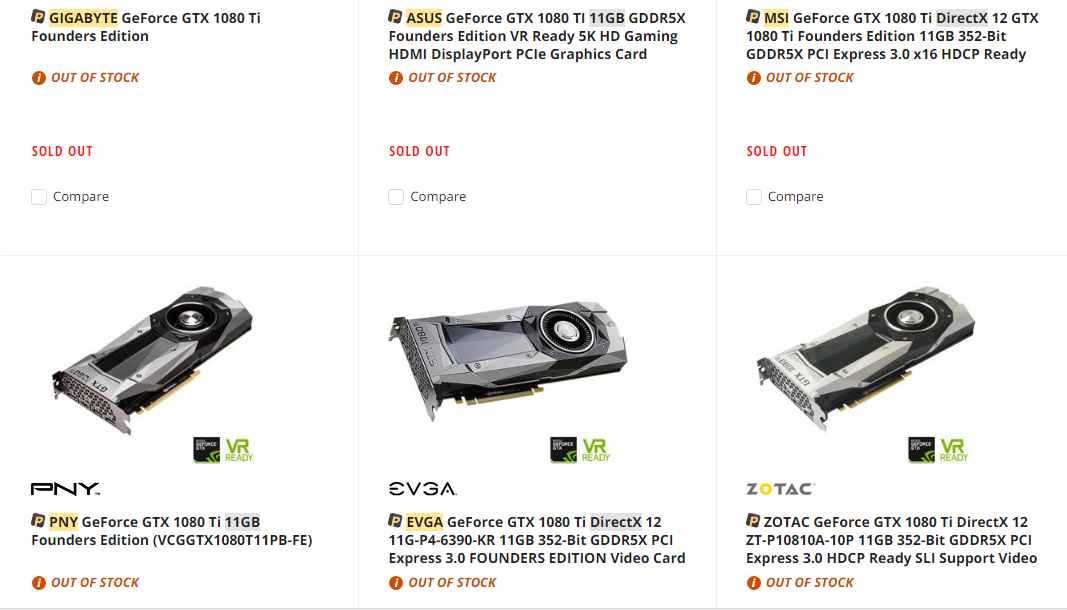 e-tailers like Newegg which do not advocate price jacking are all out of GTX 1080 Tis.

Most of the enthusiasts, however, will be waiting for the custom variants to arrive and the expected to date is within 4-6 weeks. This will include the graphics cards with beefed up power supplies and coolers - which are both attractive to enthusiasts since they raise the potential for overclocking and the 1080 Ti is something that will be able to benefit greatly from even a slight OC.

Willing to pay the premium? The GTX 1080 Ti is available (in a limited quantity) on Amazon for over $850

Of course, if you are someone with a lot of cash or don't mind paying the premium for getting your graphics card right now then you can head over to Amazon where there is still a limited quantity of the GTX 1080 Tis Founder Editions available, albeit at a very steep premium of $150 over the MSRP.  This price is still cheaper than the Pascal X(P) so I can see why some would be tempted to buy it at the high price anyways given the high end spectrum usually takes time to restock.

At the time of writing, the 1080 Ti can be still be bought from a few sellers on Amazon for a significant premium.

For the rest of us mere mortals you can continue monitoring these links for the price to drop (Amazon's dynamic pricing system will sometimes drop the price back to MSRP levels if the demand in a given period drops low enough):

The GTX 1080 Ti is based on the GP102-350-A1 die which has the same number of 3584 CUDA Cores as the GP102-400-A1 die the Titan XP rocks. The major difference between the two is 1) the GTX 1080 Ti has a slightly smaller bus width at 352 bits (a very odd number) but a much faster memory speed to compensate for it. It also has 11GB worth of vRAM (which either caused the odd bus width, or is because of the same) which is 1GB less than the Titan XP. With that out of the way and without any further ado, here are the benchmarks:

The Ti is clocked slightly higher than the XP and of course the biggest difference is that the Ti will retail for roughly half the price at an MSRP of $699. The NVIDIA GP102 Pascal GPU packs 12 Billion transistors and has 6 graphics processing clusters of which two come feature disabled SMs. This adds up to a total of 28 SM units with 128 cores each. ASUS, EVGA, Zotac, Inno3D and MSI have also teased their new cards which will be available during launch day.