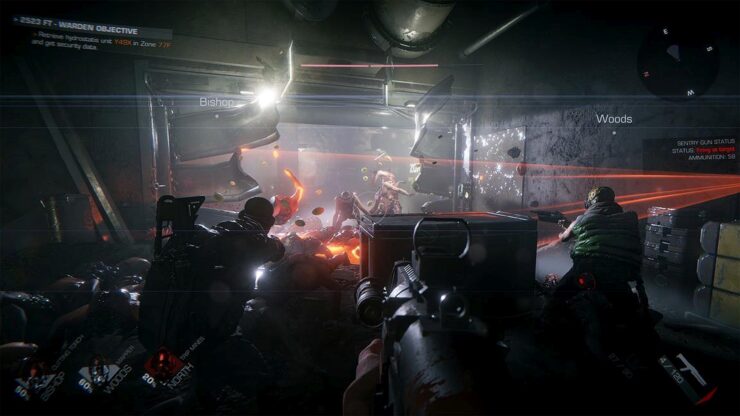 GTFO is alive. We're referring to the cooperative shooter in development at Swedish independent studio 10 Chambers, of course.

GTFO kind of fell of the radar for a bit after the developers had promised (and failed, evidently) to launch in the Spring season, but today IGN published a new 15-minute long gameplay video from the Alpha build of GTFO. You can watch it embedded below.

The developers confirmed on Twitter that the current goal is to launch GTFO on Steam Early Access before the end of the year. They'd also like to release GTFO on consoles at some point, but that will inevitably have to wait given the very small size of the team (10 Chambers currently has only nine employees).

GTFO is a 4 player action/horror cooperative game for those looking for a real challenge.
Players get to play as a team of scavengers, forced to explore and extract valuable artefacts from a vast underground complex that has been overrun by horrifying monsters. Gather weapons, tools and resources to help you survive - and work to unearth the answers about your past and how to escape.

World Premieres for Oddworld Soulstorm, GTFO and More To Be Showcased at Unite Berlin