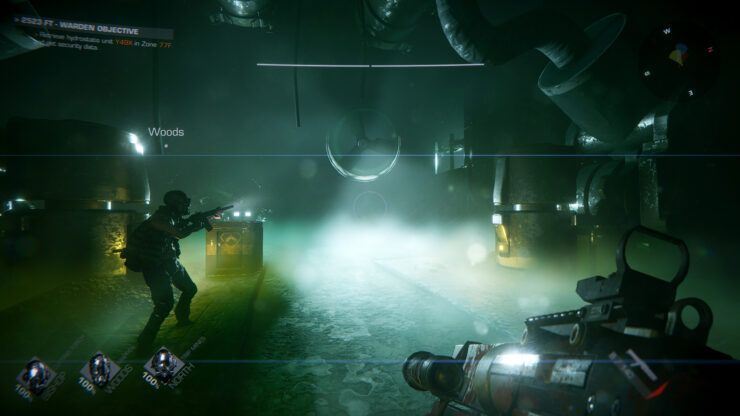 Yes, there's an upcoming game called GTFO. It was actually announced before E3 2017, but it flew under the radar until its reveal yesterday night at Geoff Keighley's The Game Awards show.

With Ulf Andersson (Game Designer on Payday and Payday 2) leading development at 10 Chambers Collective, GTFO is a 4 player action/horror cooperative game for those looking for a real challenge, according to its creators.
Players get to play as a team of scavengers, forced to explore and extract valuable artifacts from a vast underground complex that has been overrun by horrifying monsters. Gather weapons, tools and resources to help you survive - and work to unearth the answers about your past and how to escape.

The game is coming out next year on PC and you can already add it to your wishlist on Steam if you so desire.