GTA V Release Date, Trailer and Screenshots Revealed; Coming to PS4 and Xbox One in November, PC Version Pushed Back to 2015

Putting an end to all the suspicion that started growing roots recently, Rockstar has finally stepped into the limelight and announced the release date for GTA V, the upcoming record-breaking open world action-adventure video game title that has been uniquely redecorated with next-gen technology for the latest video game consoles and PC. Featuring various technical upgrades, the next-gen GTA V will land on PlayStation 4 and Xbox One consoles on November 18, the PC version however, will come a little late on January 27, 2015. Rockstar has also released new in-game media content such as trailer and screenshots, which are shared below. 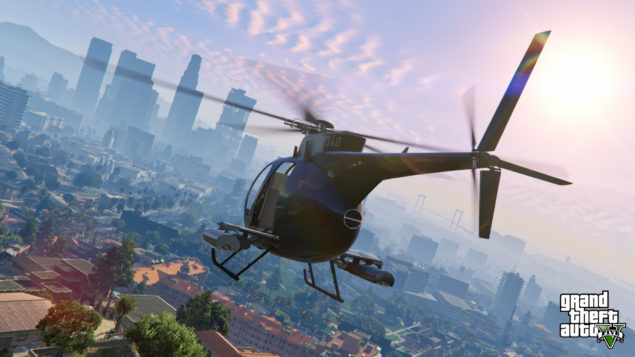 Next-Gen GTA V Coming to PlayStation 4 and Xbox One in November, PC Version Will Be Launched in 2015 - New Details Revealed

Back in June, during this year's Electronic Entertainment Expo, Rockstar announced that its all-time hit, record-breaking open world action-adventure video game, which was originally released on the last-gen PlayStation 3 and Xbox 360 console, will be making its way to the latest video game consoles and PC with a whole new complexion. Other than few details and an announcement trailer, the developer didn't say much about the next-gen version of GTA V. However just now, Rockstar has uncovered some new details about the game including final release date, trailer, and screenshots.

The release date for upcoming GTA V comes after weeks of speculations and proves that a recent leak on Newegg was exactly correct. It was also reported previously that the PC version of the game might be pushed back to 2015, and now it has been confirmed that PC players won't be able to enjoy the game anytime before January 27 next year. But while it is good to hear that Los Santos will come back to life once again, what's even more exciting is the visual upgrades and gameplay improvements that the GTA V will come packed with. You can watch the brand new, crazy trailer from PlayStation 4 version of the game, titled “A Picket Fence and a Dog Named Skip," below.

According to the release date announcement post on Rockstar Newswire, the next-gen GTA V will carry tons of new visual and technical upgrades. Alongside all new weapons, vehicles, activities, denser traffic, new wildlife, enhanced radio stations that come with more than 100 new songs and DJ mixes, a new foliage system, and enhanced damage and whether effect, the upcoming GTA V will feature dynamic in-game environments and realistic visuals that will consume the power of the latest hardware. All this will combine to offer far more immersive and engaging gameplay experience compared to the PlayStation 3 and Xbox 360 versions of the game.

Rockstar is also upgrading the Grand Theft Auto Online, the multiplayer mode of GTA V. New upgrades include an increased player count with online play for up to 30 players on the PlayStation 4 and Xbox One. There was no mention of the total player count on PC version. For those who have played the game on PlayStation 3 or Xbox 360 consoles, there will be an option to transfer their Grand Theft Auto Online characters and progression to thier choice of next-gen platform.

All those players who pre-order the next-gen GTA V will get an instant amount of 1 million dollars in-game cash, $500,000 of which will be for spending in the single player game, and the other $500,000 for Grand Theft Auto Online. Players coming from PlayStation 3 and Xbox 360 versions of the game will get access to exclusive content. The announcement post states:

"A host of new, exclusive content also awaits for players returning from the PlayStation 3 and Xbox 360 versions including rare versions of classic vehicles to collect from across the Grand Theft Auto series such as the Dukes, the Dodo Seaplane and a faster, more maneuverable Blimp; activities including wildlife photography and new shooting range challenges, new weapons and more."

Along with all the aforementioned info, Rockstar has also released a new trailer (shared above) and a batch of brand new screenshots from next-gen GTA V. You can check out these screenshots below.