The next-gen port of the record-breaking and all-time most popular open world action-adventure video game, GTA V, is among some of the highly anticipated titles coming out this year. Despite the lack of information and a specific release date for the game, the hype for Rockstar's blockbuster title is growing bigger, and apparently one of the supporting reasons is the leaked release dates that keep appearing on different online retailer websites. Today, a well-known and reliable computer hardware and software retailer known as Newegg listed next-gen GTA V for PC, PS4 and Xbox One with a release date of November 18, 2014. 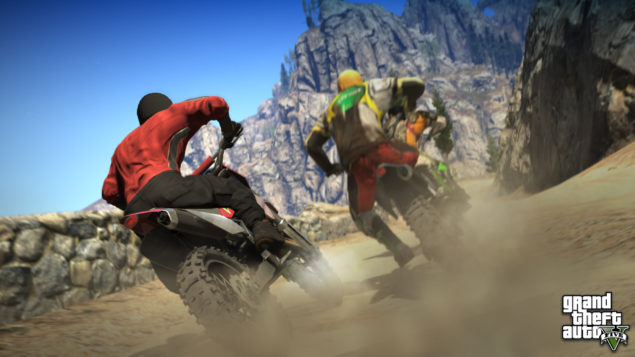 Millions of PC, PlayStation 4 and Xbox One gamers are eagerly waiting to get their hands on the upcoming next-gen version of GTA V, which is Rockstar's ambitious previous-gen top-selling open world action-adventure video game, but despite clarifying recently that the game has not been delayed, and it will be released later this year, Rockstar has not announced a specific release date. However, frequent listings and leaks are keeping the hype train on track for now.

Several online computer and video game retailers have been taking pre-order for the upcoming next-gen GTA V for a couple of months now, and some of them even hold a “provisional placeholder” or similar launch date of November. However, a few cases have popped up in the past showing something a little more concrete, and today, one of the most reliable online computer hardware and software retailer, Newegg, also came up with a release date of November 18, 2014 on the pre-order page of GTA V. 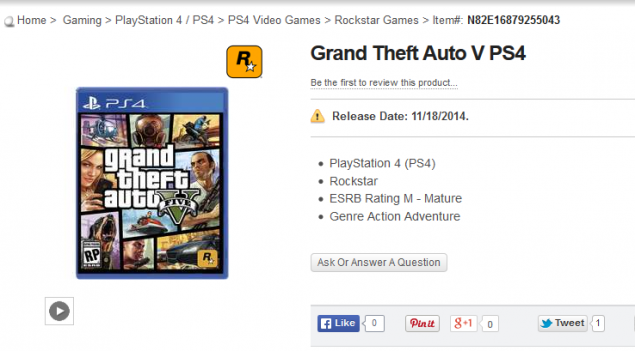 Not only Newegg, but some other retailers also previously came up with a November release date for GTA V. Rockstar has not said a word about the launch date of the game, but looking at the listings, it seems like November is the month, as it is also the right time to add the benefit of Thanksgiving/Black Friday to the sales of the game. Keeping this all aside, if Rockstar really wants to get the best from sales, they should better start spreading out the word by providing more information and in-game media content to the players before the game actually rolls out.

It was previously rumored that Rockstar is planning to cancel the PC version of the upcoming GTA V, but Rockstar recently confirmed against the rumors. What do you think about the release of next-gen GTA V? Share your thoughts in the comments section below.