Update
As per this support thread on Rockstar Support Forums, the news about GTA V PC cancellation does not seem to hold true. Rockstar support is confirming launch of GTA V for PC in Fall season, this year.

Listening to the weeps and appeals of its loyal fans, Rockstar finally took the covers off the next-gen GTA V at this year's Electronic Entertainment Expo, and announced that the record-breaking, ambitious open world action-adventure video game will land on the latest consoles and PC later this year, however, the conditions seem to be getting pale. Reports are coming in now, following the 2015 delay rumor, claiming that Rockstar could soon cancel the GTA V PC version due to "corporate problems." 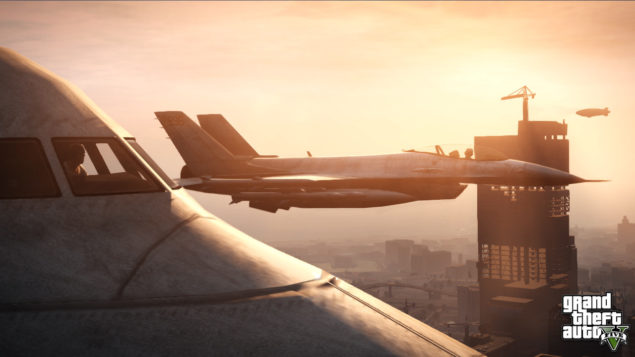 After releasing the game on last-gen PlayStation 3 and Xbox 360 consoles back in 2013, Rockstar finally announced that its all-time praised and most critically acclaimed open world action-adventure video game known as GTA V and its online multiplayer version called GTA Online will be making its way to PC as well as the latest PlayStation 4 and Xbox One consoles in the third or fourth quarter this year, however, due to the lack of official assertion and game news, rumors arose recently suggesting that the game might be delayed until early 2015.

Now, it has been reported by FoxWeekly that Rockstar could soon cancel the long-awaited GTA V PC version and shift all its focus on the console versions of the game. According to the site, the main source that confirmed the possibility of this event is a Rockstar employee; Brad, who claims to be the Marketing Director for Rockstar North, and founder of his own marketing company called Rantic, which came into being after GTA V was gloriously launched on last-gen consoles.

Brad first expressed his thoughts about the cancellation of GTA V PC version on Rantic's official website. Unfortunately, the website has now been hacked by furious Grand Theft Auto fans who want to witness the game's release on PC. However, before the site was taken down, FoxWeekly sat down with Rantic's Chairman John Hoffberger and questioned him about the the future of Grand Theft Auto series.

Other things aside, taking about the upcoming title, John reportedly stated that GTA V PC version could soon be cancelled due to "corporate problems." He said: "The next-gen console launch dates are still intact, but the PC game launch has been agitating for Rockstar staff." He continued by saying: ”Rockstar never wanted to release a PC version of GTA V, but due to high public demand, they were forced to do so.”

What do you think? Could Rockstar really cancel the GTA V PC version and delay the console versions until early 2015? Share your thoughts in the comments section below.