Can Watch Dogs Push Rockstar to Reveal GTA V for PC and Next-Gen Consoles at E3 2014?

PlayStation 4 and Xbox One users are already enjoying some great open world action adventure games such as Watch Dogs, but without Rockstar’s Grand Theft Auto title for the latest consoles, the library of next-gen open world action-adventure video games seems incomplete. However, word on the street is that Rockstar is most possibly preparing a stage at E3 2014 for Grand Theft Auto V next-gen port announcement; Well why not? Watch Dogs has tolerably taken over GTA’s next-gen throne and Rockstar needs to give out something everyone is hankering for to claim its place back. 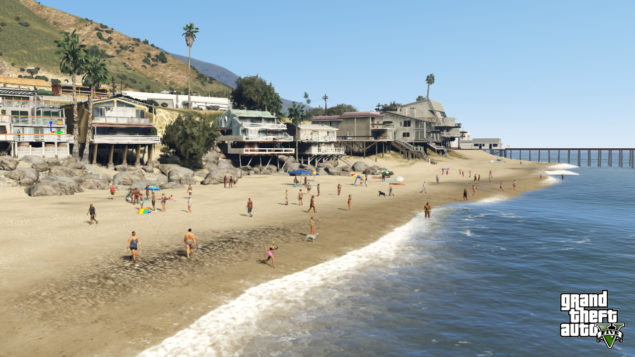 Why Next-Gen GTA V Announcement for PC, PlayStation 4 and Xbox One at E3 2014 is More Likely than Ever

GTA V has been rumored to release on latest consoles and PC ever since the game was originally released for PlayStation 3 and Xbox 360 last year. These rumors and leaks regarding next-gen version of the game have equally cheered up and annoyed many fans. Hints about a next-gen version of GTA V have dashed in from all means possible, including industry insiders and company officials. Looking at the sphere and how things are moving in the gaming industry; the possibility of Rockstar releasing its all-time hit title on next-gen consoles and PC is enough to make this post read on.

GTA V broke several industry records upon its release on the last-gen consoles. One of the seven top-of-the-list awards that the game has earned is the best-selling video game in first 24 hours of its availability. Reportedly, Rockstar generated more than $800 million from GTA V sales on its release day, this amount translates into about 13 million sold copies of the game. With a crowd this huge, GTA V became on of the top video game titles ever developed for PlayStation 3 and Xbox 360.

Even after early comparisons and Watch Dogs reviews proving that the game is not much impressive than Rockstar’s open world action-adventure title, Ubisoft is still slowly scoring new records with it. This is apparently because Watch Dogs is not into a strong brawl with some other next-gen open world action adventure title, and only something like next-gen version of GTA V for latest consoles and PC can stiff the competition. If Rockstar really has something in store for next-gen video games library, this might be a really good time for bringing it on the stage. Talking business-wise, producing new format of a game that ranks among largest selling titles of all time is nothing less than a smart move, and when you have an anxious audience numbering in millions, sales will shoot up like anything. 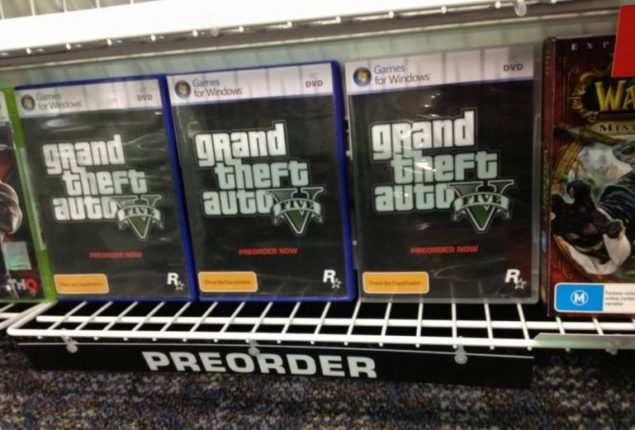 Initially, GTA V’s multiplayer suffered with a lot of common bugs and glitches, but now when the developer has stabilized the gameplay and in-game economy, GTA Online  is ranked among top last-gen games’ multiplayer modes. PC gamers are not having a good time with Watch Dogs, not only the multiplayer is causing trouble but the game’s single player mode is also affected by bad frame rates and other glitches. Releasing next-gen version of GTA V now will not only bewitch PlayStation 4 and Xbox One players, it will also put the arm on hardcore PC gamers to break open their piggy banks and grab their copies of the game.

“Rockstar Games is hard at work on their upcoming lineup, and we’re excited about what they have in store for the new generation of systems this fiscal year,” said Take Two Interative’s CEO, Strauss Zelnick a couple of weeks ago in an earnings call with investors and analysts, making it clear that Rockstar has something coming up. While its not completely sure that the upcoming lineup is next-gen GTA V, it is more likely than ever that Rockstar will reveal GTA V at the upcoming E3 2014 for latest-gen consoles and PC; that will give some hard time to Watch Dogs for sure.

People identified as Rockstar employe’s and industry insiders have been saying that next-gen GTA V is undoubtedly among E3 2014′s least disclosed video games. We all know that Rockstar does not usually participate in E3 and this time too, the company’s appearance has not been officially confirmed. However, Take Two Interactive, the distributor of GTA V on last-gen consoles, will be attending this year’s E3, thus, gamer’s have their hopes high. Worth to mention here, an insider also suggested that there is a possibility of Sony announcing the next-gen GTA V.

After the website pre-orders, insiders’ tips and Take Two statements, do you think Grand Theft Auto V next-gen port is really imminent? Let us know in the comments below.