Rockstar has taken the wraps off the first Grand Theft Auto 5 DLC, Beach Bum Bum pack, revealing bunch of new missions for GTA Online, new weapons and vehicles for both story mode and online and much more. Beach Bum Bum pack will be launched as a part of 1.06 update for the game. Both updates will be available to the players next week. 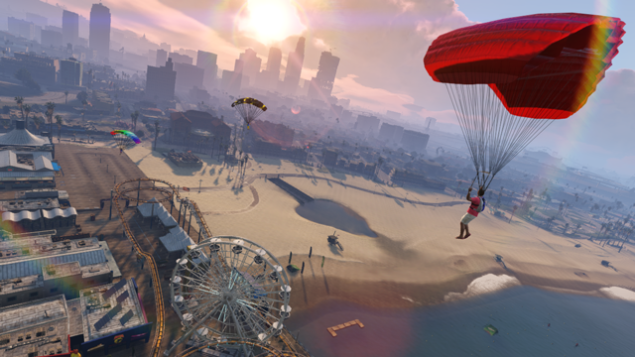 Rockstar is going very apt with the GTA Online. To keep the fun alive in the both offline and online gameplay, the company announced first proper Grand Theft Auto 5 DLC some weeks ago.

Today Rockstar revealed some details of the DLC revealing some screenshots and official release date of Beach Bum Bum pack and 1.06 patch. The first Grand Theft Auto 5 DLC launches on November 19th as a part of 1.06 update for the game. The downloadable Beach Bum Bum pack would include collection of new outfits, some new weapons and vehicles that would be accessible in both single player and multiplayer. New mission types would also be introduced in GTA Online.

New missions include several different races, deathmatches, team standings, survivals and Gang Attacks. All the new activites would keep the players busy for quite sometime. Rockstar also posted some of its favourite missions on the Newswire, described below:

•     "Grass Route II" (Race): In this sequel to the original popular Grass Route Race, go off-road in an epic heat starting on the North bank of the Zancudo River through the treacherous wetlands with a triumphant finish on the beach in North Chumash.

•    "Survival on Del Perro Pier" (Survival): Skip the ferris wheel for a deadlier kind of thrill ride as you take on waves of relentless enemies at this beachfront attraction.

•    "View of Vespucci" (Parachuting): This leap sends you from 2,980 feet, down towards Vespucci Beach, weaving through palm trees to land on the basketball courts of the rec center. If you've got skills, it's possible to freefall through the first few checkpoints before even opening your chute.

•    "Paleto Beach" (Team Deathmatch): The locals complain that not a lot happens in this sleepy town, so do them a favor and wake 'em up with a barrage of gunfire exchanged between you and a rival team. This Team Deathmatch takes place right on the romantic shoreline for 4-8 players.

•    "Sundae Driving" (Bike Race): Sure to be a new fan-favorite motorbike race, menace Vespucci Beach on your two-wheel rocket, taking breakneck corners as you try and best the competition 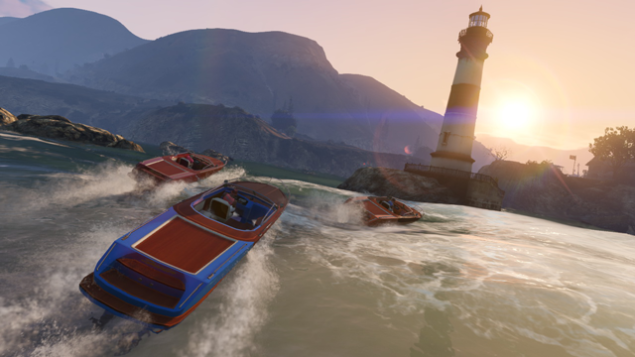 Four new sand-and-surf-ready vehicles are coming in the DLC. The vehicles include BF Bifta dune buggy, the rugged Canis Kalahari off-road truck, the Bravado Paradise beach camper van and the fast and stylish Speeder speedboat. The vehicles would also be available in the offline story mode and all the vehicles would come at no in-game cost. Rockstar Newswire post says:

"All four vehicles will be available at no in-game cost, with the land-based vehicles accessible from the southernsanandreassuperautos.com website and the Speeder available via docktease.com on your in-game phone (call Pegasus for delivery). These vehicles are also available in Story Mode for Michael, Trevor and Franklin to enjoy - to access them, visit your garage property and the Marina property for the vehicles and the boat respectively." 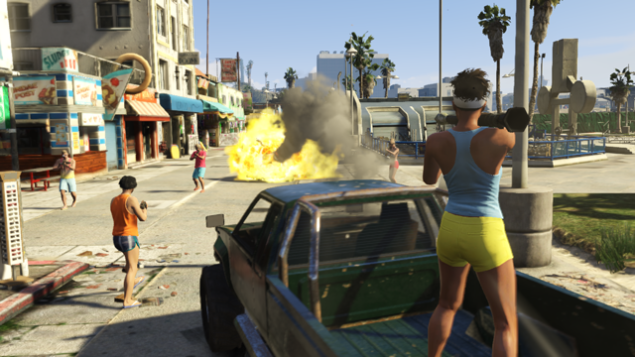 Players would get two new weapons in both online and story mode of the game. The “compact yet deadly" SNS Pistol and the "brutal" Broken Bottle, the weapons are melee based and would be very effective in up close fights and encounters. On the availability of weapons, Rockstars says:

“Each weapon will be available gratis from any Ammu-Nation location in GTA Online and will be added straight into each of the three characters' inventory in Story Mode.” 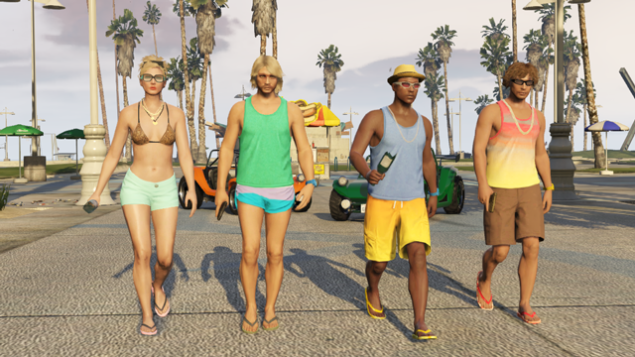