JulioNIB, the modder behind Iron Man, Hulk and Watch Dogs mods for GTA IV, has released a new mod for GTA V that brings a Just Cause inspired grappling hook. 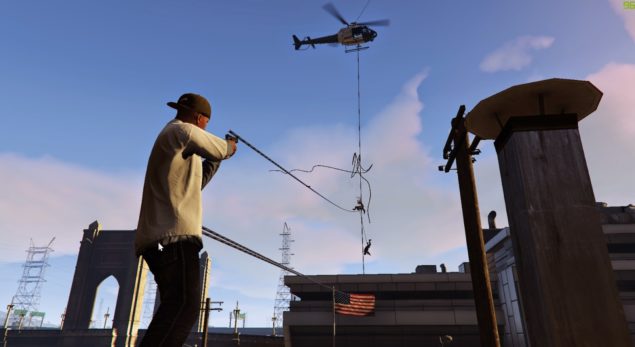 The mod can be downloaded from JulioNIB’s blog.

To do (next version):

You can view a few screenshots and a video showcasing the mod below: